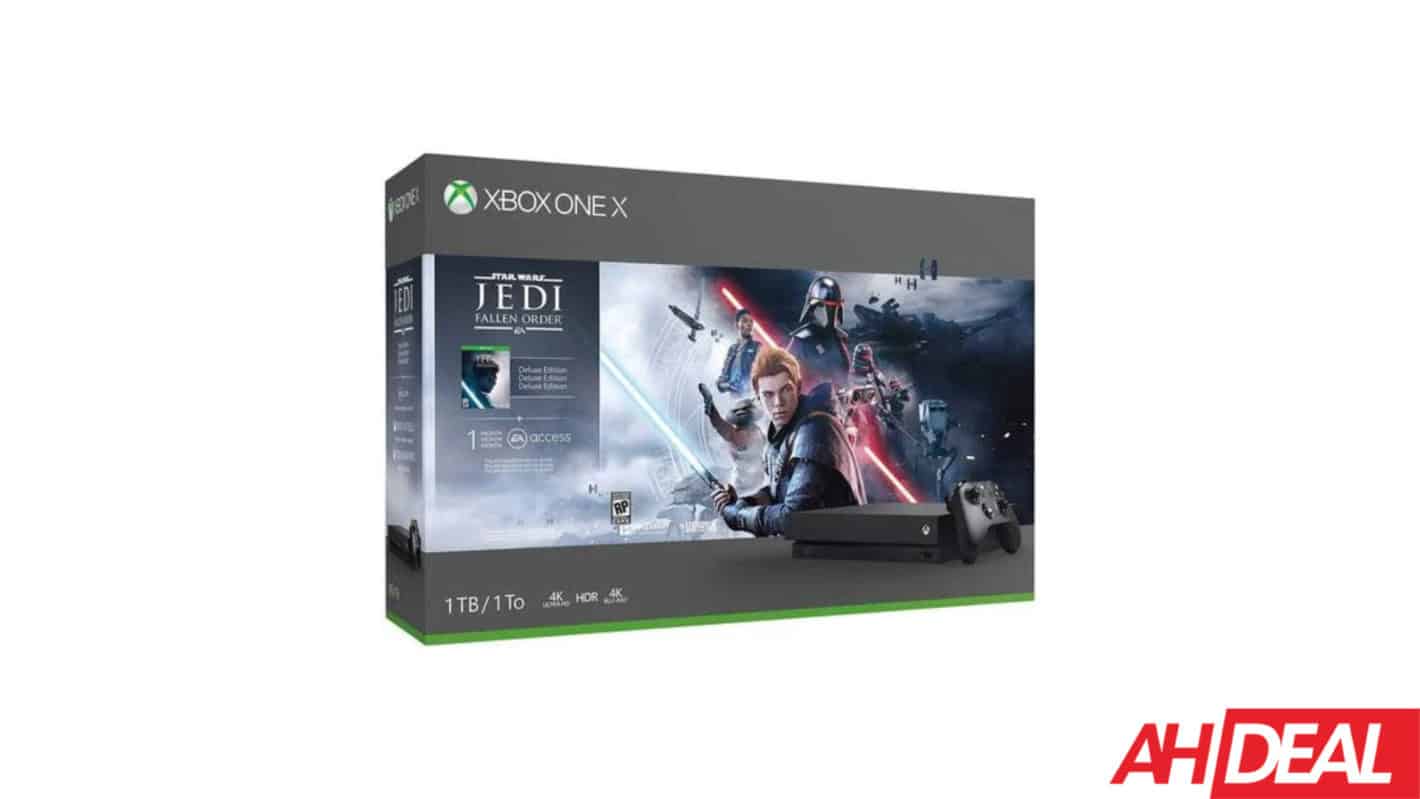 We wrote a deal about the Xbox One X Star Wars Jedi: Fallen Order Bundle yesterday when it was on sale over on Google Shopping for $347. We said that it would likely not get any cheaper. Then the next day, Woot said "hold my beer" and made the exact same bundle, $37 cheaper. It is now $310 at Woot.

However, there is a catch. The bundle from Google Shopping is new, Woot's bundle is a factory refurbished Xbox One X. So depending on whether you really want a new one or not, the Woot price might be better.

This bundle includes the Xbox One X which is the 1TB model, and the Star Wars Jedi: Fallen Order game included. That is a really good price. Considering the Xbox One X rarely drops below $400 by itself. And for a refurbished model it rarely drops below $350. Here you are getting it and a game for even less. And considering how popular this game is, it's definitely worth picking up.

If you have a big Star Wars fan on your list this year, this is going to be the gift to get. And considering it is only $310 right now, it's definitely worth picking up.

The Xbox One X is the most powerful gaming console on the market right now. It is able to play games in 4K HDR, as well as playing media. So if you want to watch some 4K Netflix content, the Xbox One X is going to be the one to get for that. Gaming in 4K HDR is definitely a really cool experience, and you'll have to try it yourself to see.

You can pick up this Xbox One X Star Wars Jedi: Fallen Order Bundle from Woot right now for just $310. But this price is only going to be available today.