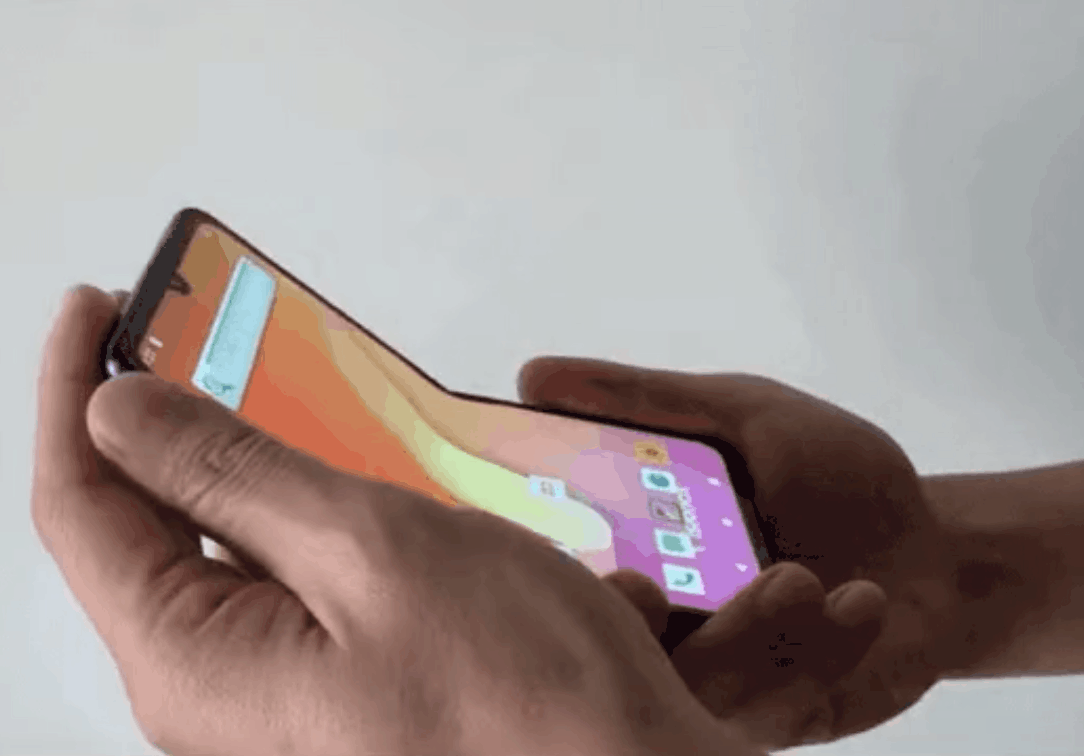 Remember Mi Mix Alpha, the futuristic Xiaomi smartphone with 180.6-percent screen-to-body ratio? Well, Visionox, the company behind that futuristic display, is all set to take its display game a step further as it showcased several new display prototypes at the First World Conference on Display Industry in China.

The Chinese display manufacturer showcased a foldable clamshell smartphone, a rollable OLED panel, and a truly bezel-less smartphone during the three-day event held in Hefei, Anhui Province of China. The Visionox foldable smartphone resembles a standard Android handset from 2019, even featuring a waterdrop notch, but folds into half at the center. On folding, it transforms into a 13.3mm thick square-shaped pocketable gadget. The screen bends at a 2.5mm radius.

Though it is just a prototype, the design looks much more polished than the recently announced Motorola Razr foldable smartphone. It features a 6.47-inch flexible AMOLED display with on-cell technology. This new technology is said to reduce the thickness of flexible screens by 30-percent. Visionox is confident that it can remove the crease on the display by the time it develops into a real product.

Foldable smartphones might soon become a norm in this fast-paced world of technology. What next? Well, Visionox is also showing us a glimpse of the future after foldable smartphones as well. The company showcased a rollable AMOLED panel that can be rolled in a 7mm radius. The panel features on-cell display technology and self-lamination.

According to the company, a rollable panel would significantly reduce the area taken up by the display. This would make way for other components. However, it still requires a lot of refinement before it can be wrapped around a handset. And that is probably why the company chose to show just the display and not a more complete product. 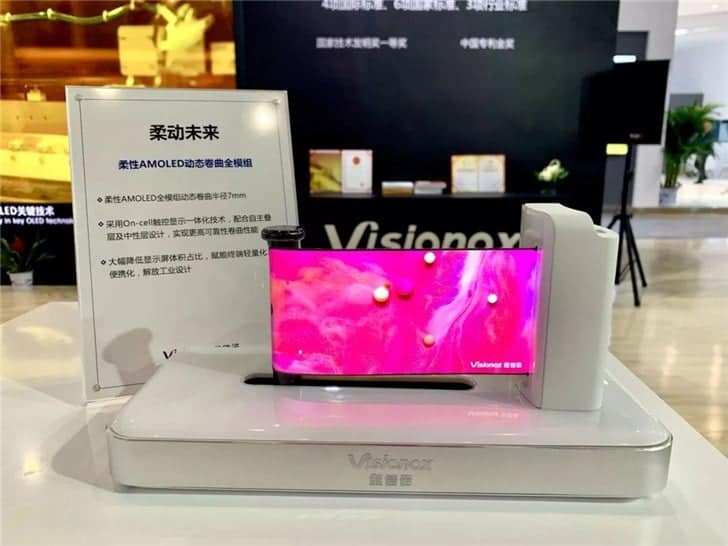 Just like foldable smartphones, rollable displays aren't a new concept either. Several other display manufacturers, including BOE, LG, and Samsung have demoed rollable screens in the past. 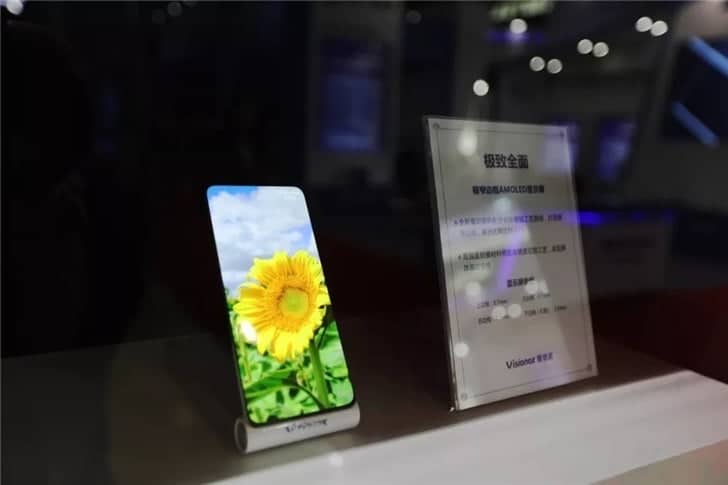 In addition to these two next-gen display prototypes, Visionox also showed a truly bezel-less smartphone at the event. With a 1.5mm bezel at the bottom and 0.7mm bezels on the other three sides, Visionox could achieve a screen-to-body-ratio of nearly 97-percent on this device. There's no telling as to how ready the company is with this device, or the other two.

However, it's now evident that Visionox is well and truly on the way to becoming a big name in the display industry. The company is the sole provider of Xiaomi's Mi Note 10. Expect it to be partnering with more phone makers in the future.