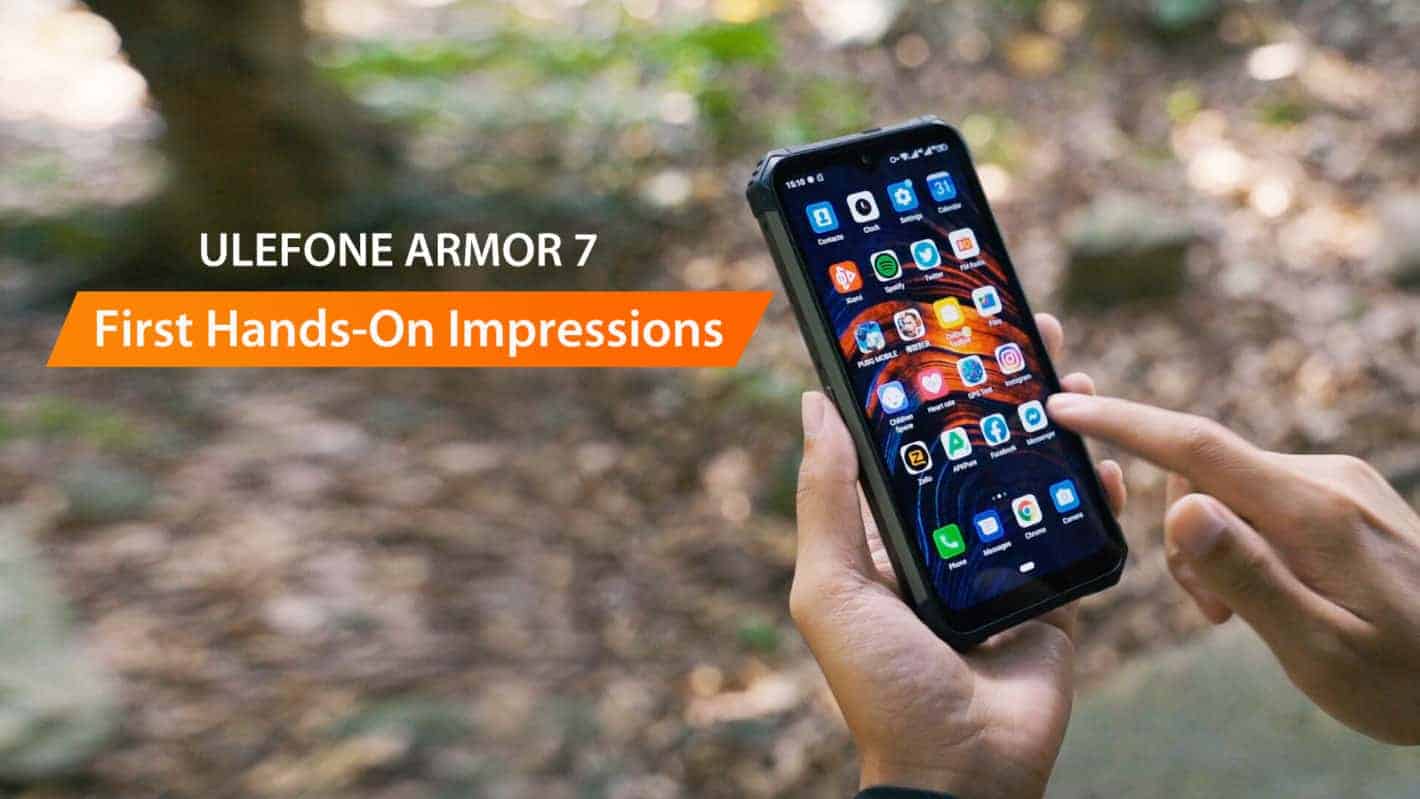 If you're interested in purchasing the Ulefone Armor 7, the company just released an official hands-on video with the device. This video has a duration of about two minutes, and it is embedded down below.

The Ulefone Armor 7 hands-on video will give you a better idea of what to expect from this phone, in case you're buying it. It does not just provide a quick overview of the phone's design, but also shows its UI, usage, gaming, and so on.

It is quite clear from this video that this rugged phone can offer really good performance. The company's employee switched through several apps in this video, and also played a rather graphics-intensive game.

This video also provides that the phone is drop-resistant, and also water-resistant. The device includes a heart rate sensor on the back as well, which is a rarity for rugged smartphones.

You can also check out a daylight camera sample in this video. That image does look okay, but this is not a camera-focused smartphone, so keep that in mind. It does have a 48-megapixel main camera on the back, though, so it can certainly do its part in the camera department.

As already mentioned, this is a rugged phone. That is noticeable based on its design, but the phone doesn't look half bad. In fact, it looks really nice for a rugged device.

The Armor 7 includes a waterdrop display notch on the front, and three cameras on the back. Its bezels are not that thick, despite the fact it's a rugged device.

The Armor 7 is IP68/IP69K and MIL-STD-810G certified. This means that it is not only water and dust resistant, but it can also handle some drops.

The phone features a 6.3-inch fullHD+ display, 8GB of RAM and 128GB of expandable storage. The device is fueled by the Helio P90 64-bit octa-core processor.

48, 16, and 8-megapixel cameras can be found on the back of this phone. A 16-megapixel selfie camera is also included, though.

The Ulefone Armor 7 can now be ordered from Banggood for $369.99. It is also worth noting that Ulefone announced its discounts for the 11.11 shopping festival which kicks off soon.