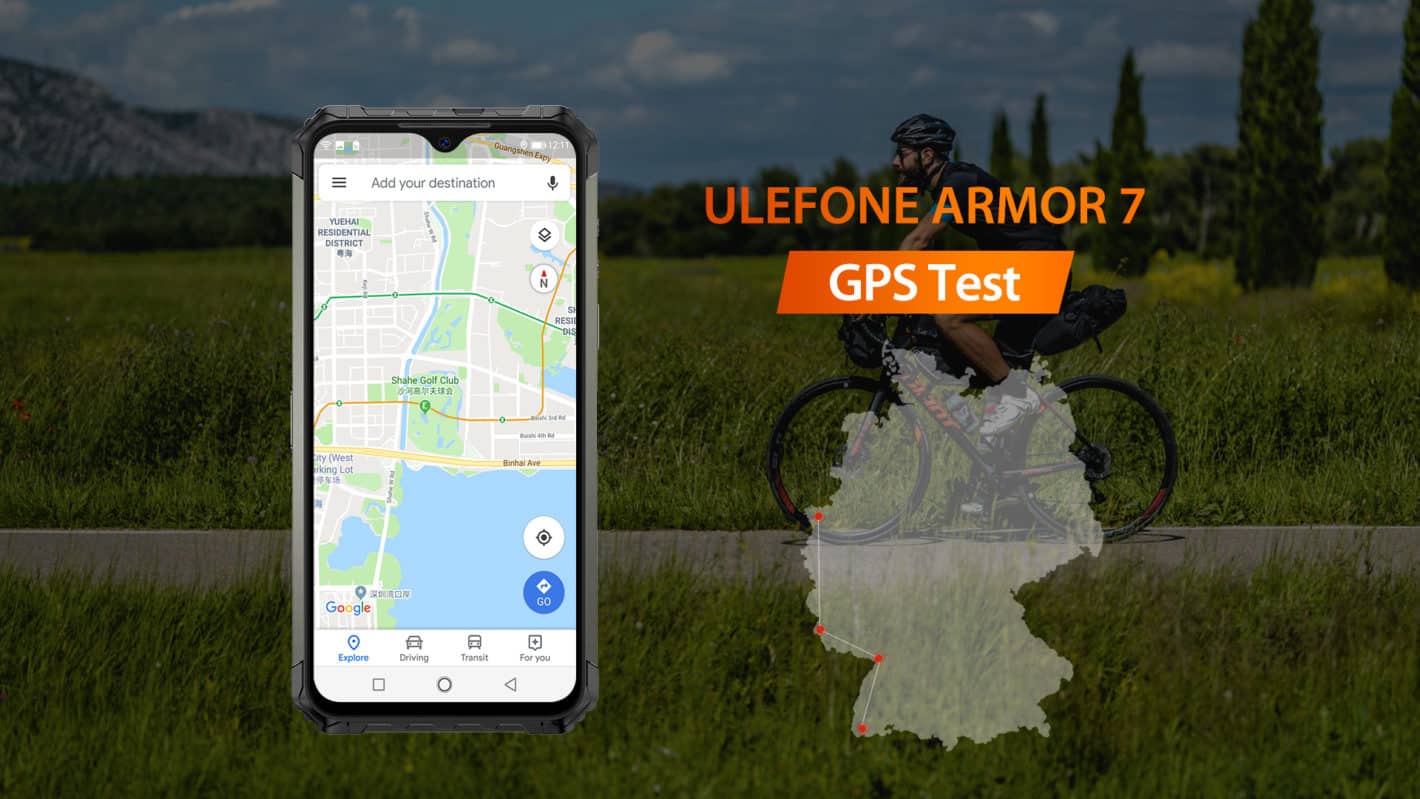 A new Ulefone Armor 7 promo video is here. This time around, the company is focusing on the Armor 7 GPS performance. Ulefone usually publishes a video like this for every major device it announces.

This promo video has appeared on the company's official YouTube channel, and it has a duration of about one minute. The video is embedded down below.

The Ulefone Armor 7 is equipped with GPS, GLONASS, Beidou, and Galileo in order to offer the most accurate positioning. In the provided video, you can see the phone in action.

According to GPSTest results, the Armor 7 was able to reach 42 satellites, and lock into 18 of them for positioning. The company says that the phone is extremely accurate when it comes to positioning, it can miss an exact position up to 1m, not more than that.

The device is shown in action in the provided video. It did a great job, as you'd expect from a modern smartphone.

The Ulefone Armor 7 is a rugged smartphone, for those of you who are unaware. The phone actually looks really nice for a rugged phone. It comes with a small dewdrop notch at the top, and its bezels are thick, but that's normal for a rugged device.

The phone includes three cameras on the back, and it is quite sturdy all around. Its corners come with an extra layer of protection, in case you drop it.

The Armor 7 is IP68/IP69K certified, while it also comes with MIL-STD-810G certification. That means that not only is it both water and dust resistant, but it can also handle some drops.

The device features a 6.3-inch fullHD+ display. The phone is fueled by the Helio P90 64-bit octa-core processor. It comes with 8GB of RAM and 128GB of internal storage.

A 5,500mAh battery is also a part of the package. The phone supports 10W wireless charging, which his a rarity when it comes to rugged devices.

A fingerprint scanner is included in the package, and the phone supports facial scanning as well. Android 9 Pie comes pre-installed on the device.

If you'd like to purchase the Ulefone Armor 7, you'll need to splash out $369.99. That is a discounted price tag for the phone, and it won't last for long. Once Ulefone sells over 1,000 units, the price will rise, and keep rising. Therefore, hurry up if you're interested.