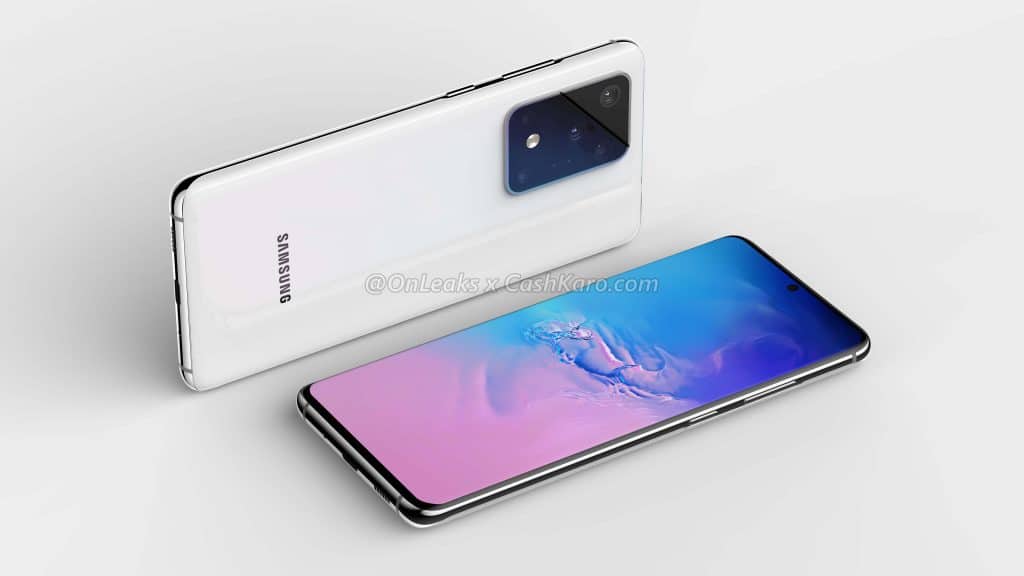 The Samsung Galaxy S11 and S11e renders appeared quite recently, and the Galaxy S11+ just surfaced as well. In all three of these cases, @OnLeaks partnered up with a different website to deliver the renders.

This time around, the tipster partnered up with CashKaro in order to make it happen. The Galaxy S11+ is shown from pretty much every angle, in both images and video. These are CAD-based Galaxy S11+ renders, by the way.

Before we get down to details, it is worth noting that Ice Universe, a well-known tipster commented on these renders recently. In his tweet, he said that these Galaxy S11+ renders are not accurate.

He said that the renders are wrong, or the key part are wrong. The tipster also added that the real design of the Galaxy S11+ is "more beautiful". He thanked @OnLeaks on his effort though, as he suggested that it's possible that the tipster got the wrong information.

@OnLeaks is basically never wrong when it comes to such leaks. He often shared CAD-based renders of upcoming devices, usually flagships. It will be interesting to see how will he react to this, and if the information is accurate.

Having said that, the Galaxy S11+ design that the source shared resembles the Galaxy S11 and S11e which appeared recently. This design does bring a larger camera setup on the back, with more sensors. The device is also larger as well, due to a larger display.

The phone is made out of metal and glass, and all its physical keys sit on the right. The volume up, volume down, and power / lock keys. A display camera hole is included in the package as well, and it is centered at the top of the display.

The phone's display and the device itself offer rounded corners. The bezels are almost non-existent, while the company's logo is visible on the back of the phone.

The device is expected to include a 6.9-inch curved display

The phone will feature a 6.9-inch curved display, according to the provided information. That display will be less curved than the one on the Galaxy S10+, claims the source. An in-display fingerprint scanner will also be included, under the Dynamic AMOLED display.

The phone is said to include five camera sensors, and two additional sensors. Those sensors, as you can see, are all over the place within the general camera module. They're not aligned at all. An LED flash is included as well.

One of those cameras on the back will be a new 108-megapixel sensor by Samsung. The device will be able to provide 5x optical zoom, and 8K recording is also rumored.

The source claims that the Galaxy S11+ will roughly measure 166.9 x 76 x 8.8mm (10.2mm including the camera bump). The main speaker will be placed on the bottom of the phone, along with a Type-C USB port.