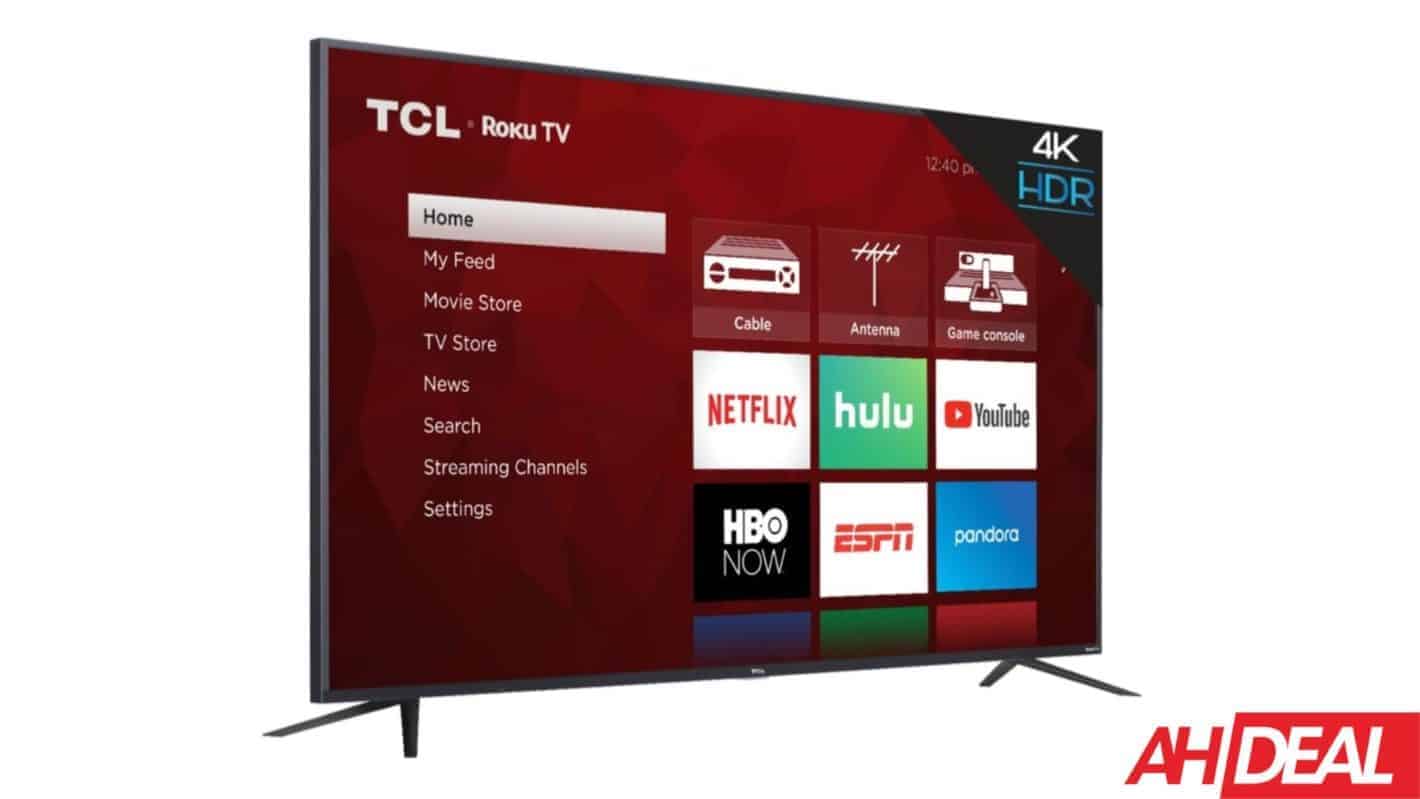 What's more, Amazon did drop down to the same price although it appears Amazon has already sold out. The $700 price appears to be the cheapest price Amazon has ever sold this TV at.

Besides the more screen to look at, this TV comes with Roku built-in. That matters, as Roku TVs are a great way to instantly migrate over to a streaming way of life.

Over the past couple of years, Roku has risen in prominence and is now one of the major players in the streaming platform market. In no small part, thanks to the availability of great TVs at rock bottom prices, like this one.

Another major benefit of having Roku on this TV is the ease of access to The Roku Channel.

With The Roku channel, you can watch a number of TV shows and movies for free.

Besides the more screen, Roku, and free content available through The Roku Channel, this is a 4K TV with HDR10 support. Adding to that is a 120Hz CMI effective refresh rate along with upscaling technology. The latter look to improve the view on non-4K content by upscaling it to 4K.

If audio matters, then things aren't too bad here either. This TCL 4-Series TV comes with a total audio output of 20-watts. Basically, 10-watts per channel.

Overall, for the price you're paying here, you are getting a whole lot of TV. Yes, TCL does have better lines available, such as the 6-Series and the 8-Series. However, both of those lines are more expensive.

For example, the 6-Series is cheaper than the 8-Series and right now you'd be looking at double the price of this TV for a 75-inch 6-Series TV.

At this price, it's worth supersizing up.