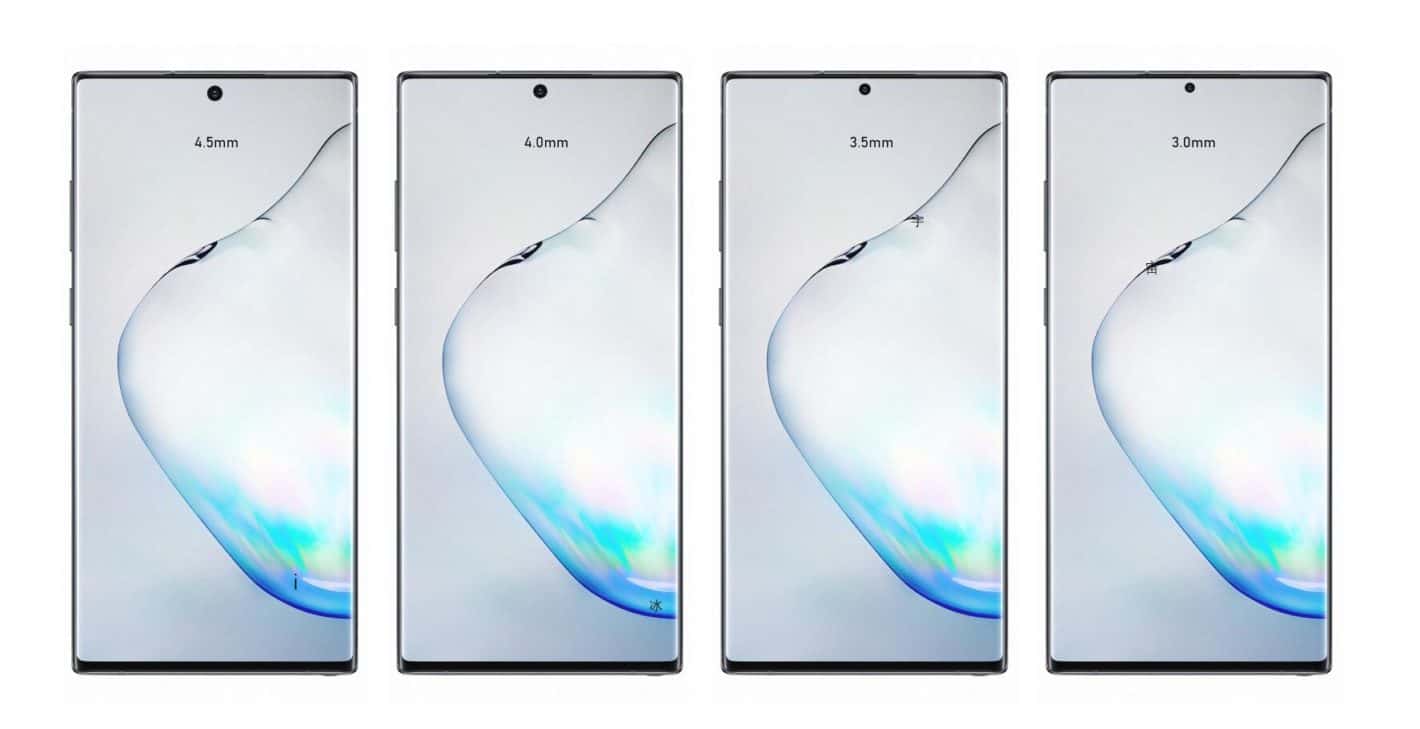 This information comes from Ice Universe, a well-known tipster. He also claims that display camera holes on smartphones will become quite small next year. You can expect to see those holes shrink down to only 3mm in diameter.

For comparison, the Samsung Galaxy Note 10 and Note 10+ have a display camera hole of 4.5mm. That camera hole is quite small, especially in comparison with initial phones which included such a setup.

A 3mm display camera hole is noticeably smaller than a 4.5mm one

The tipster actually used the same phone (the Galaxy Note 10) to show you the difference between the sizes. These renders have been created by him, they did not leak or anything of the sort.

As you can see, those display holes will become extremely small in 2020. The source even notes that it's possible some will be smaller than 3mm.

Ice Universe is usually spot on with such insight, so chances are this will happen. The Galaxy S11 series is expected to include display camera holes, and it's quite possible they will be 3mm in diameter.

Under-display camera technology is coming, but not yet

Chances are that we may see initial smartphones with under-display cameras next year. The tehcnology probably won't be great at first, but it's quite possible it will take over in 2021, or perhaps even at the end of next year.

Both Xiaomi and OPPO have already demonstrated their under-display camera technology. Those two companies are expected to be amongst the first to launch a phone with such a selfie camera.

Other smartphone OEMs are almost certainly developing the tech as well, and testing it on their phones. It remains to be seen who will be first, though.