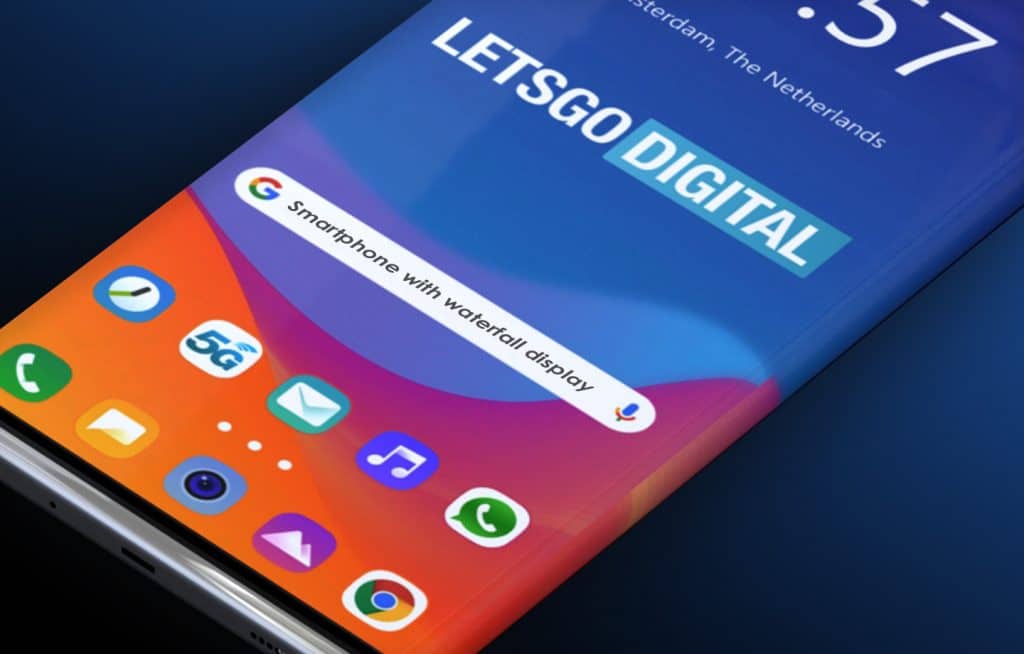 Samsung may soon join the likes of Vivo and Huawei to launch a smartphone with a waterfall display. The South Korean phone maker has just been granted the patent for such a smartphone display design. Approval has been granted by property offices in Korea (KIPO – Korean Intellectual Property Office) and the US (USPTO – United States Patent and Trademark Office), as well as by the World Intellectual Property Office (WIPO), LetsGoDigital reports.

Samsung had applied for this design patent way back in 2017 itself. This essentially suggests that the company has been mulling over such a smartphone design for quite a long time now. And now that it has the worldwide property rights for this design, we might finally see a real product coming out as well. After all, the waterfall display is on the way to become the next big trend in smartphone display design, as our quest for bezel-less smartphones continues.

Samsung has included several sketches of its new smartphone design in its patent documentation. The sketches highlight a smartphone with a Galaxy Note 10-like angular form factor and a waterfall display. The display runs straight down at a nearly 90-degree angle. While the sketches show such a screen on only one side, Samsung can, of course, implement this design on both sides. 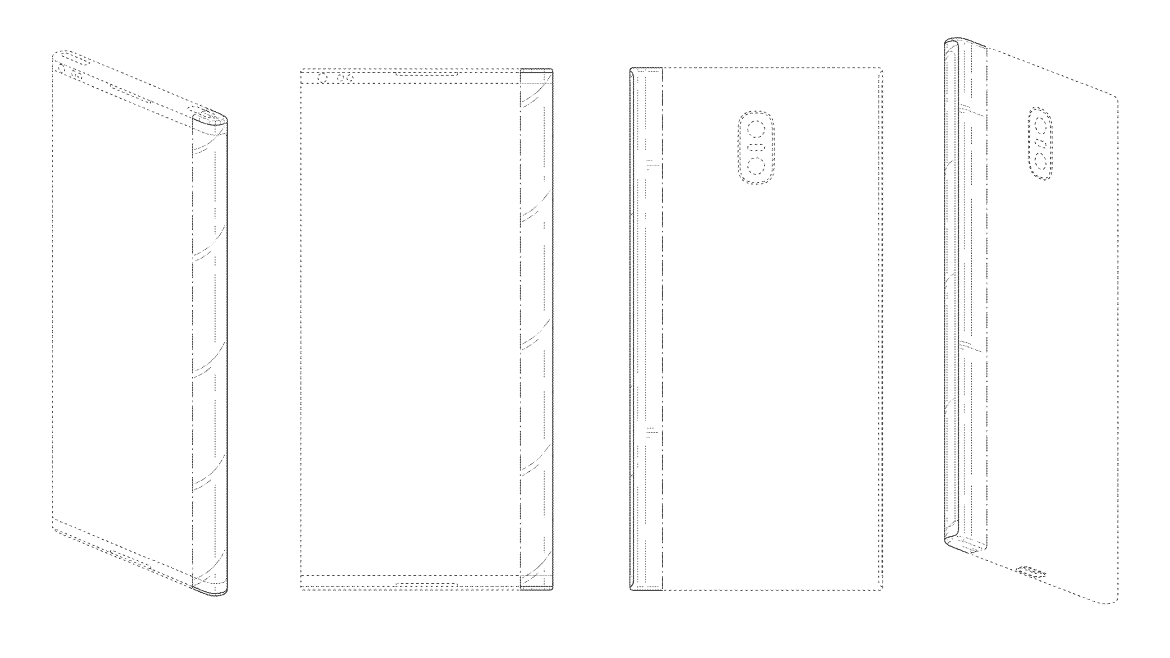 Notably, the upper and lower edges of the phone in these sketches are shown in dotted lines. This essentially means they are not part of this design patent. Samsung can use any of its Infinity-U, Infinity-V, and Infinity-O display panels with this design. The same goes for the two rear cameras as well. Samsung can opt for any number of cameras on the back, as well as the front.

Not the Galaxy S11

Samsung's flagship smartphones, the Galaxy S and Galaxy Note series phones, have been sporting a curved display design for a good few years now. The company calls it Edge Display. This display technology features less-sharp curves than the waterfall display technology. Samsung is now all set to enter the latter territory as well.

There could be many reasons why Samsung doesn't want to rush to the waterfall display. While such screens make a device visually impressive, it may also become a bit more fragile and slippery. Waterfall display also forces manufacturers to rethink the position of physical buttons. So until Samsung figures out the best possible solution, it may not launch such a smartphone.

Samsung may even try this technology on a mid-range phone before a flagship, as it has done with some other cutting-edge smartphone technologies in the past. Come 2020, and we'll have a lot clearer picture of how the next generation of Samsung smartphones may look like. 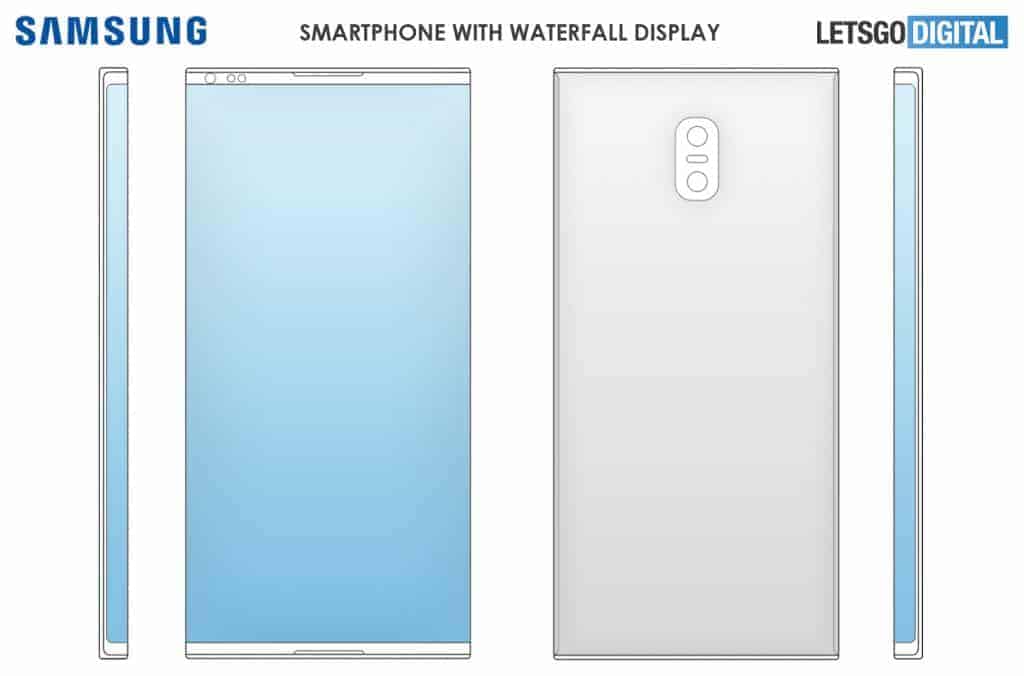