The long-rumored Samsung Galaxy S10 Lite is indeed real and is not too far away from an official launch. The handset has just landed at the FCC for necessary certifications, revealing some key details on the way.

The FCC filing has no photos or sketches attached to thrown any hint on the design of this handset. However, a few accompanying screenshots confirm the Galaxy S10 Lite branding and the SM-G770F model number. Interestingly, Ting’s IMEI database identifies the IMEI included in the FCC listing as SM-A915F, aka the Samsung Galaxy A91, which fits in line with the earlier rumors that the Galaxy S10 Lite will be a re-branded Galaxy A91. And if that’s indeed the case, we pretty much know what the specs would be like.

While we generally associate the “lite” branding with a stripped-down version of a device, it may not be true in the case of Galaxy S10 Lite. This handset packs quite a powerful set of specs to be called a “lite” phone. The FCC filing reveals that the handset will feature a 170mm display, roughly equating to 6.7 inches. This essentially means the “lite” version of the Galaxy S10 will feature a larger screen than even the Galaxy S10+. Not only the screen but the whole phone will be bigger it seems. FCC says the phone will be 160mm tall and 75mm wide.

As for the rest of the specs, we may be looking at a Snapdragon 855 SoC with 8GB of RAM and 128GB of internal storage. There will be a triple rear camera setup consisting of 48-megapixel, 12-megapixel, and 5-megapixel sensors. The front camera will be a 32-megapixel shooter. The handset will be fueled by a 4,500 mAh battery. It will come with Android 10 out of the box. According to rumor mills, Samsung will offer the Galaxy S10 Lite in black, white, and blue color options.

When is it launching?

The Galaxy S10 Lite’s specs might have left you scratching your heads as to how it qualifies as a “lite” phone. Well, its launch date is equally confusing as well. While the handset hitting the FCC suggests an imminent launch, there are a few reasons why we may not get to see this device anytime soon.

Firstly, we are just into the latter half of the month of November and no high-profile product announcements are expected until the end of January next year. Samsung is likely to show off a host of new devices, including the Galaxy S11, midway through February. The Galaxy S10 Lite might also be a part of that batch.

Also, it shares the same specs as the Galaxy A91, which is supposed to be the top of the line 2020 Galaxy A phone. This also makes us wonder if Samsung will be renaming the device for different markets. Further, Samsung traditionally launches its Galaxy S flagships with the latest Android version first. So given how the Galaxy S10 Lite is supposed to come with Android 10 out of the box, it may not come ahead of the Galaxy S11.

The Galaxy S10 Lite may be FCC official, but there’s still plenty to know about it, including its pricing. Expect to hear more about it in the coming weeks, as it continues to gather other necessary certifications before launch. 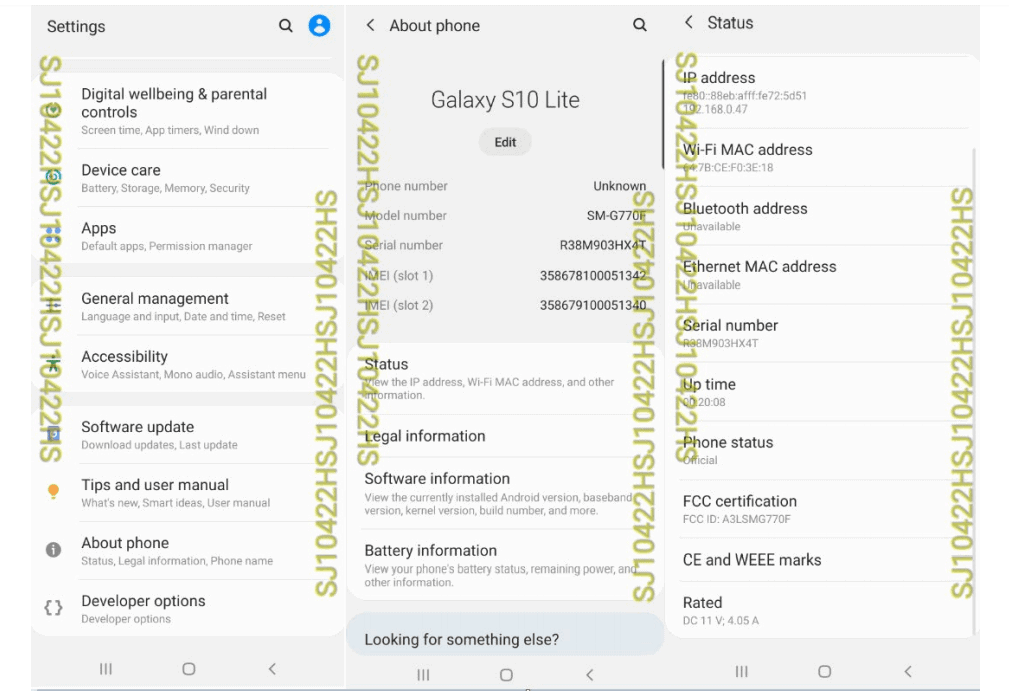