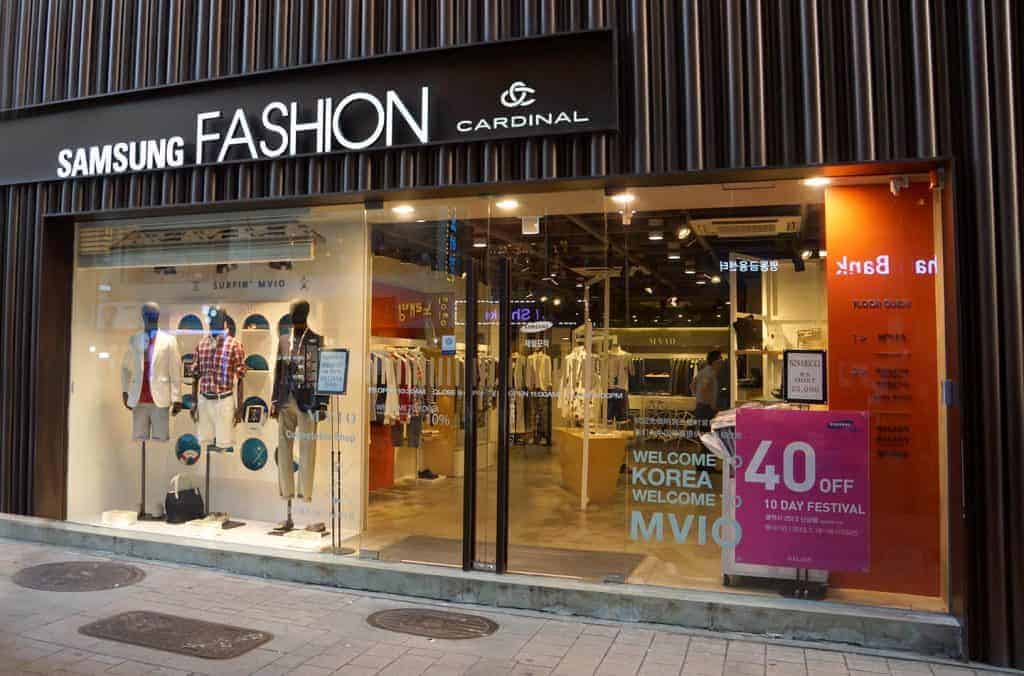 We normally associate Samsung with electronic products, including smartphones, smartwatches, TVs, and home appliances such as washing machines and refrigerators. However, not many people are aware that Samsung is also involved in the fashion industry. The South Korean conglomerate's Samsung C&T (Construction & Trading) division, which focuses on construction projects and investment, as well as fashion, owns several fashion brands such as Bean Pole, Galaxy, and The HumanFit. It appears the division will be soon expanding with a new clothing brand.

To recall, Samsung has previously used the term "cardinal" for a red color variant of its smartphones, such as the Cardinal Red Galaxy S10e. The South Korean electronics giant is now looking to associate more frequently with the term, perhaps not limiting it for electronics alone.

A sportswear brand in the making?

Samsung's fashion endeavors have been mostly limited to its home country so far. Its Galaxy and Bean Pole brands primarily sell casual clothing in South Korea. The HumanFit, meanwhile, was created in 2015 as a smart clothing brand. Four smart clothing and accessories, namely Smart Suit, On Bag, Body Compass, and Perfect Wallet were launched initially.

The company could now be looking to make a name in the sportswear category with the Cardinal clothing brand. Or maybe we are looking at a smart sportswear brand? Samsung has some experience in this field as well. The company released a smart skating suit last year. The Samsung SmartSuit was designed in collaboration with the Royal Dutch Skating Riders Association for Dutch short trackers to train for the Winter Olympics.

For the record, Samsung C&T has applied trademark for the "Cardinal" name and the corresponding logo in Korea only. If the company has any plans of going global with its fashion efforts, we should soon be seeing it registering the name in other regions as well.

Smart clothing is a sector that looks destined to "explode" in the next few years. It shouldn't be surprising if Samsung's Cardinal emerges as the early player in this sector. 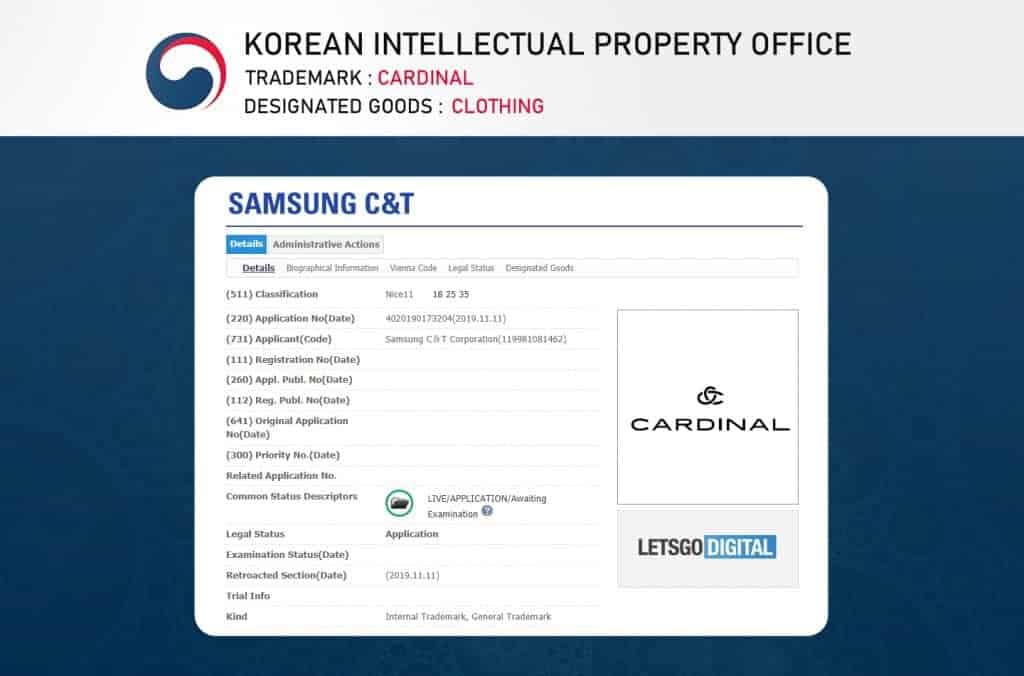