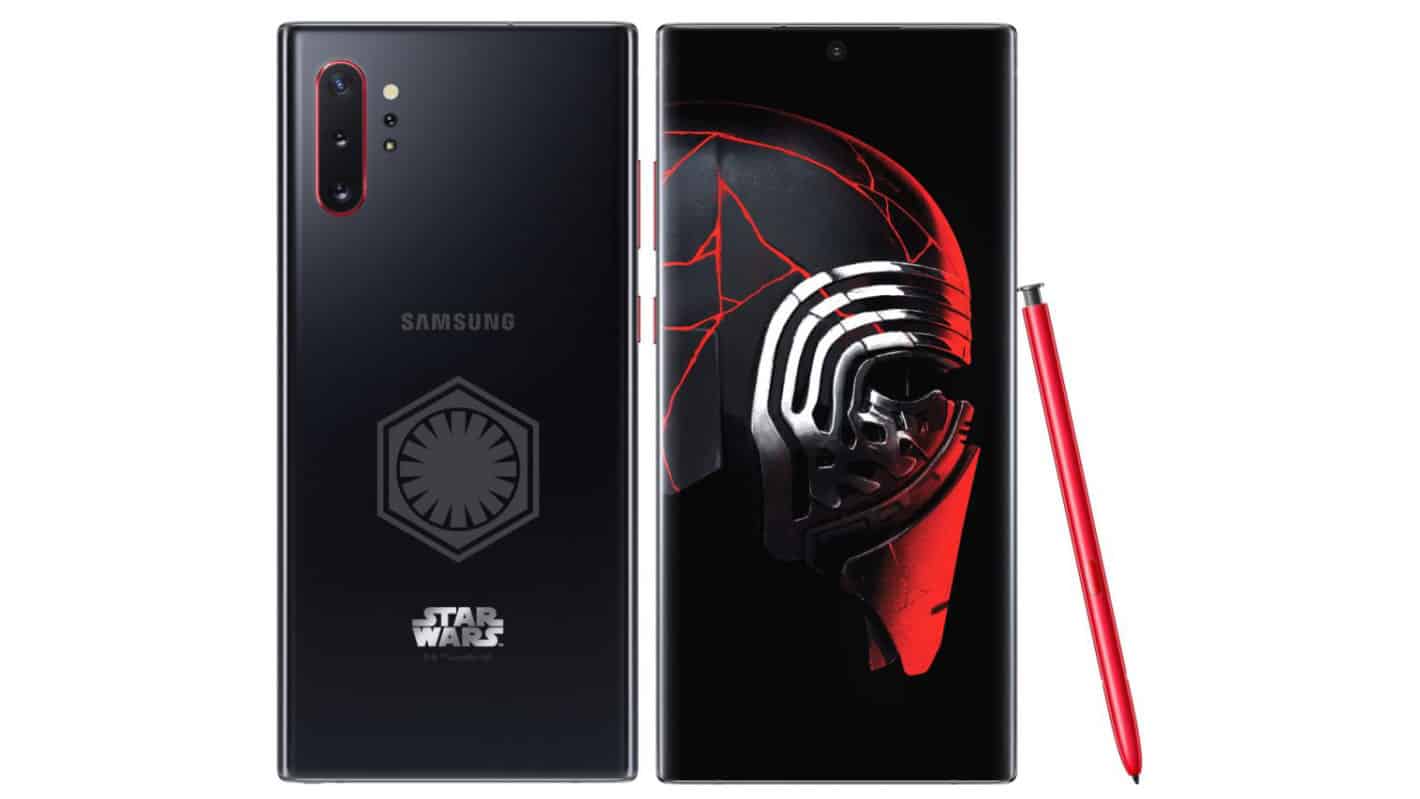 Samsung has announced a special edition Galaxy Note 10+ handset. Yes, you guessed it, this is the Galaxy Note 10 Star Wars Special Edition smartphone.

This smartphone comes right before the arrival of the Star Wars: The Rise of Skywalker movie, and is obviously meant to promote that movie, in a way. Speaking of which, the movie will hit the theatres on December 20.

This device is the same as the regular Galaxy Note 10+, on the spec front, but it does come with a different paint job. On top of that, you'll find some Star Wars-related content on the inside, and will get some goodies with the device itself. A rather neat packaging is a part of the experience as well.

The device comes bundled with a specially designed case, a metal badge as a collector's item, a red S Pen, and Red + Black Galaxy Buds combo. A retail box with Kylo Ren on the front is also included.

Exclusive digital content includes wallpapers, shutdown animations, icons, and sounds for Star Wars fans to enjoy. Other than that, the software is the same as on the regular Galaxy Note 10+.

The Galaxy Note 10+ Star Wars Special Edition unit will be available in select markets at the beginning of next month. Those markets include: Australia, Denmark, Finland, France, Germany, Hong Kong, Korea, Norway, Russia, Spain, Sweden, Turkey, UAE, the UK, and the US.

The phone will arrive in the US on December 13, and will be priced at $1,299.99. It will be unlocked, and available via Samsung.com, Amazon, select Best Buy stores, and select Microsoft stores.

This is a black-colored phone that comes with red accents

As you can see, this phone is black, with red accents. You'll notice red accents around its rear-facing cameras, and 90-percent of the S Pen stylus is also red. Both Samsung and Star Wars brandings are present on the back of the device.

Those with a keen eye will also notice that the power / lock, and volume up and down buttons are also red-colored on the device. Other than those color-related changes, the design is identical to the regular Galaxy Note 10+.

That means that it is made out of metal and glass, and comes with a curved display. A centered display camera hole is placed at the top of its display, while the phone includes thin bezels.

The device features a 6.8-inch QHD+ Dynamic AMOLED display, 12GB of RAM, and we presume 512GB of storage. Samsung did not talk about specifications at all, so there's a chance that the device may ship with 1TB of storage instead.

Android 9 Pie will come pre-installed on the device, along with Samsung's One UI. The Snapdragon 855 will fuel the device in the US, while the Exynos 9820 will be included in Europe. You know what to expect in every other aspect. The rest of the specs will be identical to the already-available Galaxy Note 10+.