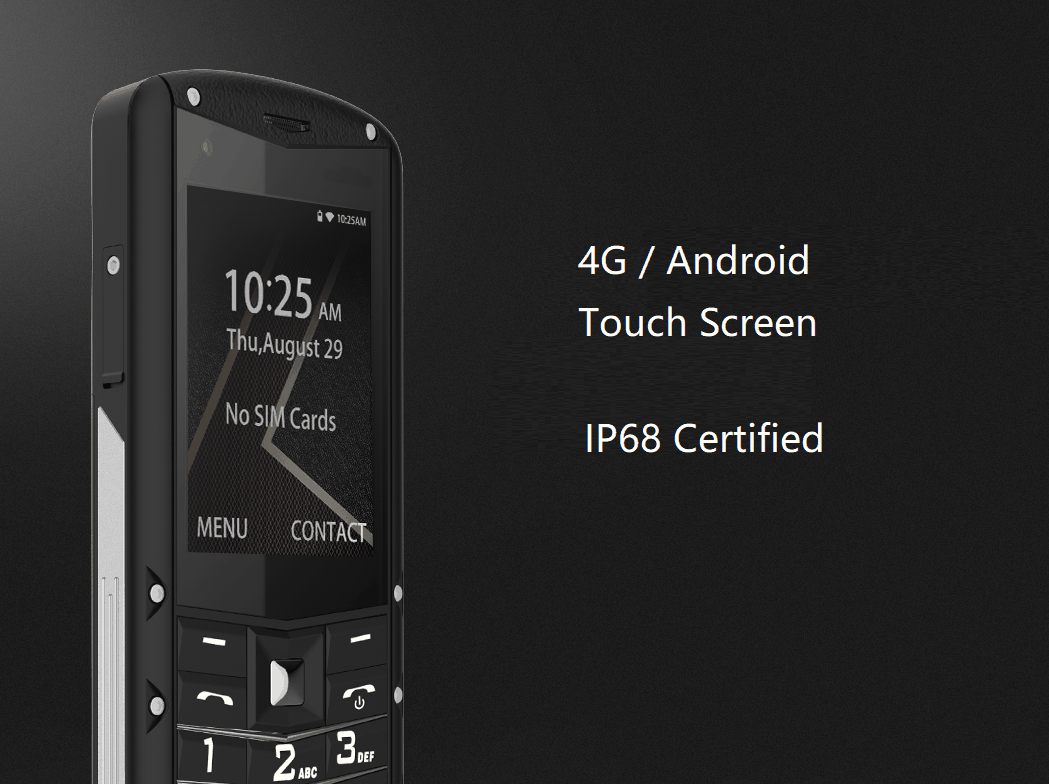 AGM Mobile is planning to launch a new smartphone before the end of the year. The company will announce the AGM M5, a device that will be based on the Android Go operating system.

The company did share some information about the device, while it also shared one image of the phone. The AGM M5 will be a really affordable offering from AGM, as this is an entry-level phone, and probably a bit different than you may think.

The AGM M5 will feature a touchscreen, and a T9 physical keyboard

This phone will have a small touchscreen on the front, but it will also have old school physical buttons below it. You will get three action buttons, call and end call buttons, along with your regular T9 keyboard.

On the back, we're not really sure what the phone will look like, as AGM shared only one image.

So, from the front, the AGM M5 will look like a regular cellphone. This will also be a rugged smartphone, which is something you may have noticed by looking at its design.

The phone will ship with IP68 certification for water and dust resistance. On top of that, it will be MIL-STD-810G certified, which means it will be able to handle some drops as well.

The phone will offer a removable battery, which will last a long time on this phone, says the company. AGM Mobile also said that the device will offer a "high-powered torch" on the back.

4G LTE connectivity, 1GB of RAM, and 8GB of storage

The AGM M5 will support 4G LTE connectivity, and it will be fueled by the Snapdragon 210 processor. The company will include 1GB of RAM and 8GB of storage inside of this phone.

AGM said that it had a busy, and successful year. The company managed to expand outside of its home market, and establish a European headquarters in the UK.

The company also established local sales partnerships in the Nordic regions, and the Czech Republic, Switzerland, Russia, Korea, and India.

Rugged smartphones are AGM's specialty, and it seems that the company is doing really well. The company also announced that it will be presenting its latest range of products at the Mobile World Congress 2020 in Barcelona.

During the tradeshow, AGM will also announce its 5G rugged smartphones roadmap.