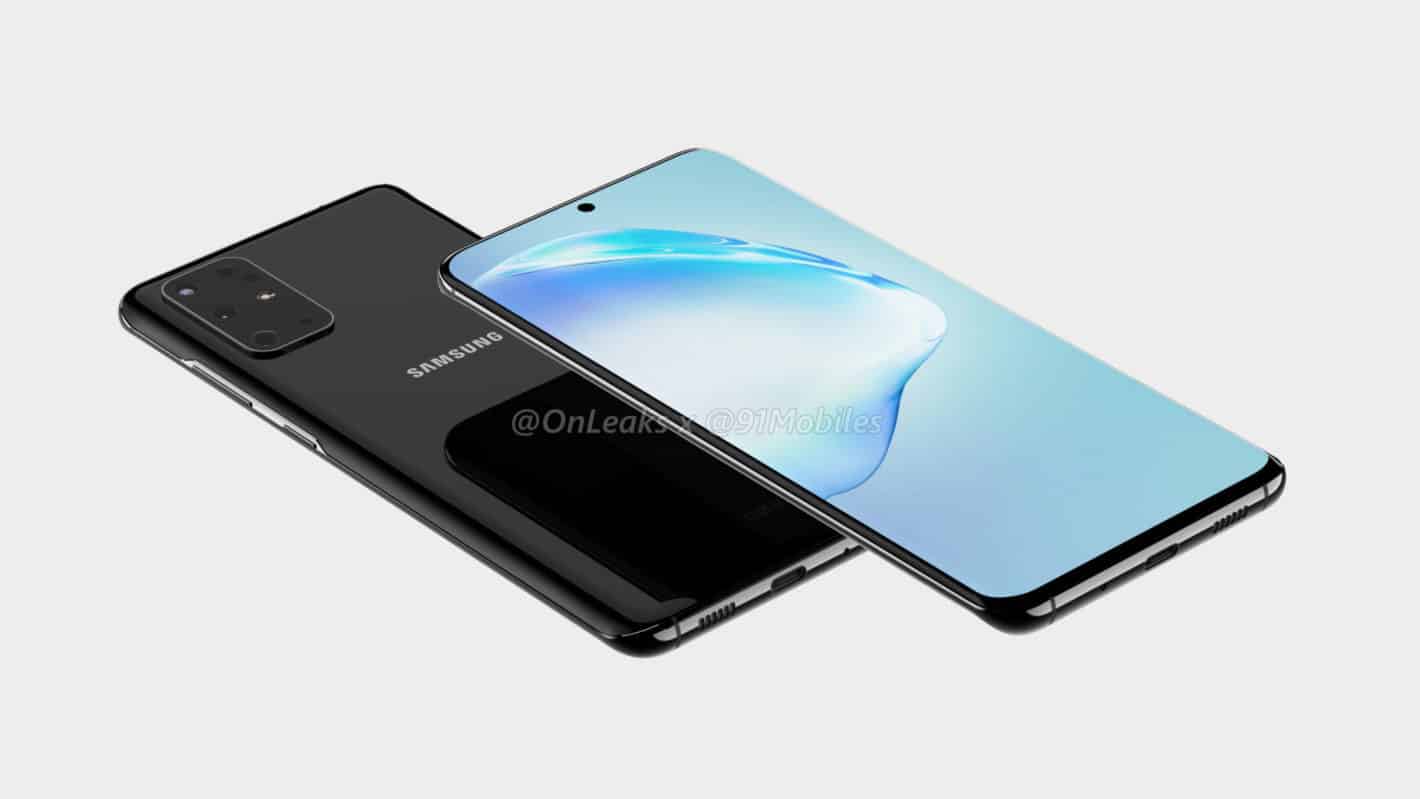 The Samsung Galaxy S11 has just appeared in quite a few renders. This leak comes from @OnLeaks and 91mobiles, and it comes in both images and video.

As per usual when it comes to leaked renders from this collaboration, you can check out the Galaxy S11 from all angles, basically. The aforementioned video basically goes all around the phone and shows you every inch of it, while the images only complete the experience.

It will have the general shape of the Galaxy S10, but with a taller display. It will have a centered display camera hole, which will be smaller than the one on the Galaxy S10 and Note 10. The back of the phone will be extremely similar to the back on the leaked Galaxy A51 and A71. It looks almost the same, with the addition of one camera.

In other words, it will have a rather odd-looking camera setup. It will have a C-shaped camera setup (not counting the LED flash), basically. Three cameras on the left, and two next to them, with an LED flash in-between the two on the right.

Three out of those five cameras will be regular cameras. We're guessing wide, telephoto, and ultrawide units. The fourth will be a ToF 3D sensor, while the last one is a mystery at this point.

The phone will be made out of metal and glass, and feature a curved display. Its back side will also be curved, similar to the Galaxy S10. Samsung's logo is visible on the back as well.

The volume up and down buttons will sit on the right, along with the power / lock key. You will not have to deal with a Bixby key on this phone, while a 3.5mm headphone jack will not be included either. That is hardly surprising, though.

The phone's bezels will be thinner than on the Galaxy S10, and the phone will feature a 6.7-inch curved display. Do note that this is the regular Galaxy S11, not the S11e or S11+.

The Galaxy S11 is rumored to arrive in three flavors, though. The Galaxy S11, S11e, and S11+ will become official next year. Samsung is expected to announce them in February.