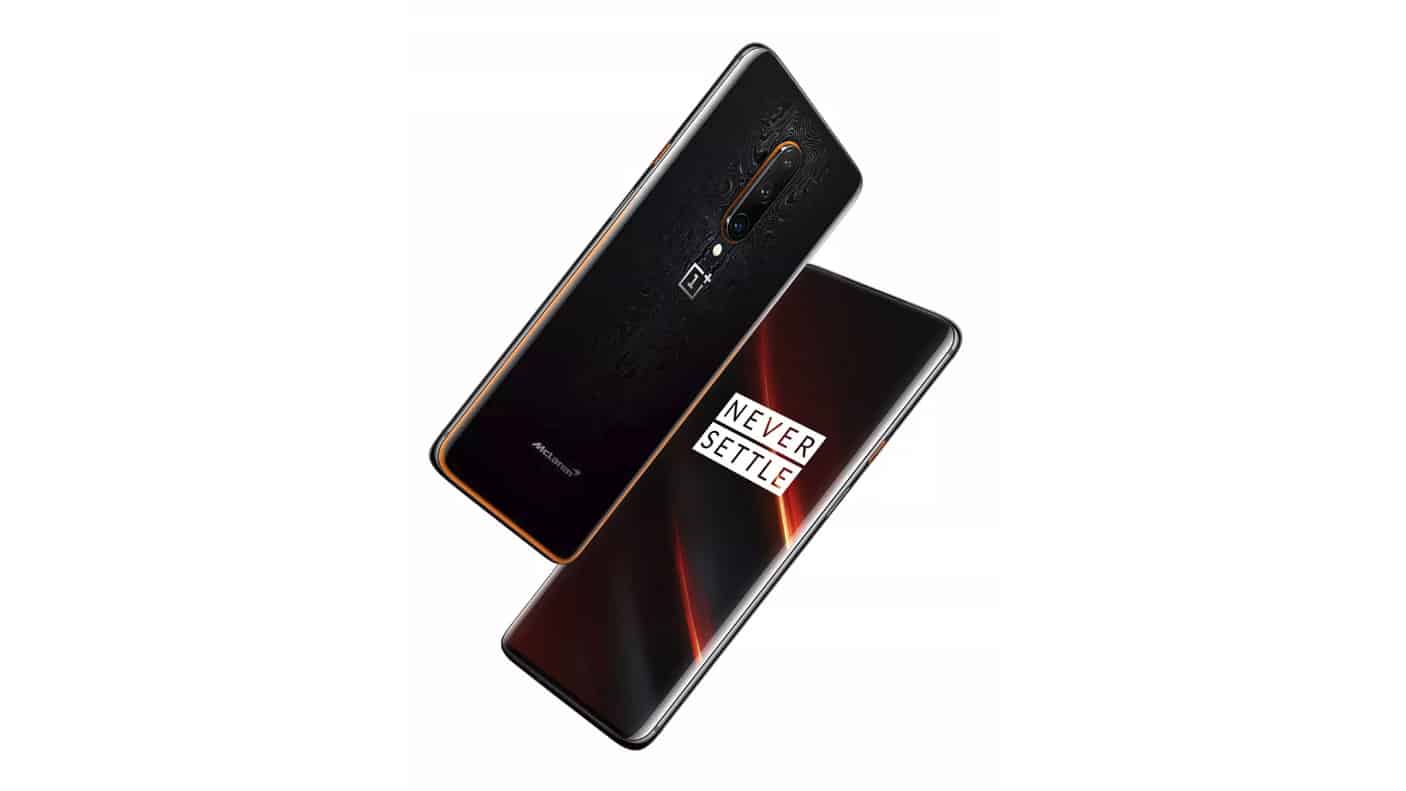 The OnePlus 7T Pro McLaren Edition is now available to purchase in Europe. You can now get this special edition OnePlus 7T Pro handset directly from OnePlus all over Europe.

The OnePlus 7T Pro McLaren Edition can be yours for €859 in most of Europe. For the UK, the price is a bit different, as the phone is priced at £799 over there.

At the time of writing this article, the company's website says that the phone will ship in "3 days". It seems like OnePlus received quite a few orders for the phone, as it usually says "within 24 hours".

The OnePlus 7T Pro McLaren Edition is pretty much the same as the OnePlus 7T Pro as far as build is concerned. The phone does have a different pattern under the rear glass, different color in general, and also come Papaya Orange accents, but the build is identical.

The only difference when it comes to specs can be seen in the RAM department. The regular OnePlus 7T Pro comes with 8GB of RAM, while this phone packs in 12GB of RAM.

The OnePlus 7T Pro McLaren Edition resembles te OnePlus 7 Pro quite a bit. The design is pretty much the same, other than a different color scheme. OnePlus opted to keep the OnePlus 7 Pro design for its 7T Pro lineup as well.

The device includes a pop-up selfie camera, and three cameras on the back. Its bezels are extremely thin, while its display is curved. Both OnePlus and McLaren logos are included on the back of this phone.

A special edition case is included in the box as well

You will get a case with this phone, in the box. A special edition case made only for the McLaren Edition of OnePlus' flagship.

The phone features a 6.67-inch QHD+ Fluid AMOLED display with 90Hz refresh rate. It is fueled by the Snapdragon 855 Plus 64-bit octa-core processor, and it includes stereo speakers.

Android 10 comes pre-installed on the device, along with OnePlus' OxygenOS 10 skin. A 4,085mAh battery is also included in the package, with 30W Warp Charge 30T fast charging.

An optical in-display fingerprint scanner can be found here as well, while the device includes 48, 8, and 16-megapixel cameras on the back. If you're interested in purchasing the OnePlus 7T Pro McLaren Edition in Europe, you can do that via the link down below.