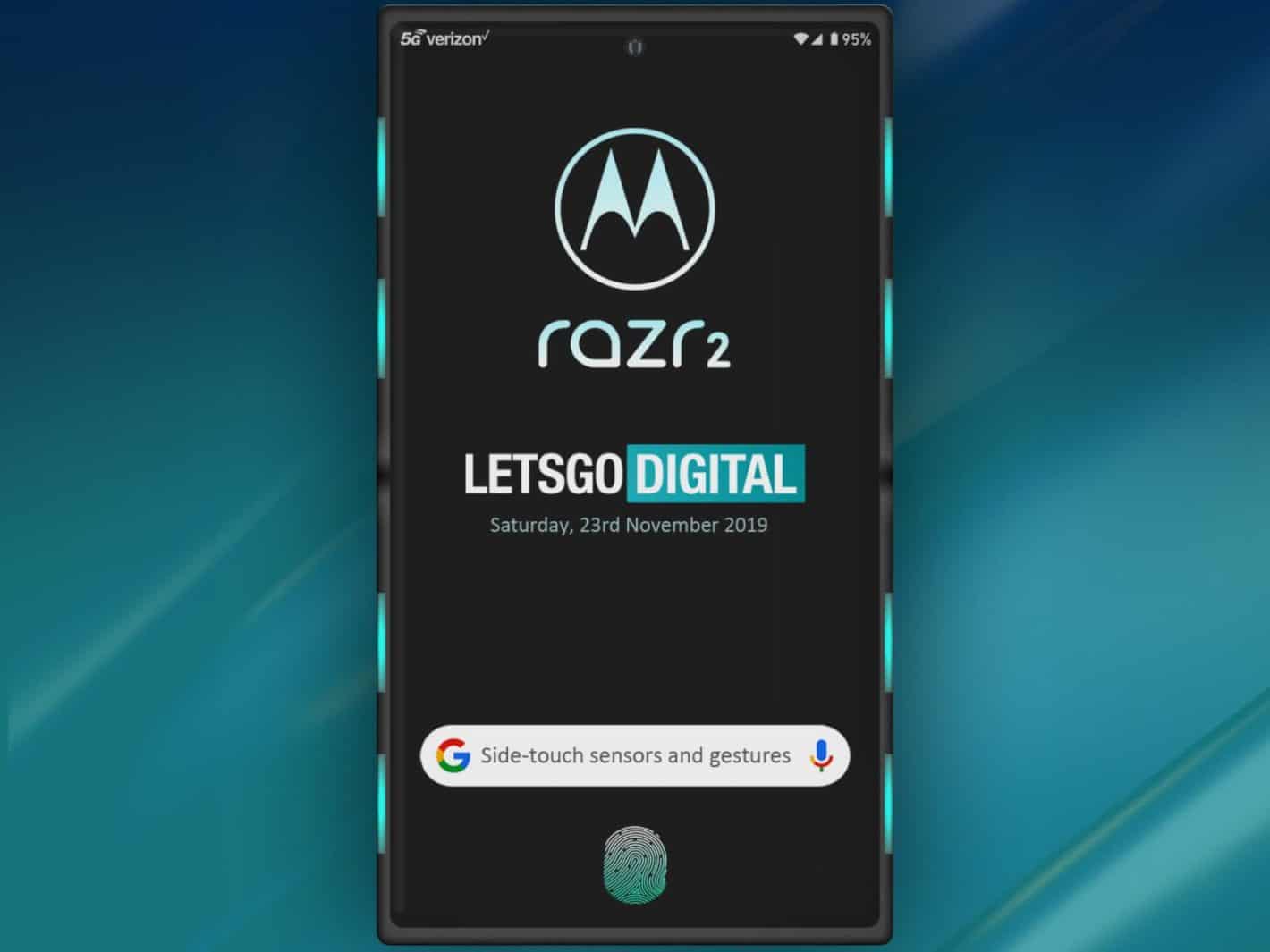 Motorola's next-gen folding smartphone, tentatively the razr 2, might include as many as eight pressure or touch-based buttons. That's based on a recent patent spotted by Amsterdam-based LetsGoDigital, showing a familiar base design that's almost unmistakeably razr-like.

If the patent filed with the USPTO is accurate, the company has removed all physical buttons from the device in favor of a wider range of functionality.

One major change between the recently released 2019 Motorola razr and the new design is in its shape. Motorola appears to have abandoned that gadget's oversized chin in favor of a flatter build. So the screen runs the entire length of the gadget from top to bottom instead of folding to align with a bottom lip.

Although there are only four buttons, there could be as many as a total of 20 functions and gestures associated with them. That's not only because those will respond to gestures and touches based on information in the patent either. One of the most interesting aspects of the device design is that Motorola notes both an open and closed mode.

In open mode, each of the four buttons works as its own individual input device. The company separates those between the top and bottom half, with two on each half along one edge. Those also appear to be placed along both right and left-hand edges, totaling eight buttons.

Motorola gives users access to a wider number of functions via those presumably software-driven keys when the gadget is open. Motorola's description indicates that there are 13 functions and gestures when the device is open. But when the user closes the device along the central hinge, the buttons are joined. At that point, the joined buttons essentially function as a single key, reducing the number to two touch-based buttons.

The joint functionality, which Motorola calls "cumulative sensor mode," is actually the central theme of the patent. Users who have closed the device have access to seven functions and gestures.

While Motorola doesn't specifically identify any of those features, none of those sensors will be fingerprint scanners either. That seems to be placed behind the screen with this patent. So it's likely that there will be a number of presets for the touch buttons depending on what the user needs. The buttons could be remappable too, allowing for customization and individualization.

Conversely, Motorola may have specific functions in mind for at least some of the buttons, similarly to how recent smartphones that have launched with non-physical buttons work. That would leave less customization but allow for a more consistent experience across the board.

But is this really razr 2?

As noted above, Motorola has already given every indication that it is reviving the razr brand. The company's reimagined foldable smartphone only just launched back in the second week of November. None of that necessarily means this newly spotted design will ultimately be the razr 2 — or whatever other model designation Motorola chooses to give the gadget.

Because this is still a very early patent, Motorola will likely change a number of key design aspects before everything is finalized. That could and likely will include changes to exactly how many touch zones there are. It might change the number of gestures and functions available to users too.