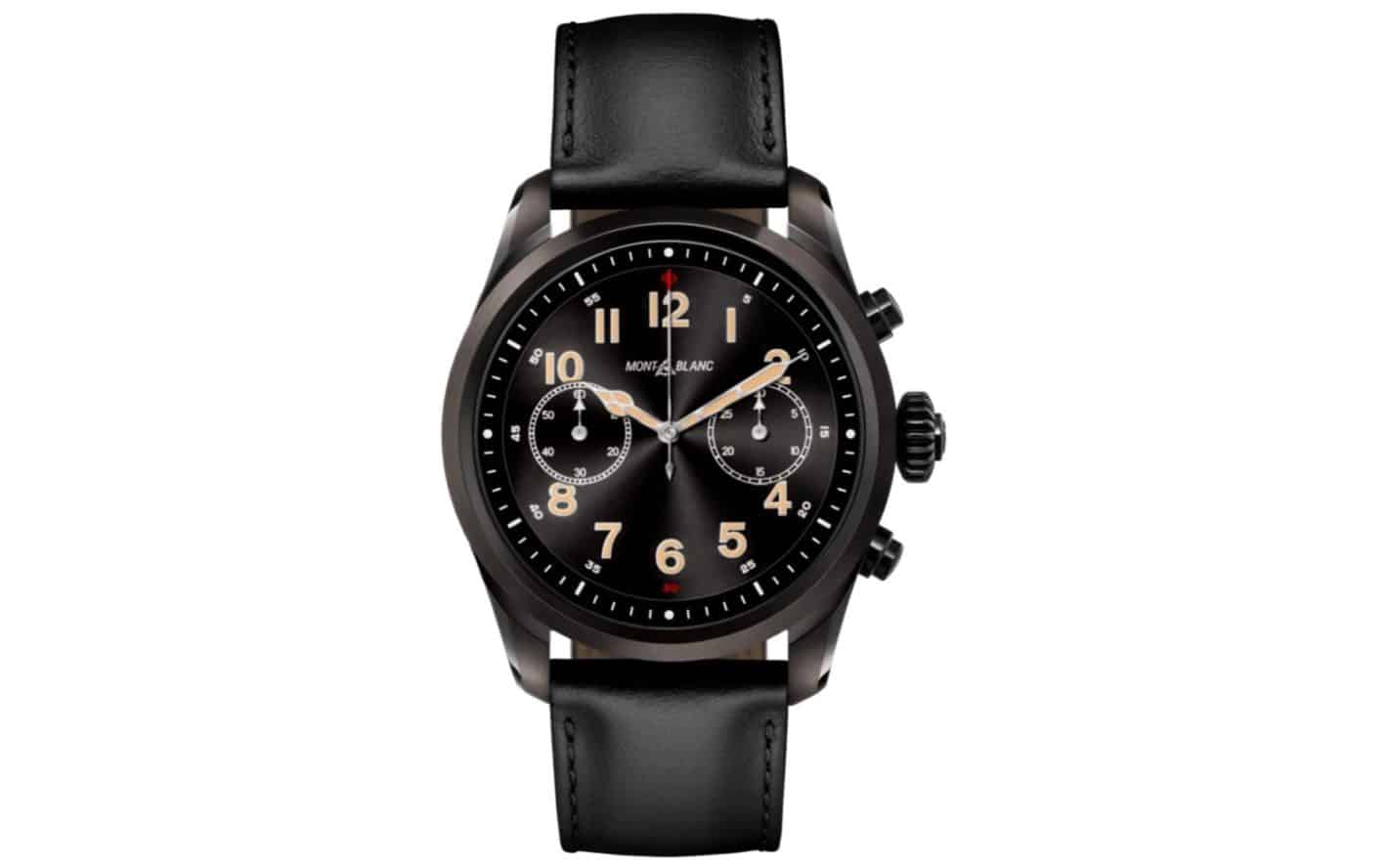 High-end watchmaker Montblanc has a new Wear OS smartwatch in the works called the Montblanc Summit 2+ that seems to add LTE connectivity and not much else. Designated model number S2C19 and spotted at the FCC by Droid Life, the new watch specifically adds support for LTE bands 2, 4, 5, 7, and 13.

That suggests this watch should be compatible to a certain extent with most LTE services in the US. That also indicates it may be more compatible with Verizon. Support is also in place on the watch — or at least tested — for 2.4GHz WiFi networking. On the Bluetooth side of the connectivity spectrum, the test- and filing-related documents aren't so clear. NFC support also appears present.

Because these are FCC documents, deeper details about the Montblanc Summit 2+ are even more elusive. The filing does note that the device is in its "prototype" phases rather than being near to completion.

The only other detail made apparent by the documentation is that this device will also feature a fairly big caveat. The issue centers on an obvious change from the previous model and is only made worse by the pricing of Montblanc smartwatches.

The original Montblanc Summit 2 started out at a whopping $995. The company sells its Wear OS wearable at that price today. That's despite that it was launched late last year. For pricier watchbands and frame materials, consumers can expect to spend more, with prices going as high as $1,230.

Now, that's not to say that buyers don't get a great-looking and well-specced watch for the price. At that cost, Montblanc ships the device that's relatively thin, water-resistant to a rating of 5 ATM, and that features Qualcomm's latest wearable chip, the Snapdragon Wear 3100. Backing that up, Montblanc included 1GB memory and 8GB storage.

A heart-rate sensor, Microphone, Altimeter, Accelerometer, Gyroscope, and Ambient light are all tucked into the frame and behind the 1.2-inch AMOLED 327 ppi display too. Powering all of that is a 5V 500mAh capacity battery, according to Montblanc's product page. That battery is the key metric here. The Montblanc Summit 2+ is listed on its FCC label with just 300mAh in terms of capacity.

A drop of 200mAh is not going to be great if Montblanc keeps the same processor found in the original Summit 2. But the addition of LTE is going to be a significant drain on the battery life too. With less capacity to fuel the experience, the wearable could easily go from a day or more of use to well-under a day between charges.

This is a prototype, so the drop in capacity might not be important

While the watch seems destined for failure due to an apparent oversight on Montblanc's part, that isn't necessarily the case. Qualcomm has been known to be in the early stages of development on a new smartphone-based chip as recently as July. Tentatively dubbed the Snapdragon Wear 2700, that chip may be at the heart of this watch.

Using a newer, more efficient chip that's made to work with LTE bands, to begin with, would improve matters significantly. That may be enough to push things back to an acceptable level for a $1000+ smartwatch despite a lower capacity. If that's the case, the Montblanc Summit 2+ would also be a substantial improvement in terms of performance. So that could very well be the direction the company is going and the reason for the "plus" moniker.