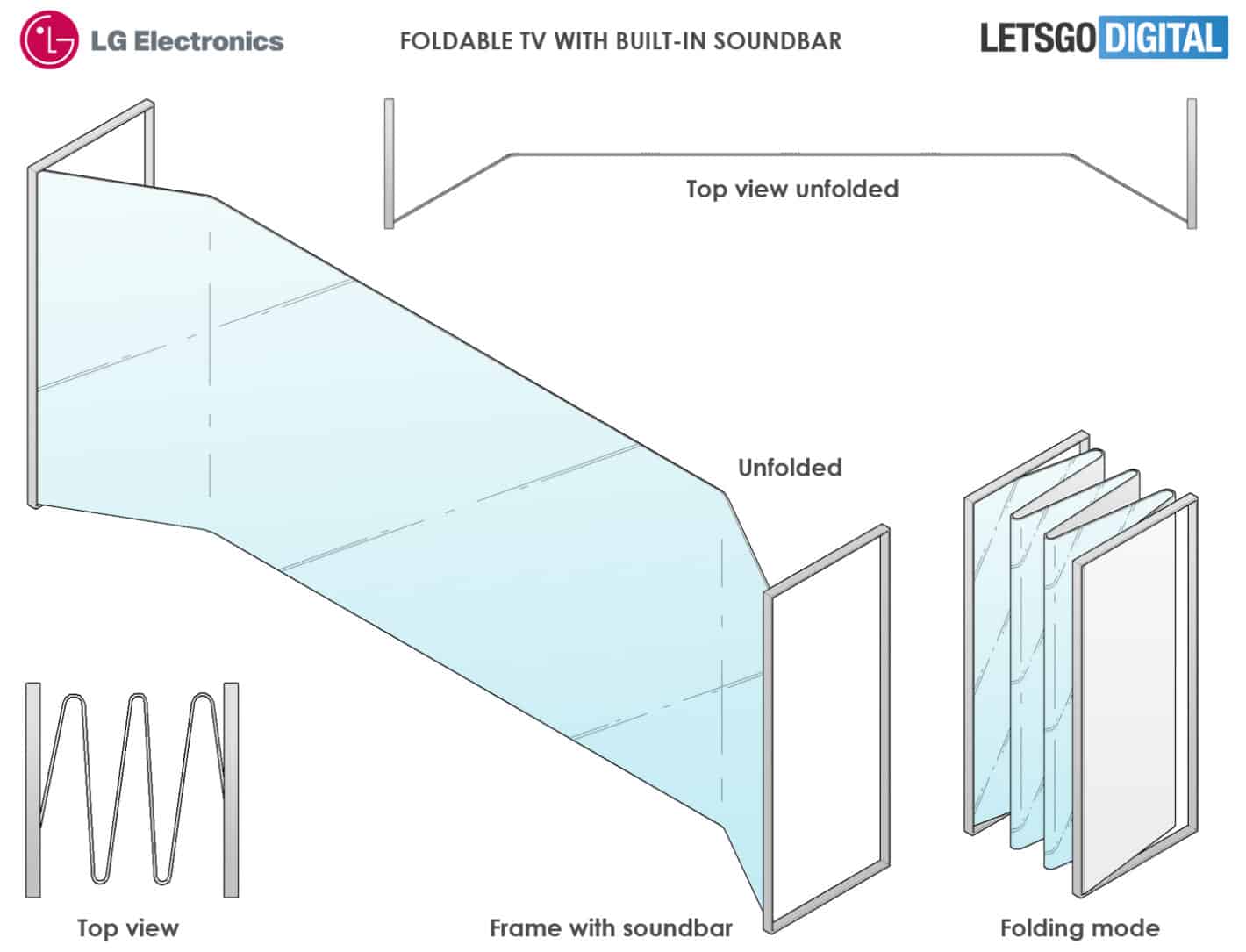 LG may be looking to join the ranks of the foldable product, but not with a phone. LG has secured a new patent, this time around, for a foldable TV, believe it or not.

This patent had surfaced in the Hague International Design System database. The patent was approved on September 13, but it has remained unnoticed until now. It is also worth noting that the patent was submitted back in March this year.

This foldable TV by LG will fold in a zigzag form

This device can be folded in a zigzag fashion. When folded, you get 6 equal screen parts, so the TV becomes quite compact in that form. A frame on each side protects the TV when folded, so the display will not be accessible on the sides.

Interestingly enough, this TV also integrates a soundbar. That is also something that was mentioned in the company's patent application.

If you take a look at the provided sketches in the gallery down below, you'll get a better idea as to what LG is planning to release. You'll get to see this product from all sides, and also how it folds.

Such a TV would be really useful if you're moving a lot, and need something portable. It can also prove to be useful for camping trips, or something of the sort.

This patent was submitted by LG Electronics, not LG display

Such patents are usually submitted by LG Display, as the company patents a new display tech or something of the sort. This could actually be a product patent by LG Electronics, so the company could be close to the final product.

Foldable TVs are not the only odd TV products that LG is working on. The company announced its first rollable TV at the beginning of this year, at CES 2019.

That device is called the LG Signature OLED R, and it is extremely portable, as this foldable TV is expected to be.

That device was supposed to go on sale in the Spring this year, but it's still not available. It's still marked as 'coming soon', which could indicate that LG hit a snag in its production. We're only guessing here, though.

It remains to be seen when, or if, we'll see this foldable TV. LG may do the same thing as it did with its rollable offering, and demonstrate this technology at CES next year.