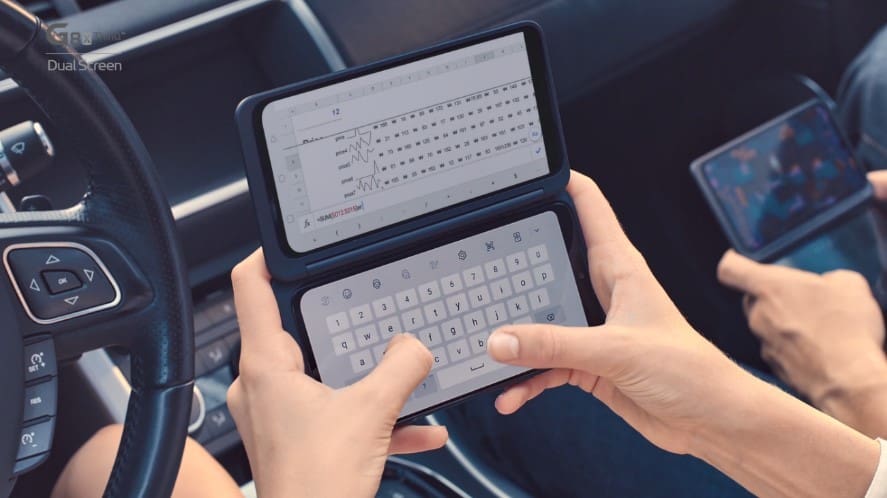 The LG G8X ThinQ is the company’s newest flagship, and it comes bundled with ‘LG Dual Screen’. That is essentially an add-on that makes this a foldable smartphone with two screens.

Well, that’s probably something that many of you were already aware of. What you may not be aware of, is what usage scenarios this combo may come in handy in. Well, LG has decided to show some of those scenarios to everyone.

The company basically released a list of ways the LG G8X ThinQ and LG Dual Screen are a perfect pairing. The company claims that this combo is great for business calls. Why? Well, because it allows you to see your boss (or colleagues) in a video call on one display, and do something completely else on the other.

So, for example, you can talk to your boss and prepare some-work related documents at the same time. You do not need to switch to a different app on a single display and temporarily leave that business meeting.

LG claims that this combo boosts efficiency. As an example, LG said that you can read restaurant reviews on one display, while sending venue directions on the other. This is just one, random example, there are a ton more. You can watch your favorite YouTube video on one, while chatting on the other, for example.

The company also says that this combination is great for learning / understanding new languages. This is much easier thanks to the built-in Whale browser. All you have to do is tap on the Space Translator button in that browser, and it will show you the original and translated content side-by-side.

LG also says that you can use two search engines at the same time here. You can utilize the ‘Dual Search’ option on the Whale browser. If you need to compare search results for a topic from two different search engines, you can do that via the LG G8X ThinQ and LG Dual Screen.

A huge display for your keyboard

Now, for those of you who find your smartphone keyboard to be cramped up, this combo is ideal. You can use one display for keyboard only, and the other to see what you’re writing. The LG Smart Keyboard has been adapted for this style, and it works perfectly with the company’s flagship and LG Dual Screen. You can get a comfortable 12cm wide keyboard this way.

Scheduling is yet another example LG listed. The company says that it becomes much easier with the included My Pick App. You can simply set your favorite application to automatically launch on the second screen when you open your phone, for fast and easy access to your schedule, contact list or music playlists… those are just examples.

If you want a foldable phone, but are unwilling to pay a huge price for the Galaxy Fold, this may be an option for you. Truth be said, it’s not the same thing, as you’re getting two separate displays here, and the usage will be considerably different, but it’s the next best thing.

The LG G8X ThinQ, bundled with the LG Dual Screen, will set you back less than $800 in the US.