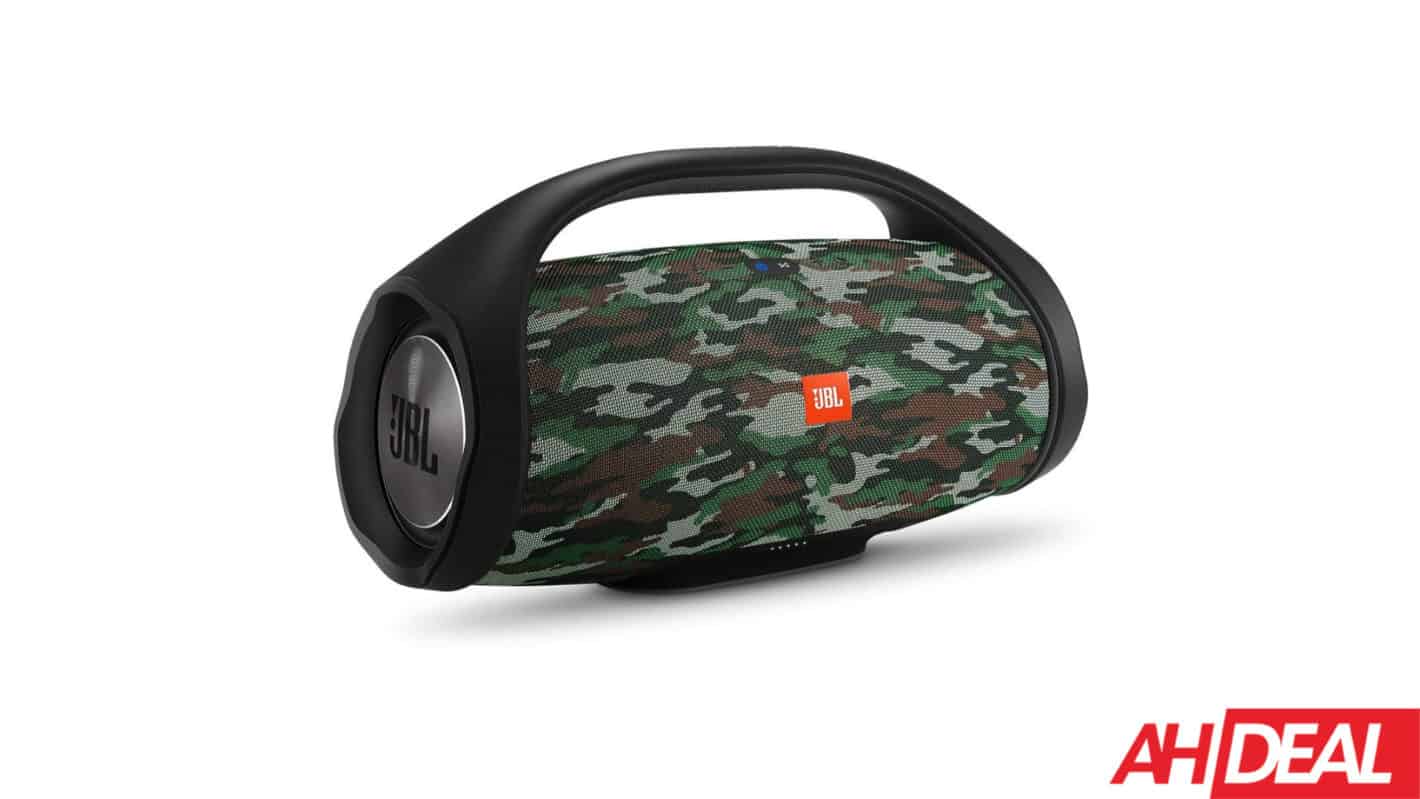 If you're looking for a huge Bluetooth speaker, the JBL Boombox might be the one to get, and it's $150 off today.

The JBL Boombox is now available for $349. Which is still quite pricey, but remember that this is for a really large Bluetooth Speaker. It's not called a "Boombox" for nothing. I mean, it even has a built-in handle.

This is the most powerful portable speaker that JBL has. It's going to provide you with a ton of bass, as well as some really good mids and highs. And it'll get plenty loud without distorting the music. Which is actually a really big deal. Seeing as most speakers can't do that.

There are four active transducers and two JBL bass radiators included here. Allowing the Boombox to really deliver some monstrous sound. It has bass that you'll hear, and perhaps more impressive, see.

It can also sync up with other JBL speakers for an even more impressive experience.

With the JBL Boombox, you'll find a massive 20,000mAh capacity battery inside. This battery can run the Boombox for up to 24 hours of continuous playback. Which is pretty impressive, actually. Most speakers that are much smaller, struggle to get past 10 hours. So this one could last for an entire party and then some.

Though, with that large battery, it does take quite a while to charge up. JBL says it'll take around six and a half to seven hours to fully charge.

This JBL Boombox Bluetooth Speaker is a really impressive one, and at $350, it's still a really great buy. Right now, Amazon has it on sale in a few colors: Black, camouflage, and Forest Green. This isn't going to drop any lower for Black Friday, so now is definitely the time to pick one up.

You can buy the JBL Boombox from Amazon by clicking here.