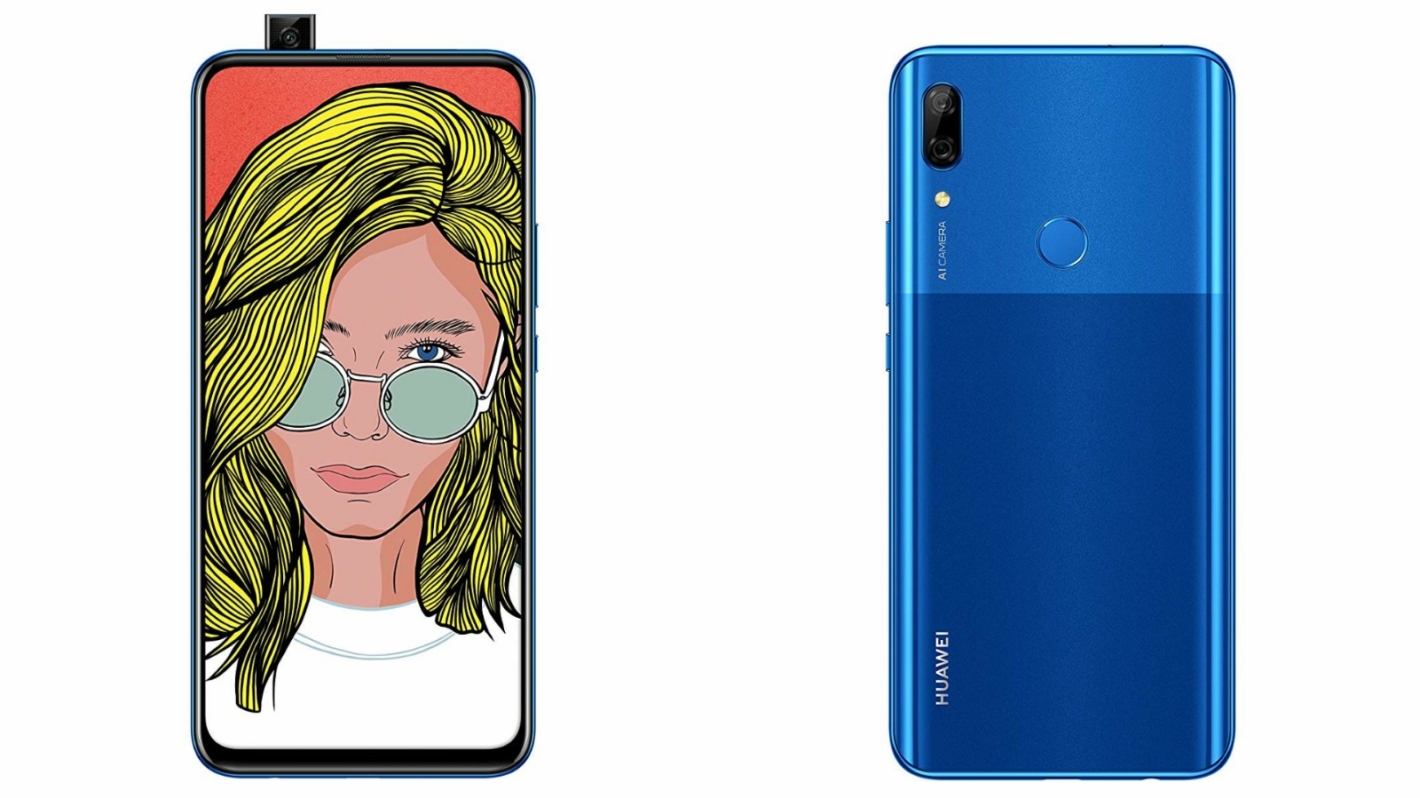 Launched back in May, the P Smart Z was Huawei's first phone to feature a retractable camera. Such a design allows manufacturers to increase screen estate. The downside is that these cameras are more prone to failure. Following in the footsteps of Samsung and ASUS, the Chinese company is supposedly considering a rotating elevating camera now.

The patents show two versions of the phone presumably. The first has the same motorized single camera module as the P Smart Z 2019 with one important change. It can rotate, which means it cannot just be used as a selfie camera, but it can also complement the lone camera at the back of the phone. This gives the envisioned phone a dual rear camera system. Other than that, we can also spot a physical fingerprint scanner and an LED unit towards the back. The phone features a dual-tone design.

Now, let's talk about the second phone. This one has a motor big enough to accommodate two cameras. And like the first one, this can also turn. Thus, you get a dual selfie camera system. The back of the phone is devoid of anything. This indicates the possibility that the Huawei P Smart Z 2020 will have an in-display fingerprint scanner. It also appears that the phone will have a glass back.

The P Smart 2019 has a 16-megapixels selfie shooter and dual rear camera system (16-megapixels + 2-megapixels). Thus we can expect its successor to modestly improve on those specifications.  The phone is underpinned by the Kirin 710F SoC which is mated with 4GB of RAM and 64GB storage. The phone was introduced with a price tag of €280 ($310).

The rotating camera module will likely cause the price to increase a bit. However, we still expect Huawei to stick to an aggressive pricing strategy to undercut the competition.  It is also likely that the phone with one elevating camera will be billed as a mid-tier handset. The second one with two rotating cameras, glass back, and in-display camera can be presented as a Samsung Galaxy A80 alternative with a higher price tag.

The Phone Will Likely Be Announced In May 2020

LetsGoDigital, which unearthed the patents, expects the Huawei P Smart Z 2020 to be released in Europe as well since it was spotted in the European database. The phone will presumably be announced in May 2020.

Of course, the real question is whether the phone will ship with an official version of Android. Although Huawei has been granted a 90 days reprieve again, its future in regards to ties with American companies is still uncertain.

Although the Chinese company still seems to be doing fine without Google apps and services on its phones, sales can take a hit in the future. Unlike Chinese consumers, Android mobile users in the other part of the world are accustomed to popular Google apps. And thus, the lack of official support can undermine sales.