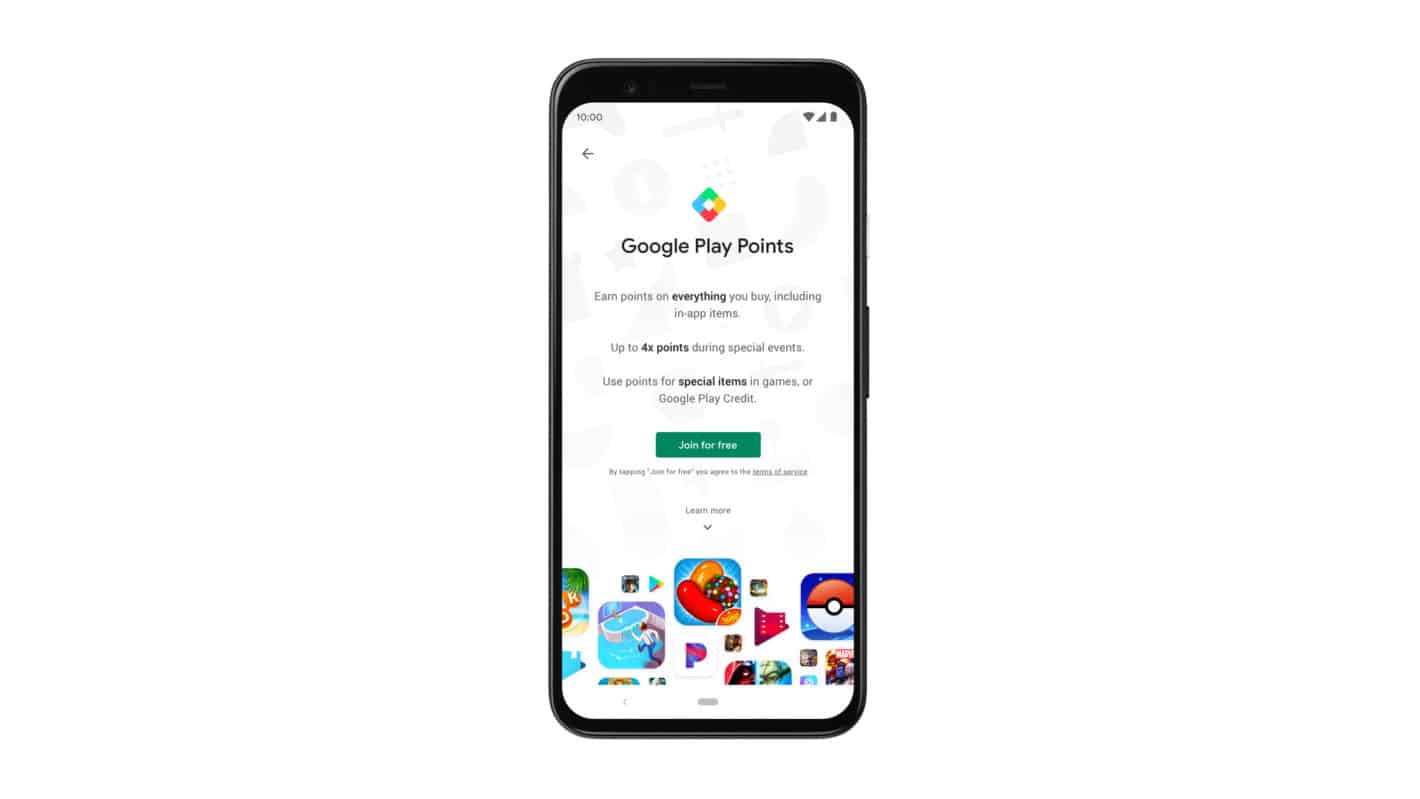 Google has a new rewards system in place called Play Points, and it's aimed at gamers.

Unlike Google Play Rewards, the system that lets you answer survey questions to earn Play credits, you acquire points with this new system by playing games.

You can also acquire points by making purchases in the Play Store. Google Play Points is rolling out to US users this week, starting today. Google has been testing it however in both Japan and South Korea over the past year.

Signing up for Play Points is free, and you can find the opt-in capability in the menu. If the option isn't showing up, it's simply not live for your account yet.

Play Points rewards can be redeemed for tons of stuff

Google is letting you redeem the points you acquire for tons of different stuff. In the company's announcement post, it says points can be used to rent movies or episodes of TV shows.

Points can also be used to buy books, music, apps, games, and more. It can be even be used for in-app or in-game purchases in games like Pokémon GO. Basically anything you can purchase on Google Play, by the sounds of it. That's because points can be redeemed for Play credit.

As for earning points, you can actually earn them. That being said you can only earn them by playing specific games. Google says it's partnering with certain developers of some of the Play Store's top apps and games.

Google will feature specific apps and games every so often, and downloading these to use them will earn you points. This means you can't just download any game and start playing it and expect it to counts towards your earnings.

Play Points will have tiers, and these are directly tied to how many points you've earned. Each tier will also come with its own set of bonuses.

You start within the bronze tier, and as you gain more points you'll move up to silver, gold, then platinum. Higher tiers mean you can collect more points during bonuses, and have the chance at winning weekly prizes.

Google doesn't say what the prizes will be, but there's a good chance they will be related to Play Store items.

In addition to the weekly prizes, Play Points will also have events that will boost how many points you earn for movies and other items that you rent or buy. These won't be on just anything though. Google will be selecting specific ones.

As noted Play Points is free to join, and not does have a monthly fee like the company's recently launched Play Pass service.