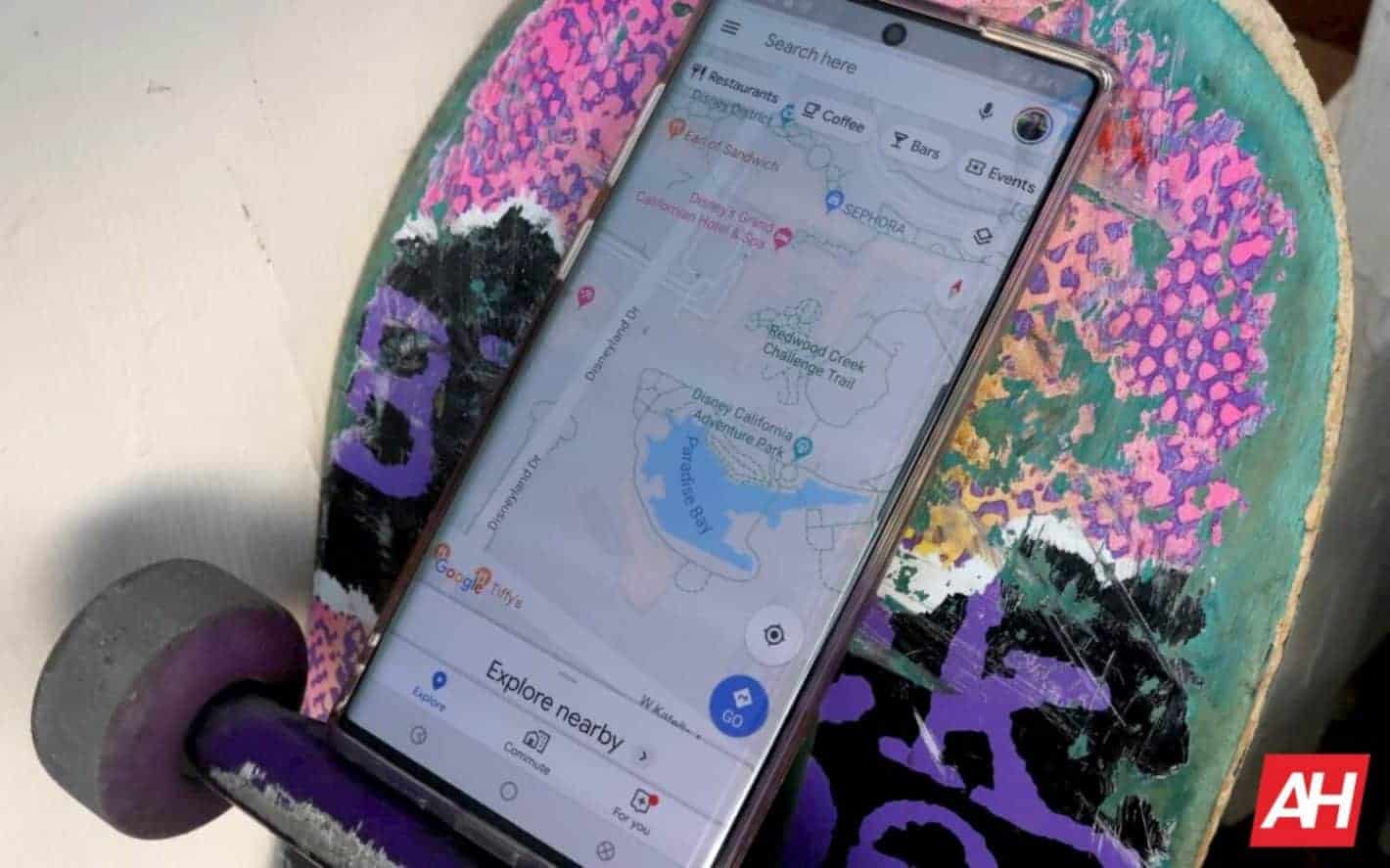 Google Maps has started to receive an update for some devices that delivers a new carousel of discovery-based buttons to help users navigate and find nearby services. Spotted by 9to5Google, the carousel includes all of the same icons and services already available in the app. Typically, those are found at the bottom of the page after navigating to the "Explore Tab."

For clarity, the shortcuts in the carousel read "Restaurants," "Coffee," "Bars," "Events," "Hotels," "Parks," "Gas," and "…More." The update places the horizontally-scrollable set of shortcuts just below the search bar at the top of the page. As with the previous version, categories under the "Food & Drink," "Things to do," "Shopping," and "Services" subheadings can be found by clicking for "More."

Google also enhanced the look of the pill-shaped shortcut buttons with a decidedly Material Design 2.0 aesthetic. All coloration is drained from the shortcuts, replaced with a toned-back dark gray hue. The icons themselves are scaled back but keep the standard lined look that's become common across most Google apps.

The extra clutter created by the new search carousel doesn't necessarily make things more difficult to use or navigate. That's because the primary purpose of the Google Maps app is to help users navigate and discover nearby locations they may be interested in. So having common search items directly on the map is going to make finding those in a pinch easier, with a couple of fewer swipes and taps.

In the other current iteration of Google Maps, the same app icons and search discovery are already available. Instead of a tap at the top of the screen, users are forced to pull up on a tab at the bottom, found in the explore tab of the main UI. There, the feature is laid out as colorful icons in a grid pattern.

When pulled up, that feature effectively takes up the entire screen too, making it difficult to continue navigating. In the new carousel, only the majority of the screen is taken up unless the full list of shortcuts is called forward. Those shortcuts are no longer found under the pull-tab at the bottom of the page with the latest update.

Of course, Google Maps shouldn't be used while actively driving in traffic — with the exception of voice-inputs. But being able to find things more quickly, even if it obscures a few extra pixels at the top of the screen, is going to make things better anyway.

It should also help Google continue its drive to set its navigation app apart from other available apps.

When is this Google Maps discovery carousel coming officially?

As with other recently reported Google Maps features, the new discovery carousel feature is slow-rolling out based on widespread reports.

The only devices it doesn't seem to be appearing on at all are those running iOS. For all intents and purposes, the change seems to be a part of a test. It also could be associated with the beta program for Maps.

Regardless, the change does appear to be global and appears under version 10.28.2 of the app.

That means that it's going to take a while to hit all devices. And that's only if Google decides to keep the change. The search giant is notorious for rolling out test features and even full apps only to withdraw them later. It's not out of the question that will end up being the case here.