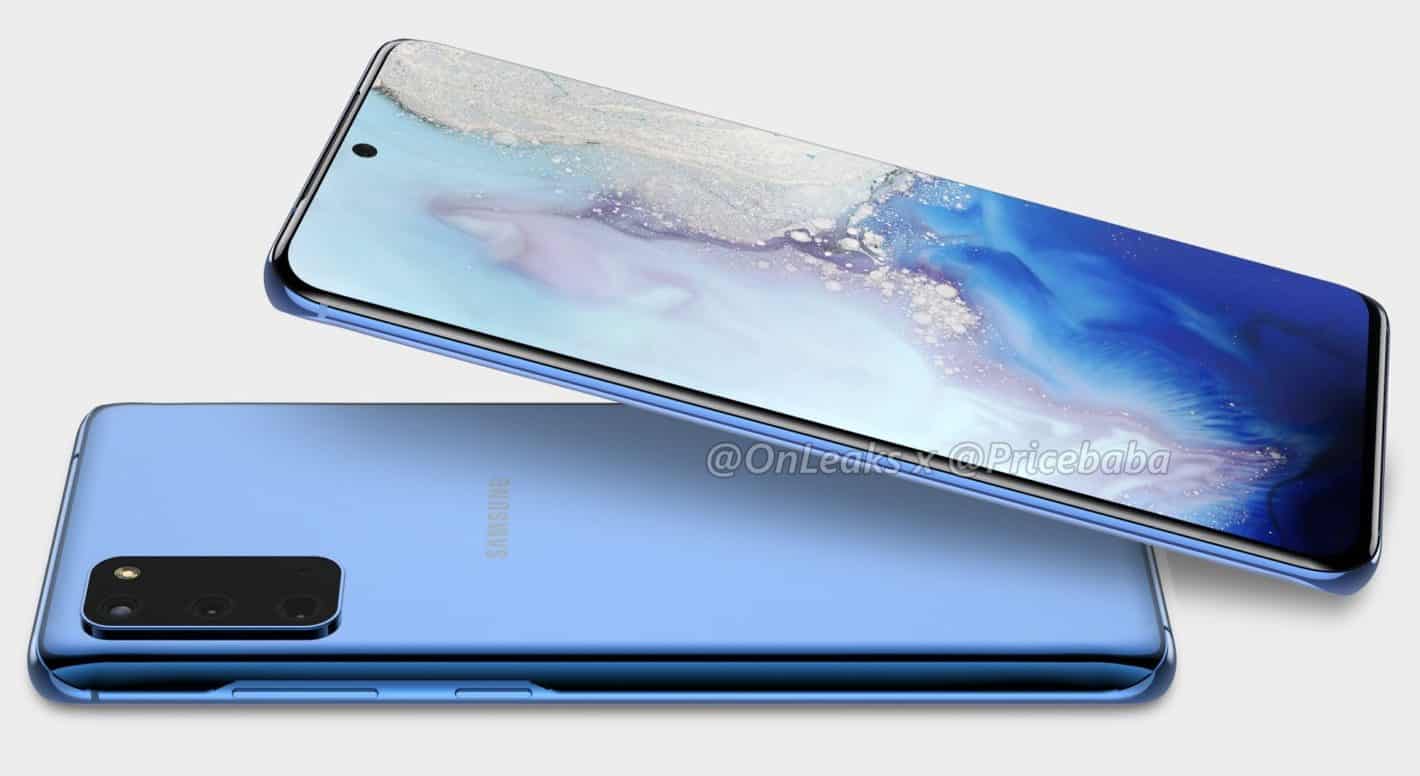 The Samsung Galaxy S11e renders have just leaked, following the Galaxy S11 ones. Much like with the Galaxy S11 renders that appeared a couple of days ago, these ones are also CAD-based.

These renders show the Galaxy S11e from all angles

If you check out the gallery down below, you'll be able to see the device in quite a few images. On top of that, the source shared those renders in a video format as well, in case you prefer it.

Based on the provided images, the Galaxy S11e will resemble the Galaxy S11 quite a bit. It will include fewer cameras on the back, and it will be a bit smaller. Other than that, these two phones look the same.

The phone will be made out of metal and glass, and both its front and back sides will be curved. The phone will actually offer a curved display, much like the Galaxy S11.

Thin bezels will be included all around the display, while the bottom one will be a hair thicker than the rest. The Galaxy S11 will feature a similar-looking camera setup on the back, similar to the Galaxy S11.

The S11e will sport three cameras on the back, it seems, compared to five on the Galaxy S11. Those cameras will be a part of the camera module on the back, along with an LED flash, and a laser autofocus.

We presume that Samsung plans to include telephoto and ultrawide cameras, along with the main sensor. We still do not know what sensors will those be, but a 108-megapixel unit is expected to be included.

It will be the smallest S11 flagship Samsung will offer

The phone will ship with an under-display camera, and its display will measure between 6.2 and 6.3 inches. This will be the smallest Galaxy S11 flagship that Samsung will offer next year. It will include a higher display aspect ratio than the Galaxy S10, as it's expected to ship with a 20:9 aspect ratio.

On the bottom, you'll find a Type-C port, a microphone, and a speaker grille. The volume up and down buttons will be included on the right, along with a power / lock button. A 3.5mm headphone jack will not be included, as expected. The phone is said to measure 151.7 x 69.1 x 7.9mm (9.1mm with a camera bump). That is pretty much all the info that the source shared at this time.

The Galaxy S11e will be fueled by the same flagship SoCs as its siblings. The Snapdragon 865 is expected to be included in the US and China, while it will sport the Exynos 990 in Europe and India. UFS 3.0 flash storage will be included, along with plenty of RAM. The device will probably become official in February next year.