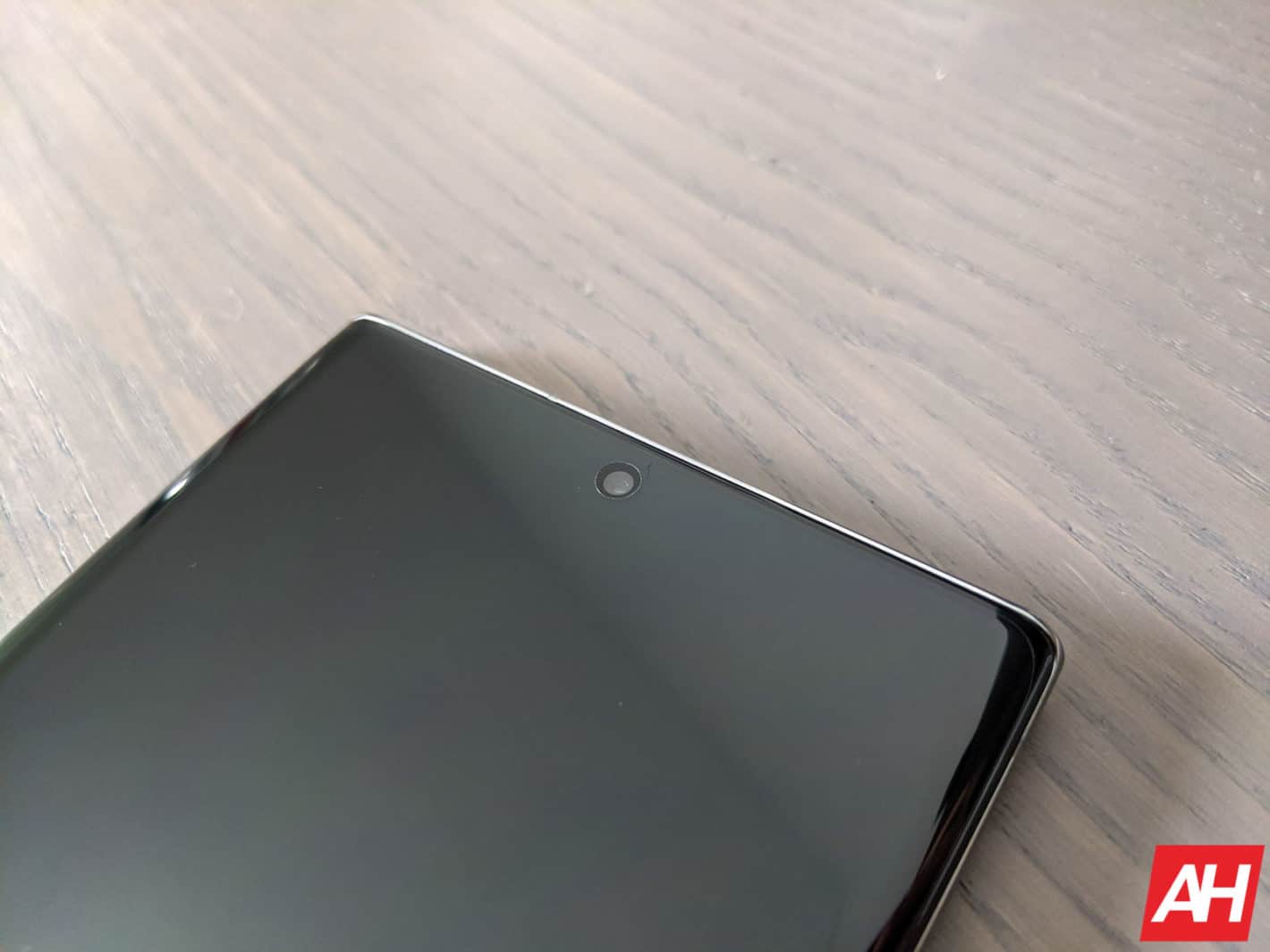 The Samsung Galaxy S11 5G has surfaced on Geekbench, it seems. The device with a model number SM-G986B appeared, and based on Samsung's previous naming schemes, this is the S11 5G.

This Geekbench listing shares some Galaxy S11 5G spec info, and it surfaced today. Before we get to it, though, it is worth noting that the phone scored 427 points in the single-core, and 2,326 in the multi-core test.

This listing confirms that the device will be fueled by the Exynos 9830 processor. Do note that the Snapdragon 865 is still likely to fuel the device in the US and China. The Exynos 9830 will fuel it in the vast majority of markets, though, including Europe, India, and South Korea.

This also confirms, more or less, that Samsung plans to stick to the Exynos 9830 naming. The Exynos 9820 fuels the Galaxy S10 and Note 10 series. Samsung introduced its flagship SoC under the name Exynos 990, but it seems like it will rebrand it to Exynos 9830 for the S11 series.

Android 10 will come pre-installed on the device, which is also something Geekbench confirms. On top of it, you'll get Samsung's custom UI, One UI 2 most probably.

This variant of the Galaxy S11 includes 12GB of RAM, according to Geekbench. That will not be the case with every S11 handset, though, of course. The Galaxy S11 will be available in several RAM and probably storage variants.

The Galaxy S11 and S11e did surface quite recently. The two phones appeared in renders that have been shared by @OnLeaks. Chances are that those renders are spot on. It remains to be seen if the Galaxy S11+ will resemble them, or differ in some way.

It will feature a 20:9 display

The Galaxy S11 and S11e will be made out of metal and glass, and feature a centered display hole on the front. Both devices will include a curved display, and a 20:9 display aspect ratio.

All three Galaxy S11 smartphones will become official in February next year, most probably. Samsung will probably be looking to introduce all three phones prior to the Mobile World Congress (MWC).

All three devices are rumored to include a 108-megapixel camera on the back. A periscope-style camera setup had also been mentioned, along with 10x lossless zoom. 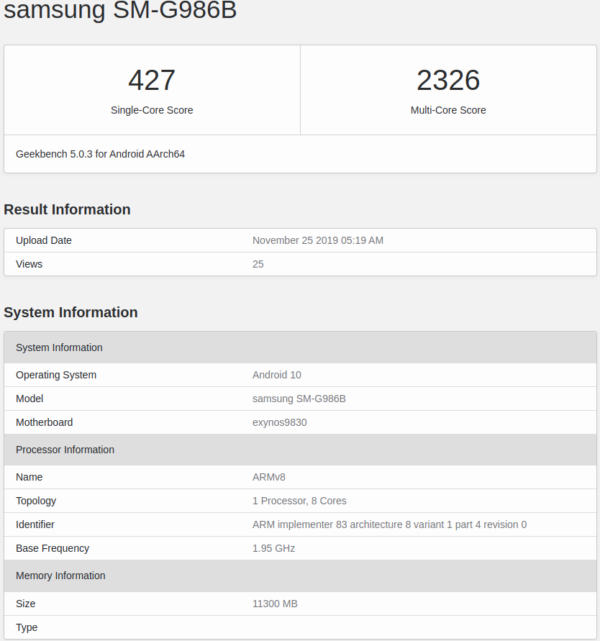