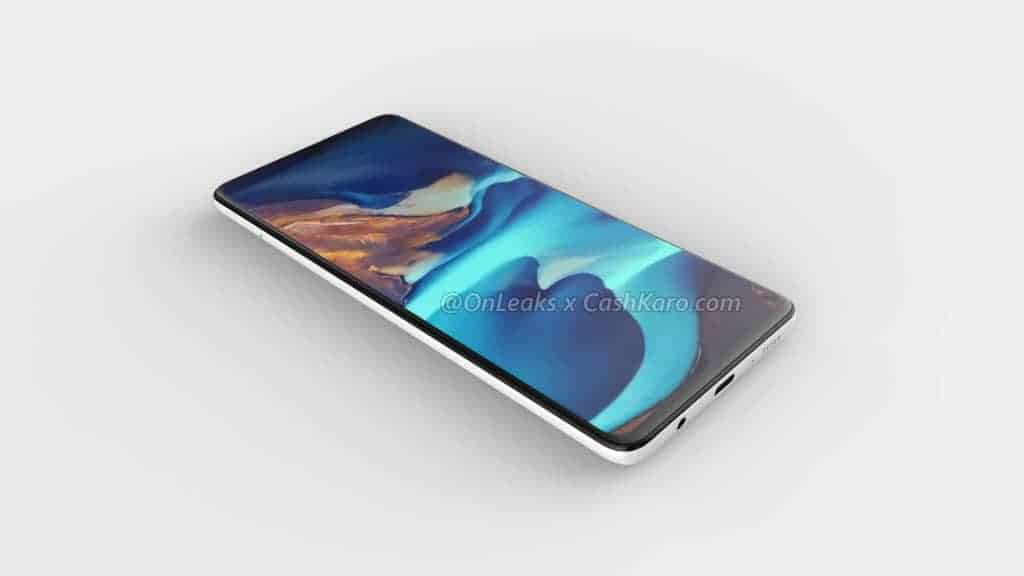 Earlier this month, the Samsung Galaxy A51 leaked in a number of renders. Well, the same just happened with its sibling, the Galaxy A71, which appeared in renders. This device has appeared over at CashKaro, as the site partnered up with OnLeaks.

The source shared renders of the Galaxy A71 from pretty much every angle. In addition to that, a video has also been shared, which shows those renders, but in a moving format.

As you can see, the phone will also include an L-shaped camera setup on the back. Three of its cameras will be vertically aligned, and the fourth one will be placed on the bottom right. That creates a letter 'L', basically. An LED flash will also be a part of that camera module on the back.

The device will include a flat display, and really thin bezels. Its bottom bezel will be the thickest, and it will be only a hair thicker than the rest of its bezels. A display camera hole will be included here, and it will be centered at the top of the display.

From the front, the device is somewhat reminiscent of the Galaxy Note 10 series, mainly due to its thin bezels, and that display camera hole position.

Samsung's logo will be placed on the back of the device, along with the camera module. The edges of the phone's back side will be curved, so that the device fits better in your hand.

This will be a mid-range smartphone, as it is a part of the 'Galaxy A' family. Both the Galaxy A51 and A71 are expected to arrive early next year. That may happen in January, even.

The source says that this phone will be 9.22mm thick, and the reason for that is its rear-camera setup. If you don't count in that camera setup, the phone's thickness drops to 7.9mm. The source also claims that the phone will be 163.5mm tall, and 76mm wide.

A 3.5mm headphone jack will be included on this phone

A 3.5mm headphone jack will also be a part of the package, as it will sit next to the Type-C port on the bottom of the device. The Galaxy A71 will feature a 6.7-inch display, claims the source.

That is basically all the information that was shared at this time. It seems to us that the phone will be made out of metal and glass, at least based on the provided renders.

The Galaxy A71 will probably be fueled by one of Qualcomm's processors from the Snapdragon 700 series. It will include a large battery on the inside, and most probably ship with Android 10 out of the box.