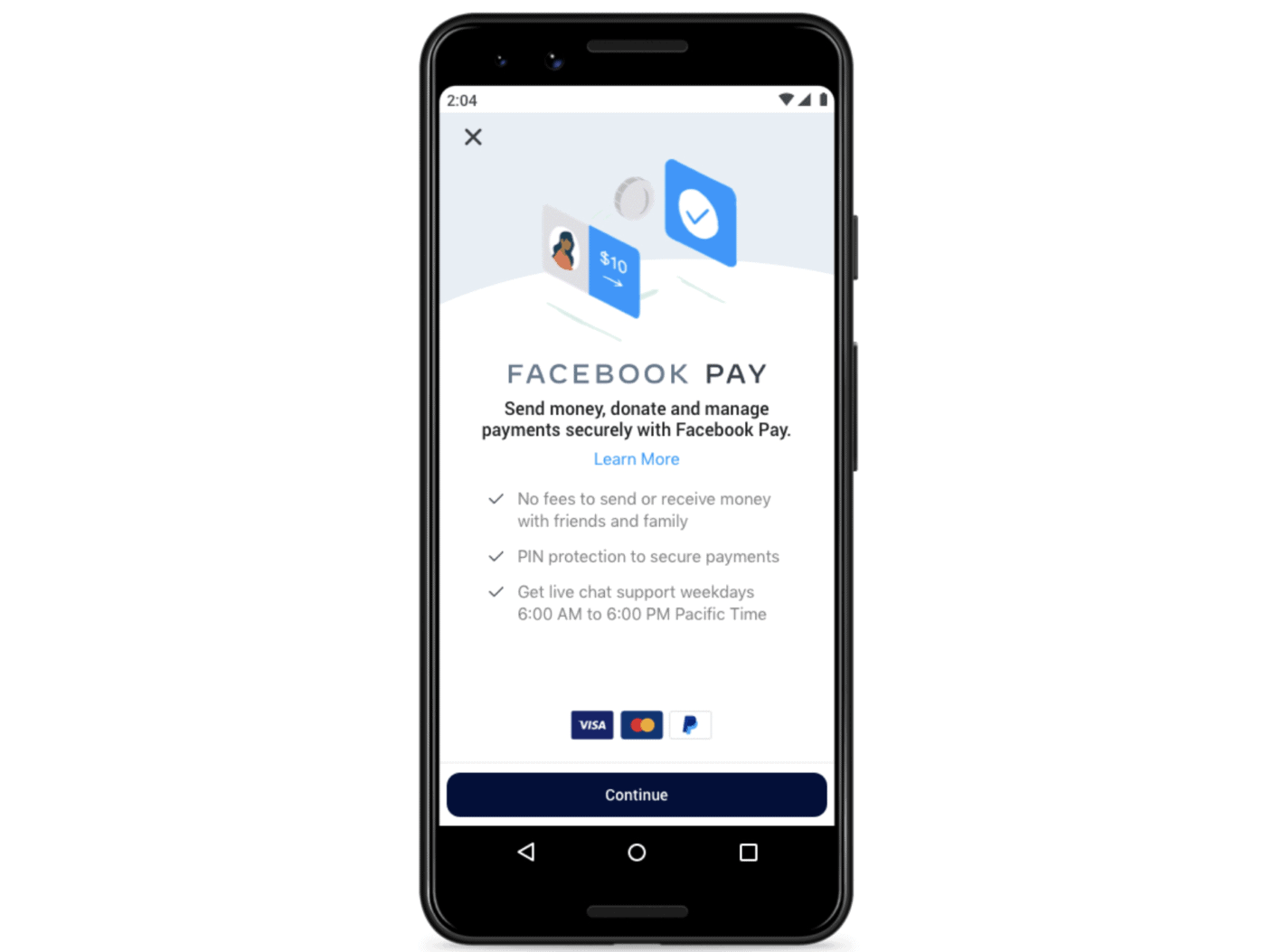 Facebook has announced the launch of its new unified mobile payments system. Aptly named Facebook Pay, the service allows users of Facebook, WhatsApp, Instagram, and Messenger to make payments without exiting the app. This service is separate from Facebook’s cryptocurrency wallet Calibra that runs on the Libra network.

Facebook Pay will be available on Facebook and Messenger starting this week in the United States. Users can pay for fundraisers, in-game purchases, event tickets, and person-to-person payments on Messenger, as well as for purchases from select Pages and businesses on Facebook Marketplace. Support for WhatsApp and Instagram will be added in the future.

“Over time, we plan to bring Facebook Pay to more people and places, including for use across Instagram and WhatsApp,” writes Deborah Liu, Facebook’s vice president of marketplace and commerce, in a blog post.

Facebook started making inroads into the mobile payments industry in February 2018, when it started testing person-to-person payments via WhatsApp in India. The service, however, never got off the testing phase owing to several government regulations.

Facebook, meanwhile, has now launched a bigger and broader service that works across all its major platforms. As the company says, people already make payments across its apps to shop, donate to causes and send money to each other. Facebook Pay will make these transactions easier and faster.

Once you add a payment method, it’ll work across any of the Facebook apps for which you enable it. Like any other similar service, Facebook Pay will also let you view your payment history and manage payment methods. The company also promises real-time customer support via live chat.

To set up Facebook Pay on Facebook or Messenger, go to Settings and then Facebook Pay on the Facebook app or website. Now add a payment method and you’re all set. Next time you make a payment on either of these apps, you’ll have the option to pay through Facebook Pay. The service works with most major credit and debit cards, as well as PayPal. Facebook Pay uses Stripe, PayPal, and others to process the payments.

Facebook Pay launches at a time when trust in Facebook is at an all-time low. While the company promises security options such as PIN and biometrics, including fingerprint and face ID, it’s data collection practices may concern authorities.

Facebook says it will not receive or store your device’s biometric information. However, it will collect information about the purchase such as the payment method, transaction date, billing, shipping and contact details. This information will be used to show targeted advertisements to users.

These advertising practices of Facebook, along with its privacy mishaps have put the social media giant into troubles. So there’s every possibility that Facebook Pay will be put under the scanner as well. 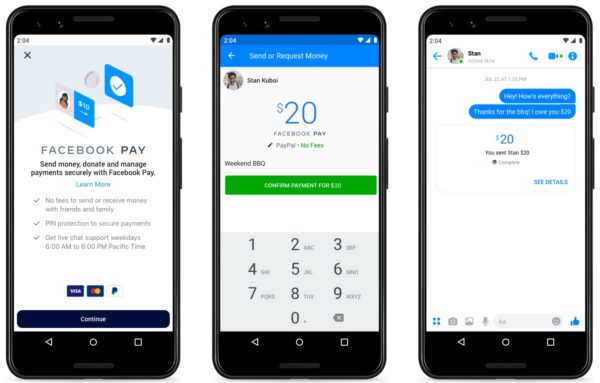