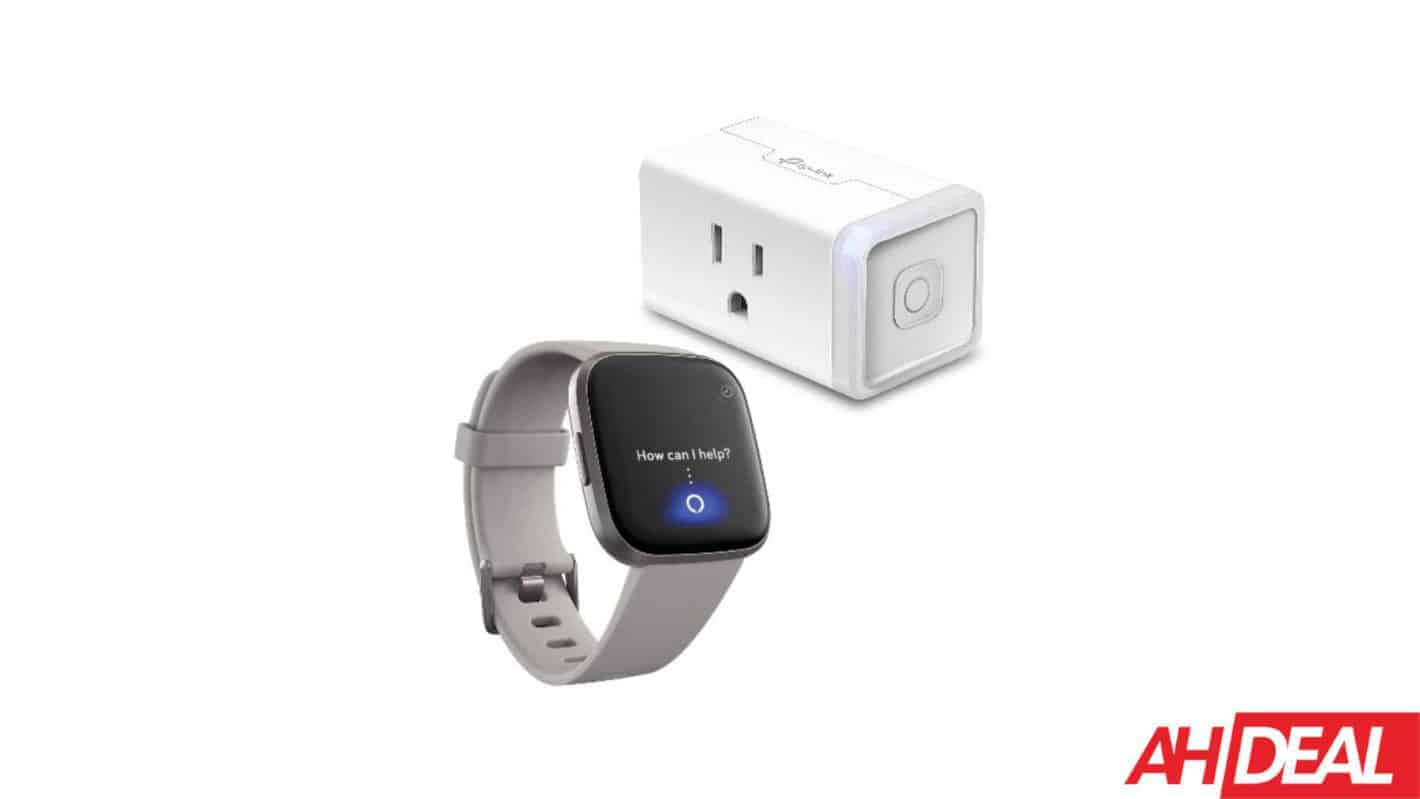 Amazon is celebrating Alexa's fifth birthday right now, and is discounting a number of Alexa products. And that includes the Fitbit Versa 2.

While it isn't actually on sale, the Fitbit Versa 2 is getting a free TP-Link Smart Plug thrown in. So for $199, you're getting both – and the smart plug is a $22 value.

The Fitbit Versa 2 is getting in on this Alexa birthday because it has Amazon Alexa built-in. So you can Ask Alexa to do virtually anything, from your wrist, which is actually really impressive, and definitely a cool feature. You can check the weather, get the news and much more, with Alexa on the Versa 2.

The Versa 2 is a smartwatch from Fitbit, which is going to allow you to track all of your fitness goals. So it can track your steps taken, calories burned, your workouts and so much more. It's a really great fitness tracker to pick up. And it has a big and beautiful OLED display that is great for giving you other information, like your leaderboard, or your flight information. Since there are apps available for the Versa 2.

Then there's the TP-Link HS105 Smart Plug. This is a smart plug that does indeed work with Alexa, hence the bundle. So you're going to be able to turn on and off whatever is plugged into this smart plug, with your voice. You can also use the TP-Link app for controlling it. This is going to make virtually anything smart. Of course, the functionality is still limited to just turning it on or off, but it is very useful for doing so.

You can pick up this bundle of the Fitbit Versa 2 and the Alexa-enabled TP-Link HS105 Smart Plug in this Amazon sale by clicking here. But you'd better hurry as this sale isn't going to last long.