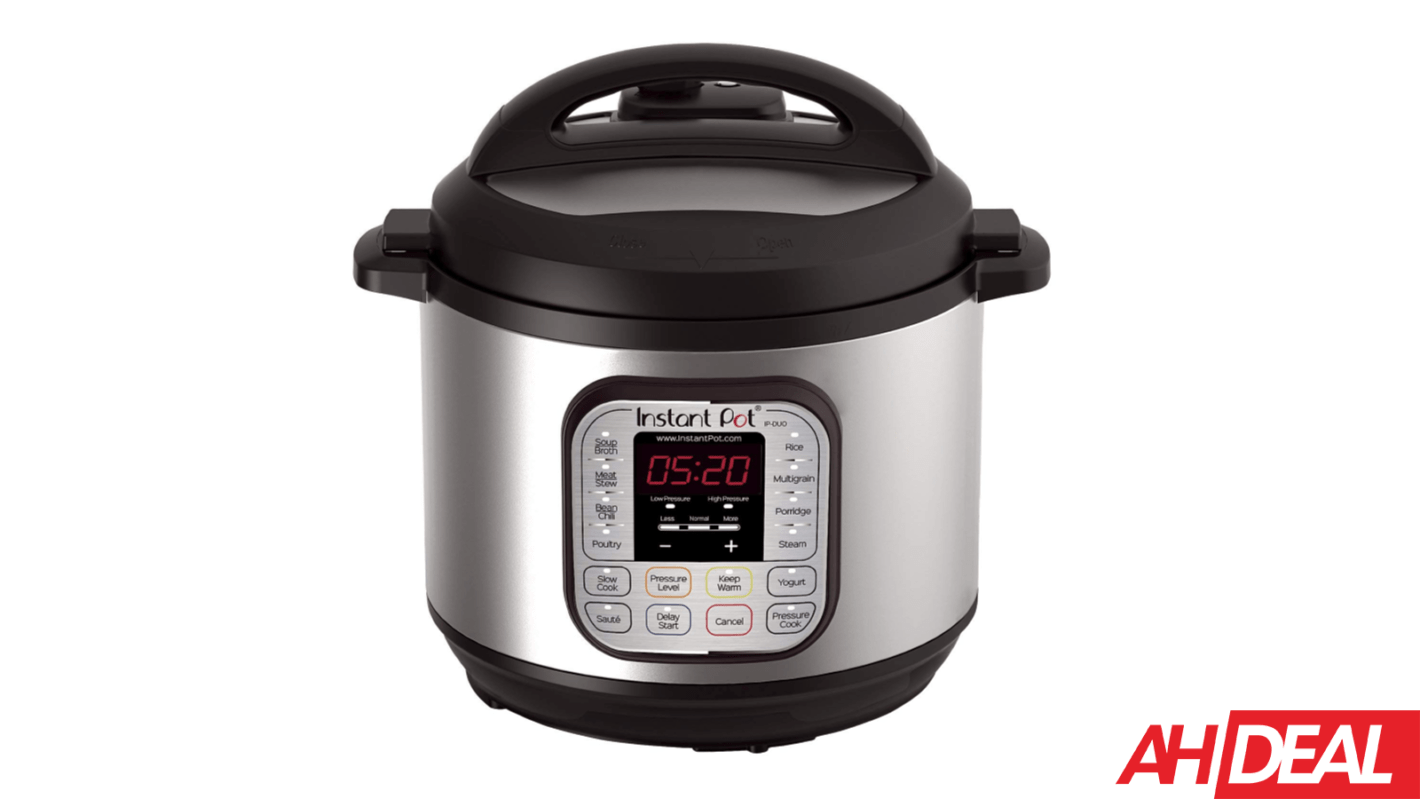 This is going to allow you to replace six different appliances in your kitchen, with just a single appliance.

This particular model is the eight quart model, which is going to be large enough to feed up to eight people. That's definitely great for larger families. There are smaller four and six quart models available, but they are not on sale in Amazon's Gold Box Deal today.

With the Instant Pot LUX80 you're going to be able to make all sorts of great meals, without a whole lot of work. And there is an Instant Pot app to help you with that. The app has thousands of recipes from Instant Pot as well as other users. So if you've ever wanted to find a recipe to use with your Instant Pot, this is the app to use.

The app also works with Amazon Alexa, so using an Echo, you can follow along with the recipe, without having to take out your phone and get it dirty while you're cooking. That's definitely a pretty cool feature to have.

You can pick up the Instant Pot LUX80 8-Qt model from Amazon today by clicking here, this Black Friday price won't last though. In fact, it'll only be available until midnight PST tonight, since it is part of the Gold Box Deal of the Day. So you'll want to grab it before it's gone.