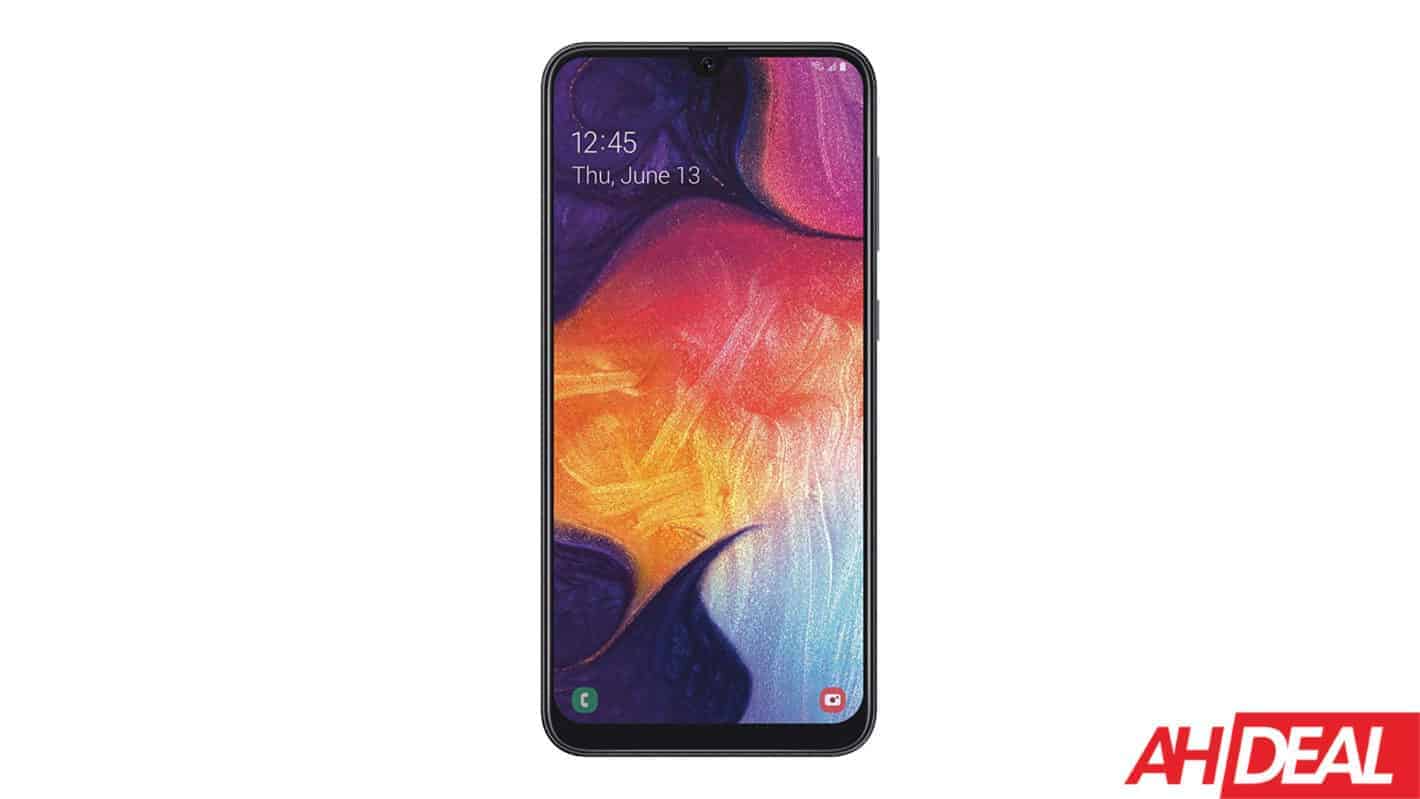 Galaxy A50 is one of Samsung's more high-end, mid-range smartphones. It comes with some pretty impressive specs for its price. That includes a 6.4-inch full HD+ display, the Exynos 9610 chipset with 4GB of RAM and 64GB of storage. It also has a triple-camera setup on the backside, which is something we really only see on much more expensive smartphones.

It has a 25-megapixel main sensor, as well as a 8-megapixel ultrawide sensor (something the Pixel 4 doesn't even have), and a 5-megapixel depth sensor. There is also a 25-megapixel front-facing sensor for talking those all-important selfies.

Where the Galaxy A50 really shines though, is that 4000mAh capacity battery. That is pretty insane to see on a smartphone at this price. And given the specs we've already listed off, it should last you at least a full day, if not two – depending on your usage. Even for heavy users, they won't need to worry about running out of juice.

The Galaxy A50 is being sold unlocked too. It'll work on all four US carriers – AT&T, Sprint, T-Mobile and Verizon. All you need to do is pop in your SIM card and you'll be all good to go. With this unlocked model, Samsung is offering a one-year warranty on the Galaxy A50 as well. So you won't need to worry about something happening to your smartphone, as Samsung has your back.

When it comes to smartphones in this price range, you usually end up getting something that is just not good. Offering a terrible user experience and worse specs. But Samsung has somehow given us a pretty impressive smartphone in the Galaxy A50, one that should definitely cost a lot more. Now with it at $299, it's hard to pass it up.

You can pick up the Samsung Galaxy A50 on sale from Amazon by clicking here.