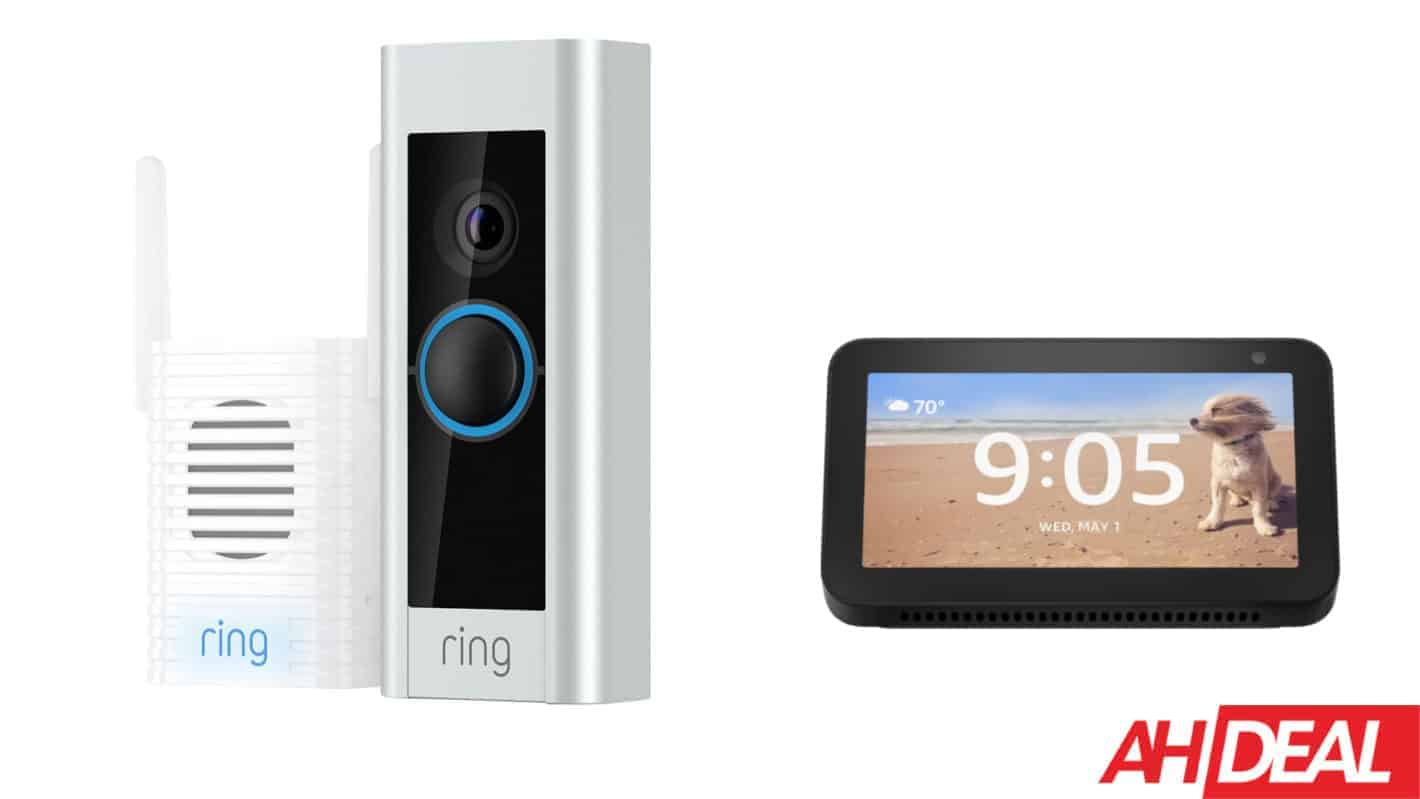 Best Buy has bundled the Ring Video Doorbell Pro and the Ring Chime together, for $179. That's $120 off of its regular price. Then is throwing in the Echo Show 5 for free, which is a $79 value. This is actually the price it will be on Black Friday, but it's here early!

The Ring Video Doorbell Pro is exactly what it sounds like, it's a video doorbell. This one is thinner, so it fits in better outside of your home. It also has a really good camera with a wide viewing angle. This is going to allow you to see everything happening in front of your home. Including those that might be looking to steal your Amazon packages.

Ring Chime works with the Video Doorbell Pro and will chime when someone rings the bell. Pretty cool right? Of course, you'll still get a notification on your phone when someone is there.

Then there's the Echo Show 5, which is going to allow you to see who is at the door and talk to them through the smart display. This has Alexa built-in, so you can do other things like play YouTube, Amazon Prime Video, do some video calling, etc. This all works on a 5-inch display, which is great because it's smaller and can go somewhere where there is less space, like a kitchen.

This bundle is pretty incredible, to be honest, and it's not going to last long. It'll likely go out of stock pretty quickly. So you'll want to pick it up now.

You can pick up the Ring Video Doorbell Pro, Ring Chime and the Echo Show 5 bundle from Best Buy in its early Black Friday sale by clicking here.