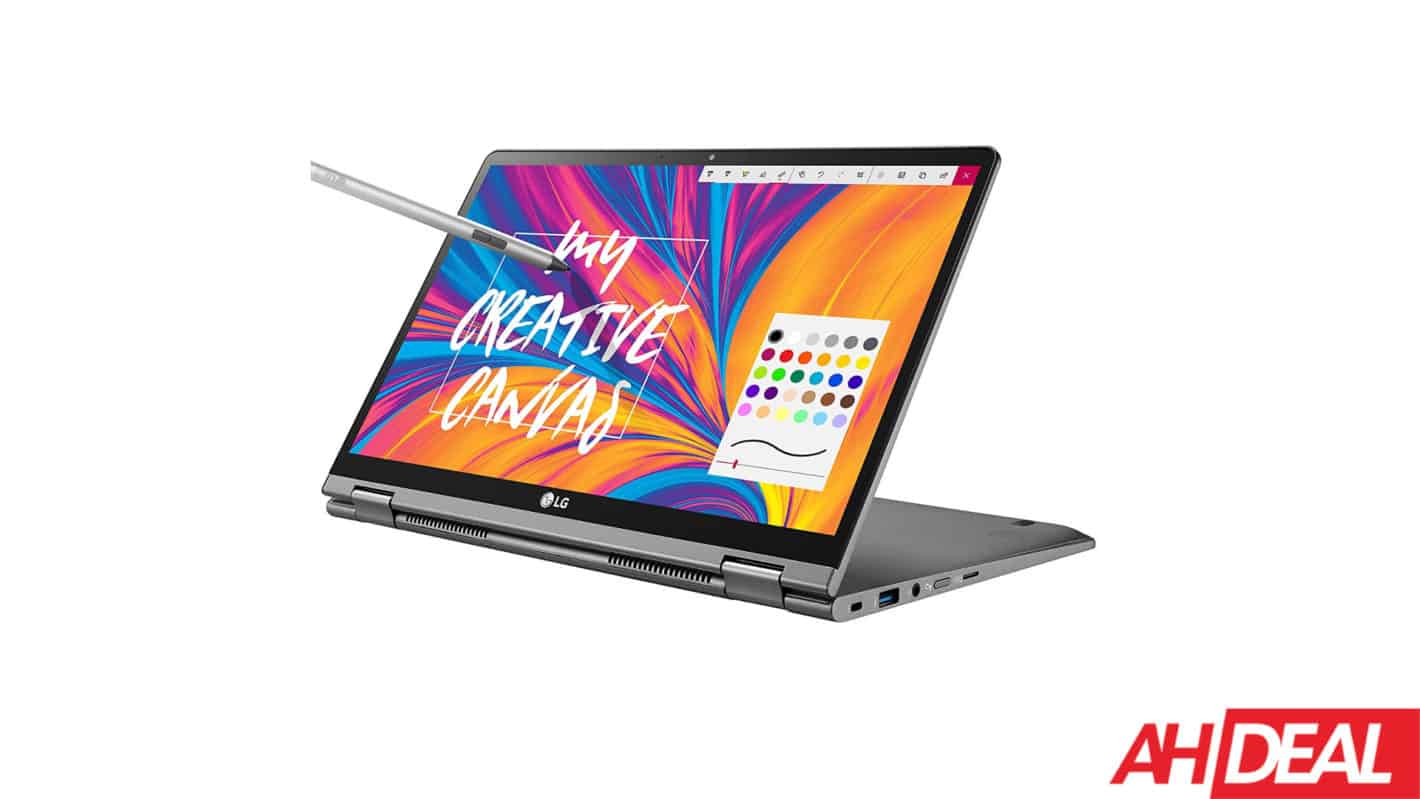 The LG Gram is getting its Black Friday sale a bit early. Right now, you can save $300 on the LG Gram from Amazon. Bringing the price down to just $1199.

This particular model is the 14T990-U.AAS8U1. Which comes with a 14-inch touchscreen. Along with an Intel Core i7-8565u processor, 16GB of RAM and 512GB of storage. This is all powered by a 72Wh battery inside. Which is going to keep this laptop running all day long – we're talking double-digit hours!

Now what makes the LG Gram, the Gram, is how powerful and lightweight it is. It weighs in at just two and a half pounds. That's a good pound lighter than most other Ultrabooks on the market.

Now the LG Gram is a pretty powerful machine, as you can tell by the specs. But it gets even better.

You can use the LG Gram as a tablet, and draw in different apps thanks to the Wacom pen that is included. Since it's a 2-in-1, you can fold the screen back and use it like a gigantic tablet. Which might appeal to some.

There is also support for Windows Hello, allowing you to login to your computer much easier than ever before.

The big reason why the LG Gram is so popular, is because of how light it is, while still being very powerful. And that is the case here. Now this isn't going to rival a gaming laptop from Razer or MSI, but it is going to get some work done. With that Intel Core i7 and 16GB of RAM under the hood.

Not to mention the pretty impressive battery life that most LG Gram laptops offer.

You can pick up the 14-inch LG Gram in this Black Friday sale from Amazon by clicking here. But you'd better hurry, as this sale won't be around for long.