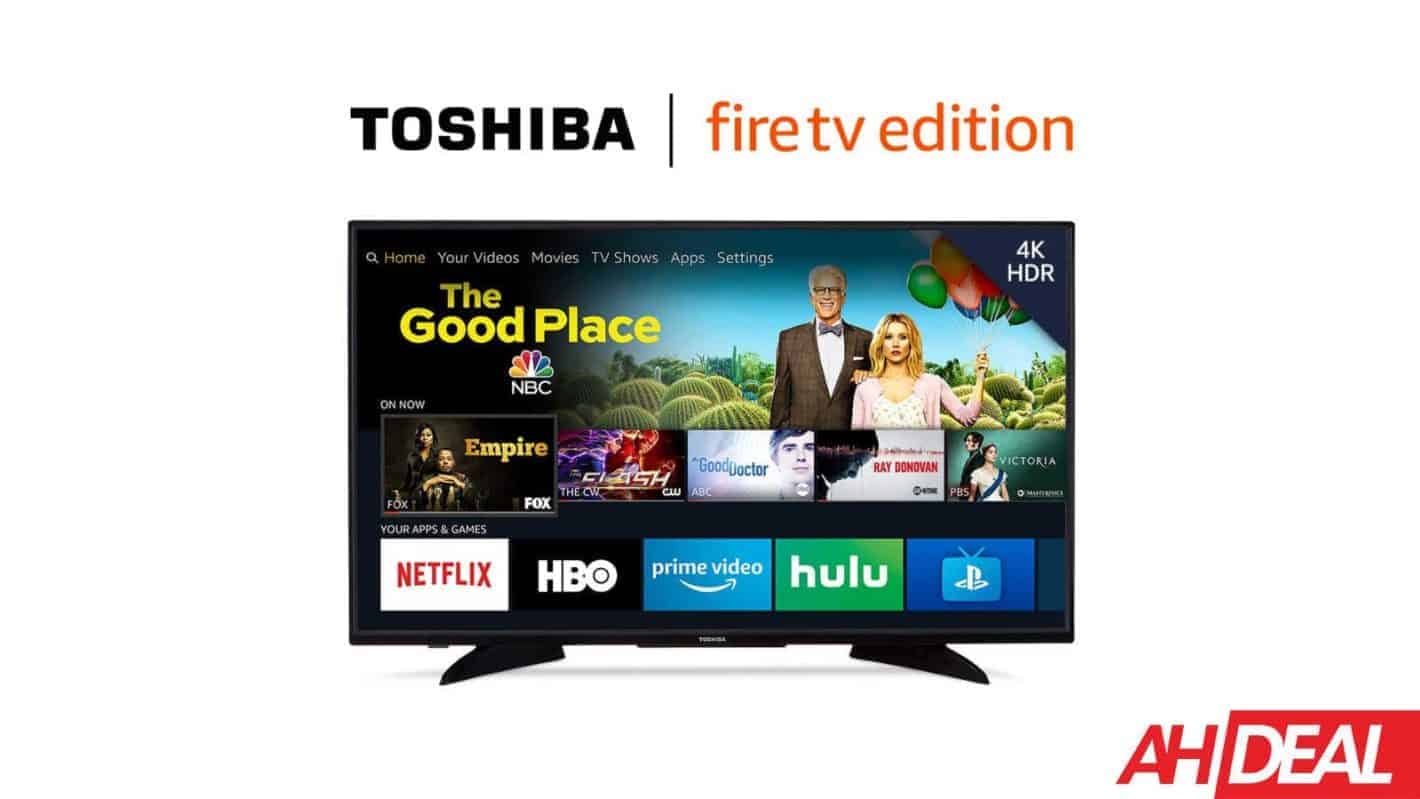 Best Buy is discounting the Toshiba 50-inch 4K Fire TV in its latest pre-Black Friday sale. Allowing you to save $80 on this TV, and get 40-percent off your first two months of Sling TV. That's a really good deal actually. It's just $299 right now.

This TV from Toshiba is a 50-inch 4K TV with Fire TV built-in. This means that you're not going to need to worry about buying a set-top box to plug in, and watch Netflix. It's all built right in. Which is a really nice feature.

With Fire TV, you're going to get all of your big name apps. Like Netflix, Hulu, Disney+, HBO GO, Showtime Anywhere, Amazon Prime Video, YouTube and much more. So you're going to be able to watch all sorts of great TV shows and movies on this TV, with ease.

Amazon Alexa is also built-in. Allowing you to quickly find something to watch, as well as controlling your smart home products from your couch, all while using your voice.

Now on the TV side of things, this is a really great TV actually, and since it is just $299. This is a 50-inch TV that supports Dolby Vision and all of the popular HDR standards. This is going to give you a really great TV watching experience, and a great picture. Watch something that supports Dolby Vision on this TV, and you're really going to notice the difference.

You can pick up the Toshiba 50-inch 4K Fire TV from Best Buy in its pre-Black Friday sale by clicking here. This price isn't going to last long though, so you'll want to grab it before it is gone.