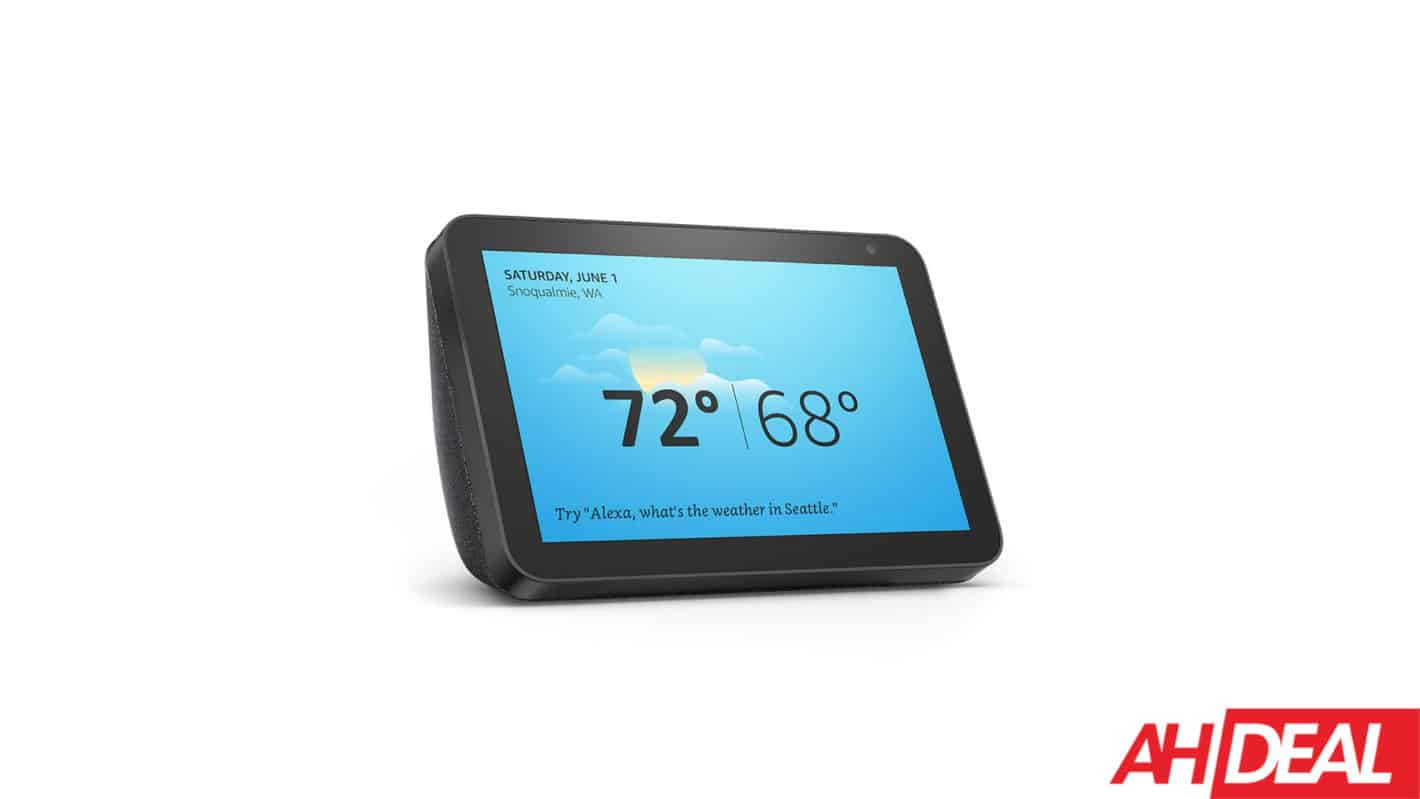 The Amazon Echo Show 8 is already on discount for just $99.99. That is $30 off of its regular price. And to make it even better, it hasn't even started shipping yet – it'll start on November 21.

The Echo Show 8 was one of the newer Amazon Alexa products that was announced back in September. It has been up for pre-order for a few weeks now, but it doesn't start shipping for another nine days. So what better time to take advantage of a discount on the Echo Show 8 than right now.

As you can likely tell by the name, the Echo Show 8 is a smaller Echo Show. Sporting a 8-inch display.

It is also more of a wide-screen device, versus the more square display on the regular Echo Show.

With the Echo Show 8, you get to take Alexa into a visual state. So now when you ask Alexa to do things, you can actually see it, instead of her just telling you things. This is really great with weather, as you can see the current conditions, the high and low for the day and the next few days. Making it a really useful feature.

This also works really well in the kitchen, seeing as you'll be able to follow recipes on the Echo Show 8, as well as make shopping lists – which then sync with your phone.

Echo Show 8 also has a video camera built-in. This is so that you can do video chats with your friends and family. That makes this a really great gift for your parents or even grandparents this Christmas, as they can see their kids and grandkids anytime. This is a really great Echo Show to pick up, since it is much smaller, and fits into smaller spaces.

You can pick up the Amazon Echo Show 8 from Amazon by clicking here.