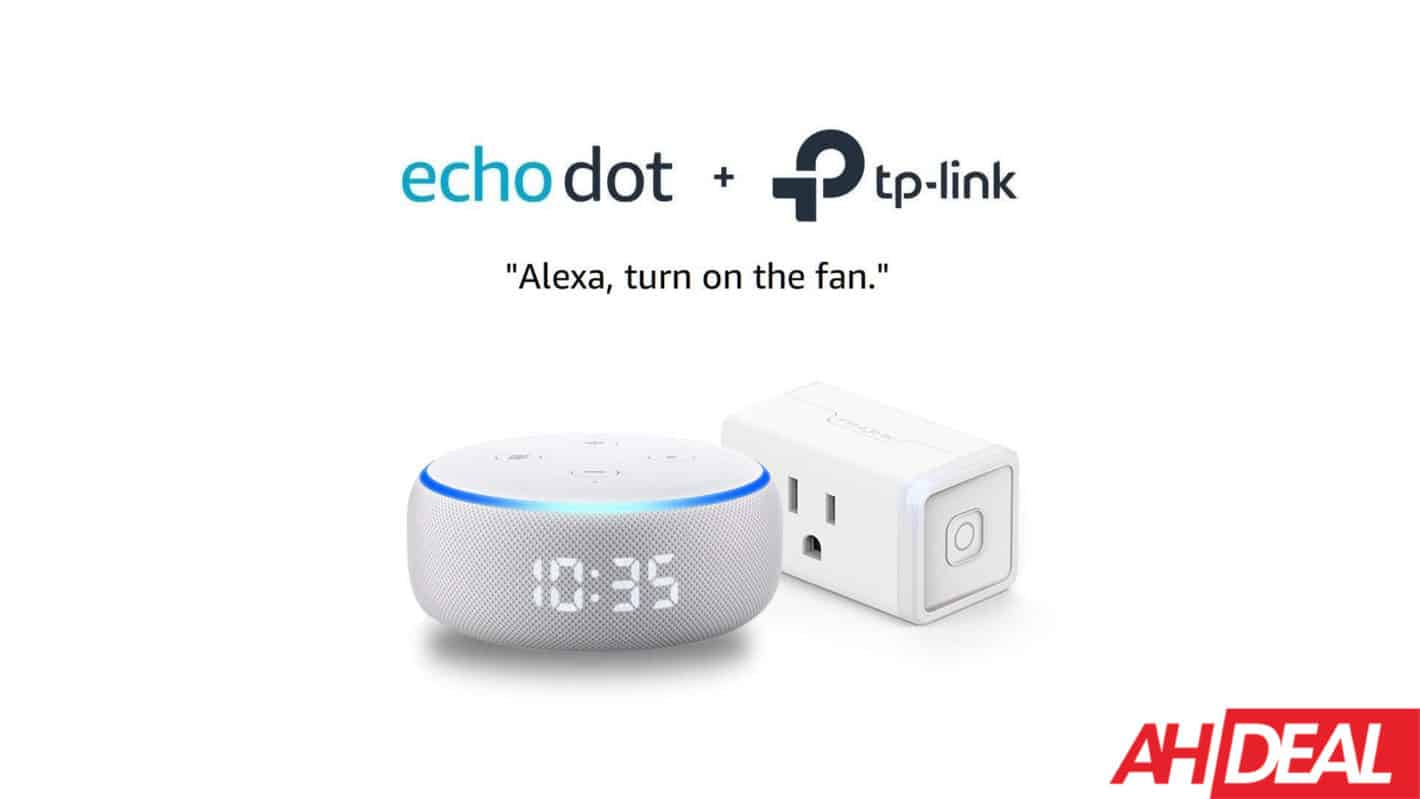 The Echo Dot with Clock is very similar to the regular Echo Dot. In fact, it is the same. The only difference is the fact that there is an LED clock built into the Echo Dot. Which is a really nice addition. Allowing you to set this on a bedside table and use it as a clock.

It still has Alexa built-in, allowing you to do all sorts of things, including asking for the weather, the traffic conditions, the latest news and controlling your smart home devices. And that includes things like the TP-Link Smart Plug Mini that is included in this bundle.

The TP-Link Smart Plug Mini is actually a really nice one to pick up for a number of reasons. It's pretty small, so it's not going to cover up the other outlets that you might have. It is also compatible with Amazon Alexa and Google Assistant, so even if you don't use Alexa that much, you can still use it with Google Assistant. Or if you use both in your home.

With this smart plug, you're going to be able to turn dumb appliances into smart ones. Though the functionality is still limited a bit. Seeing as you can really only turn it off or on. But that's better than nothing. And you can set timers for it too.

You can pick up this bundle of the Amazon Echo Dot with Clock and the TP-Link Smart Plug Mini  for just $45 from Amazon by clicking here.