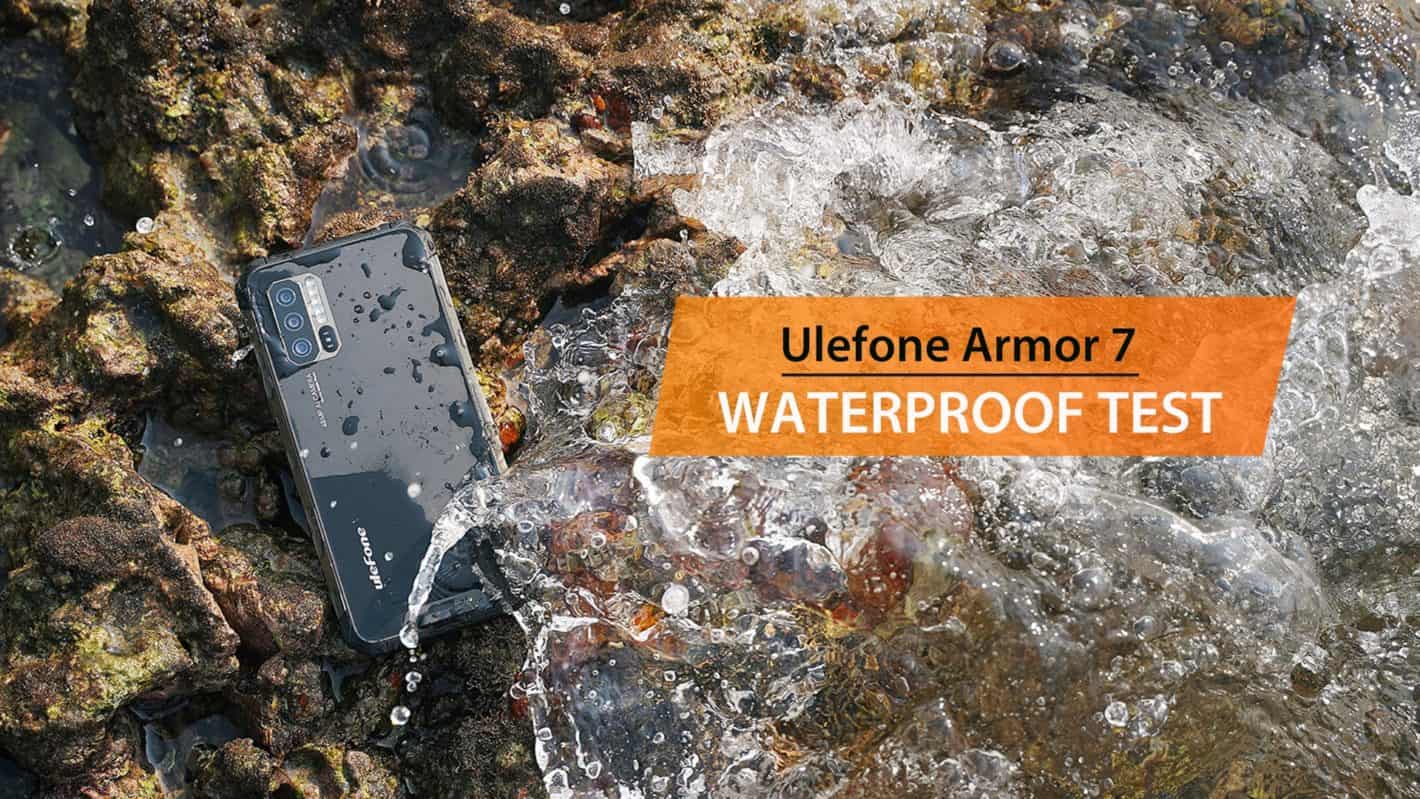 The Ulefone Armor 7 is one of the company's newest smartphones, and Ulefone has just released a new promo video for it. This time around, the company proves that the Armor 7 is waterproof.

This promo video has a duration of less than two minutes, and it not only shows that the Armor 7 is waterproof, but it also shows its general ruggedness.

At the very beginning of the video, you'll notice that the phone is in the sand. Ulefone moved it around, so that it gets properly dirty. At that point, the company decided to throw some water on it, and wash it off.

This is actually a good way to show that the phone can handle being splashed with water without an issue. Its charging port is also waterproof, which is something Ulefone notes in this video. Do note that you have to dry it off before charging, though.

The company also decided to throw the phone several times in this video. First, it threw it on the grass while it was raining. The second drop followed when the phone got dropped in shallow water, surrounded by rocks.

The Ulefone Armor 7 can become your diving companion, as it is waterproof

Now, you can even take this phone diving, which proves it is waterproof. The company hired some divers to take the device under water and shoot some video content. That is also being shown in the provided video.

All in all, the Ulefone Armor 7 is a great companion if you're really not a gentle smartphone user. This phone can handle dirt, water, and even being thrown around a bit.

The phone comes with IP68/IP69K and MIL-STD-810G certifications. The phone is made out of metal, mostly, but other materials are being used as well.

On the back of this phone, you'll be able to find three cameras. 48, 16, and 8-megapixel units are placed there. A single 16-megapixel camera can be found on the device's front side.

It comes with a 5,500mAh battery and 10W wireless charging