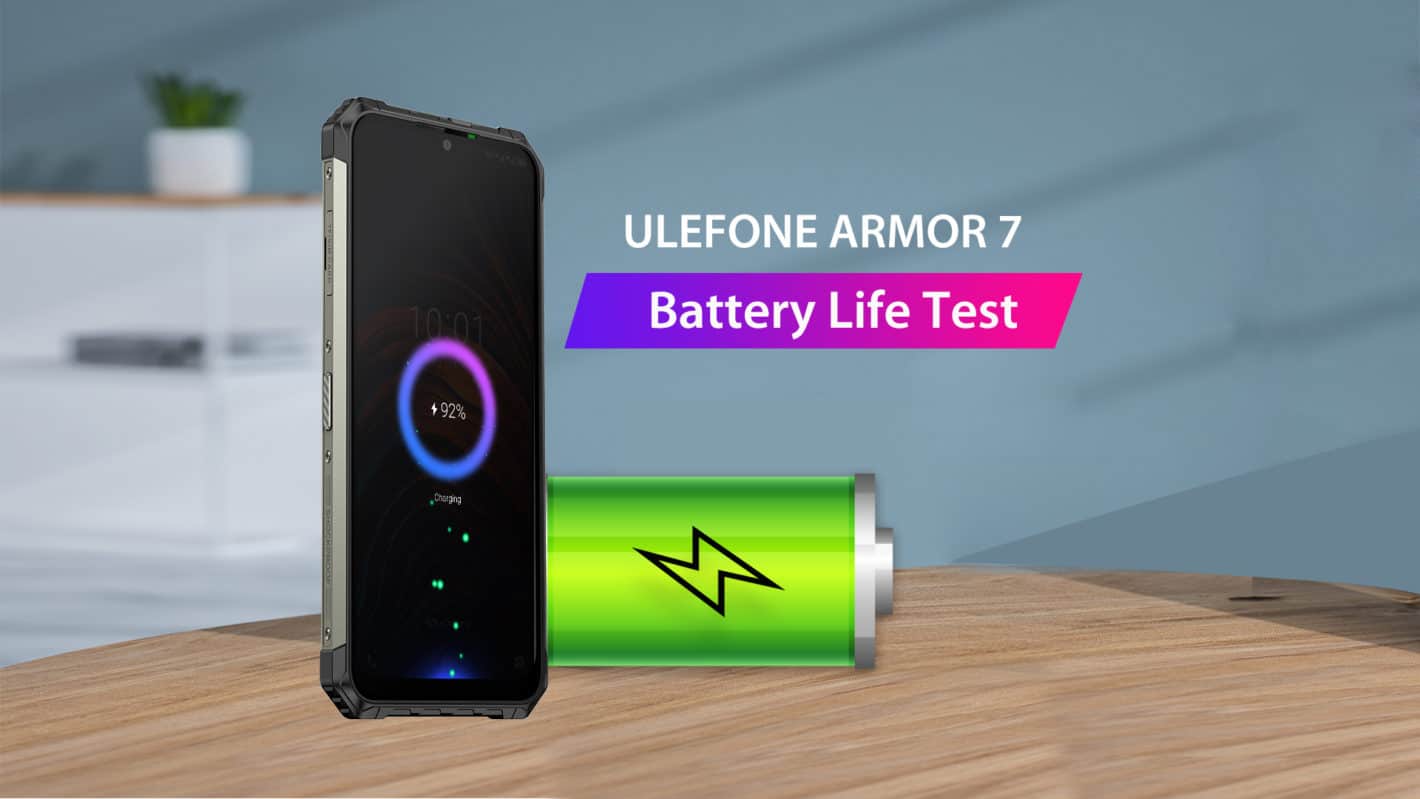 The Ulefone Armor 7 is one of the newest and best phones from the company. Ulefone continues its Armor 7 promotion with a new video, this time around, battery endurance is on the agenda.

The company published a new video on YouTube, showing off the Armor 7's battery prowess. The video itself is embedded down below, and it has a duration of less than a minute.

The Armor 7 is a rugged smartphone that includes a rather large battery on the inside. This phone comes with a 5,500mAh battery, and as you can expect, it provides great battery life as well.

Ulefone kicked off this test with a fully charged Armor 7. After 30 minutes of listening to music, with a display turned on, the device consumed only 2-percent of battery.

The next text included 30 minutes of watching a movie. That brought the battery down to 95-percent, which means that it dropped by an extra 3-percent.

The last test that Ulefone threw the Armor 7 way is an online gaming test. After half an hour of playing a 3D shooter, the phone's battery dropped by 4-percent, and it stood at 91-percent at that point.

So, after an hour and a half of usage, with music playback, video watching, and online gaming… the battery dropped by only 9-percent. Do note that the display has been on the whole time, and the brightness has been at max as well.

The Armor 7 is a rugged phone, but it actually looks really nice for a rugged device. This phone features a 6.3-inch fullHD display with a waterdrop display notch.

On the back of the Armor 7, you'll find three cameras, 48, 16, and 8-megapixel units. The phone is also equipped with 8GB of RAM and 128GB of internal storage.

That 5,500mAh battery on the inside can be wirelessly charged. This phone supports 10W Qi charging, which is not a common thing for rugged smartphones.

The Armor 7 is currently discounted over at Banggood, if you're interested. You can grab the phone for $369.99 if you want.