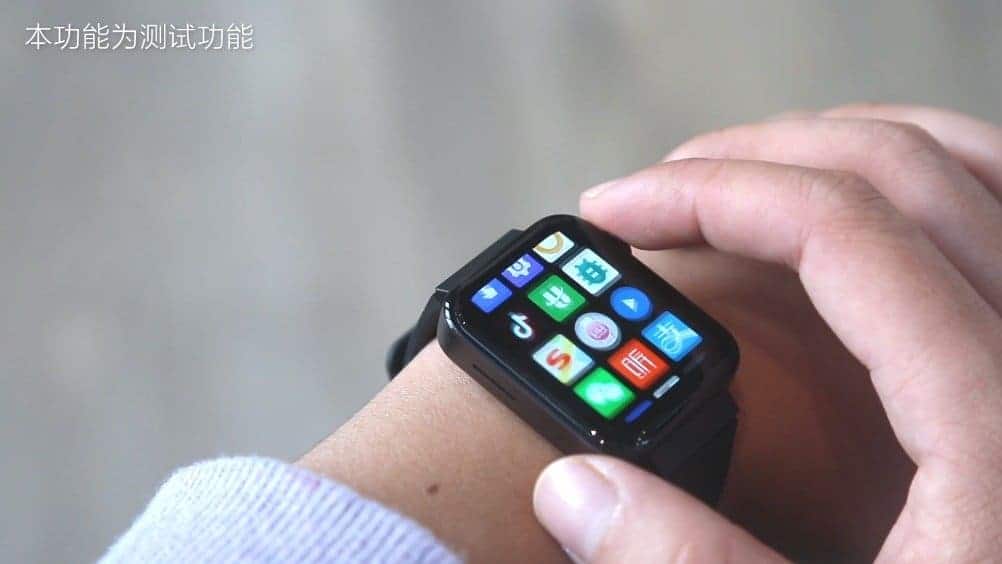 Xiaomi’s CEO, Lei Jun, shared an image of the Mi Watch yesterday. The company’s CEO basically confirmed the design of the device by doing that, and now some new information appeared. A company’s executive has shared a hands-on video with the Mi Watch.

This Mi Watch video got shared by Qu Heng (uploaded on YouTube by Venkatesh Gorantla), a General Manager of Xiaomi Ecological Chain. In this brief hands-on video, Mr. Heng shows parts of the UI on the Mi Watch. Software that comes pre-installed on the watch is called ‘MIUI for Watch’.

The name of that software has been confirmed by Xiaomi via an official teaser image. That image appeared on Weibo (Chinese social media network), in case you were wondering.

This may mean that Wear OS is out of the question. This smartwatch is expected to ship to markets outside of China, but it will probably ship with MIUI for Watch in all regions. Interestingly enough, folks over at IndiaShopps claim that this software is based on Wear OS, even though we haven’t seen a confirmation anywhere.

Now, if you take a closer look at the provided video, you will notice that the watch has an app launcher similar to Android phones. This watch will come with a ton of apps, it seems. Many of the apps shown in the video are aimed for China, though.

We’re expecting this watch to sport an OLED display, but we’ll see what is Xiaomi preparing. The provided video is showing the side-facing ‘crown’ in action as well.

That crown is rotatable, just like on the Apple Watch. It will also double as a physical button, power / lock button, to be exact.

The watch will be fueled by the Snapdragon 3100 SoC

That is not all, though. We also know that the Mi Watch will be fueled by the Snapdragon 3100 processor from Qualcomm. Yesterday’s image that Xiaomi shared suggested that Qualcomm’s processor will be included, but we did not know which one, until now.

This information comes from Pan Jiutang, a tipster, and partner of Xiaomi Industry Investment Department. Mr. Jiutang shared that info via Weibo.

He also said that the watch will not include a camera. He also referred to the device as a ‘miniphone’, and said that it can make calls, send messages, and connect to the Internet separately. That was to be expected, as WiFi functionality has been confirmed already, the same goes for an eSIM.

The Xiaomi Mi Watch will become official on November 5 in China. The company already announced that press event, and the Mi Watch is not the only device that will launch.

Xiaomi is also planning to announce the Mi CC9 Pro mid-range smartphone, and its next-gen TV, the Mi TV 5. The Mi Watch will probably steal the show, though. 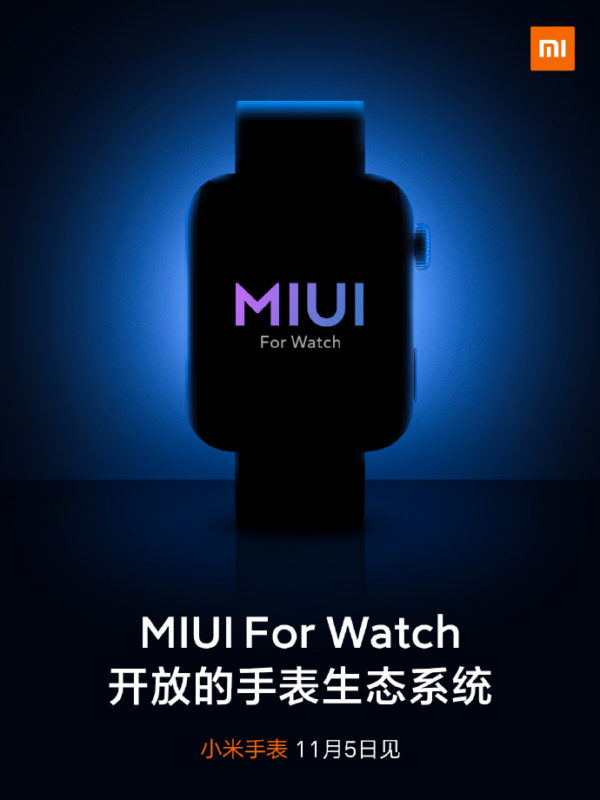