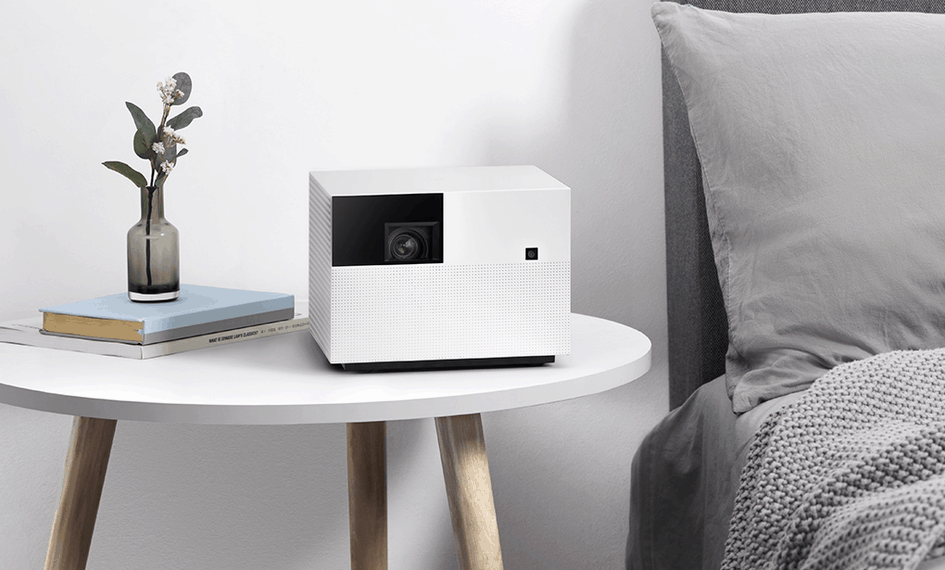 Xiaomi has decided to crowd-fund yet another product, this time around it's a projector. We're talking about the Xiaomi Mi Projector Vogue Edition here.

This product has been made by Xiaomi's partner, Fengmi. This company is well-known for manufacturing projectors, so the device is in good hands, it's not exactly unknown territory for them.

You will notice that this product has the 'Vogue Edition' in its name. Well, that's because the based Mi Projector was announced a while back. That device was quite bulky, and it was quite expensive. That is something Xiaomi is trying to change here.

The Xiaomi Mi Projector Vogue Edition's pricing will start at CNY3,699 ($522), which is not considered to be a high price tag for a solid projector. All in all, this projector is aimed at a far wider range of consumers than the original was.

Its lower price tag and smaller footprint do come with some compromises compared to the original. 4K video projecting is completely gone, this projector is limited to 1080p projecting. That is not something many people will complain about, as long as the projection is high quality.

The brightness has also taken a hit here. The original offered 9,000 ANSI lumens of brightness, while this device offers 1,500 ANSI lumens. That is not bad, but it's nowhere near the original. You need to keep in mind that this projector is much more affordable. This still makes the Mi Projector Vogue Edition brighter than most of the competition.

The magic is in Fengmi's FAV (Feng Advanced Video) image optimizations. These optimizations are in place in order to boost brightness, color gamut, skin color reproduction, and sharpness. On top of that, the HDMI output quality is also boosted.

This projector also comes with over 85-percent NTSC's wide color gamut. All in all, it should be able to provide a rich and vivid picture, but it remains to be seen.

The Mi Projector Vogue Edition utilizes an upgraded graphics edge processing algorithm that can distinguish the edge and details of objects. This helps with image processing, it seems. On top of everything, this projector is also optimized for lower latency for HDMI streaming. This has been improved by about 50-percent, it seems.

The device is equipped with the T972 chip with a maximum frequency of 1.9GHz. This chip is considered to be quite powerful for a projector, and it reduces power consumption by 55-percent. It also supports 8K video decoding.

The Mi Projector Vogue Edition comes with MIUI, but not the mobile variant. This device is equipped with the same software Xiaomi puts in its TVs.

The device is currently being crowd-funded in China, and it's quite obvious that it will get made already. Xiaomi will probably share more info soon.