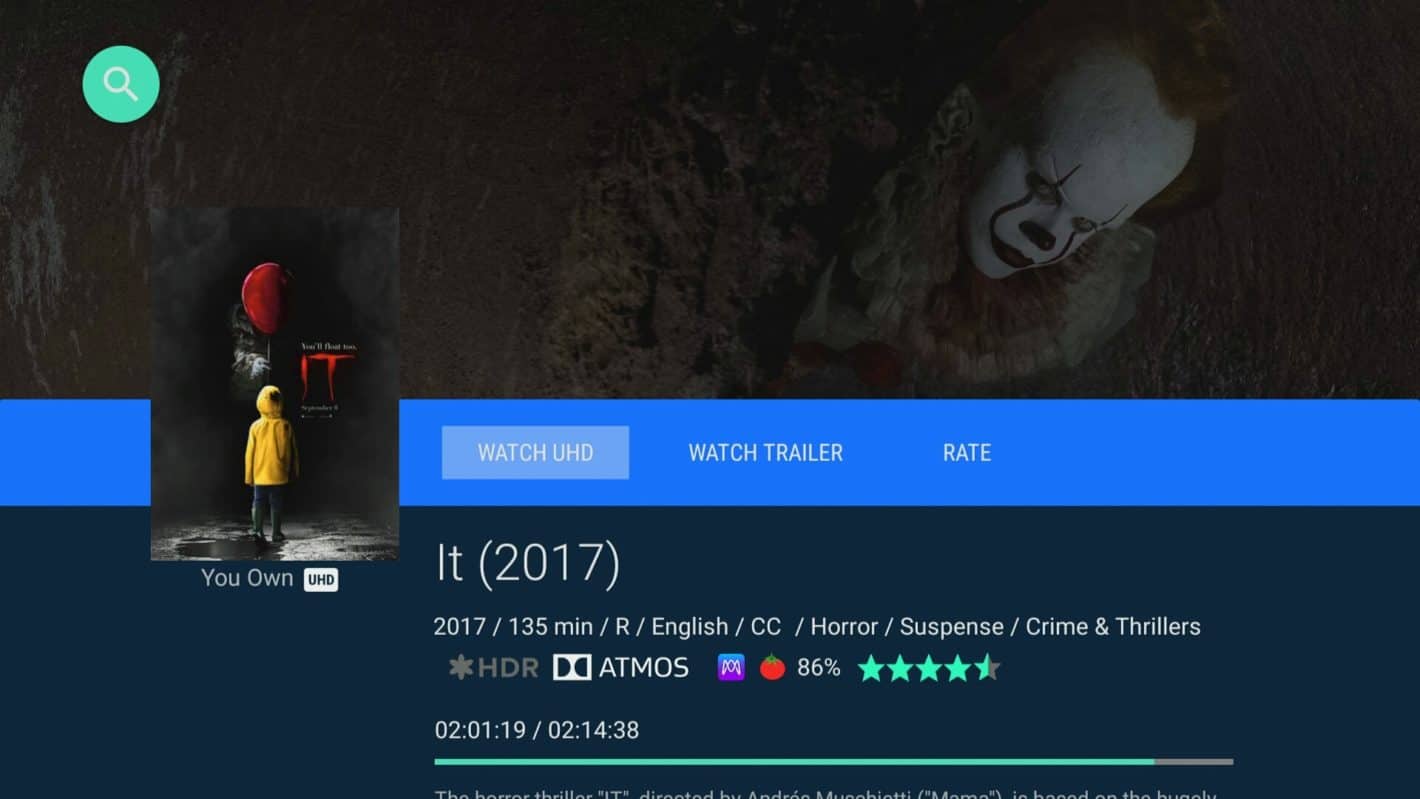 A fix is now available for the 4K issue affecting the Vudu app on the NVIDIA SHIELD TV.

NVIDIA and Vudu have both confirmed the issue has been resolved and affected users once again now have access to UHD (4K) playback.

The fix has been rolled out via the Vudu Android TV app.

HDX removed and UHD returned in the same week

Last month, an issue arose affecting owners of the SHIELD Android TV. The issue was specific to a number of video apps and effectively broke 4K playback through those apps.

Vudu was one of the affected apps and following the awareness of the issue, Vudu announced it was completely removing 4K playback support until a fix was available.

At the start of October it looked as though the issue was coming to an end when NVIDIA confirmed it was rolling out SHIELD Upgrade 8.0.1, This OS update was in part designed to pave the way for the 4K fix to be rolled out by Vudu. However, the situation got worse before it got better.

Earlier in the week, a new update rolled out to the Vudu app that removed HDX playback as well. By this point, both UHD and HDX playback was unavailable.

At the time, NVIDIA explained this was an intentional downgrading by Vudu as part of the preparations for the fix.

When the HDX downgrading took affect, Vudu stated it expected to make a fix available within the coming days. That's now what has happened today.

NVIDIA and Vudu have both confirmed the issue has been resolved. As a result, not only has HDX playback returned, but so has UHD playback as well.

The fix is rolling out directly through the Vudu Android TV app. This means SHIELD TV owners will only regain UHD playback once they've updated the Android TV app. For many, if not all, they may find the app has already been updated.

Those still waiting on the update can manually check if one is available through the SHIELD TV's Play Store. Alternatively, they can try uninstalling the previous Vudu app updates through the SHIELD's Android TV apps section.

NVIDIA previously confirmed 4K playback support had already returned for some of the other affected app, including Movies Anywhere, Google Play Movies and YouTube. The 4K issue only affected the two Google video services in terms of purchased content.

The Google Play Store Vudu app listing has also now been updated reflecting the availability of the latest version.