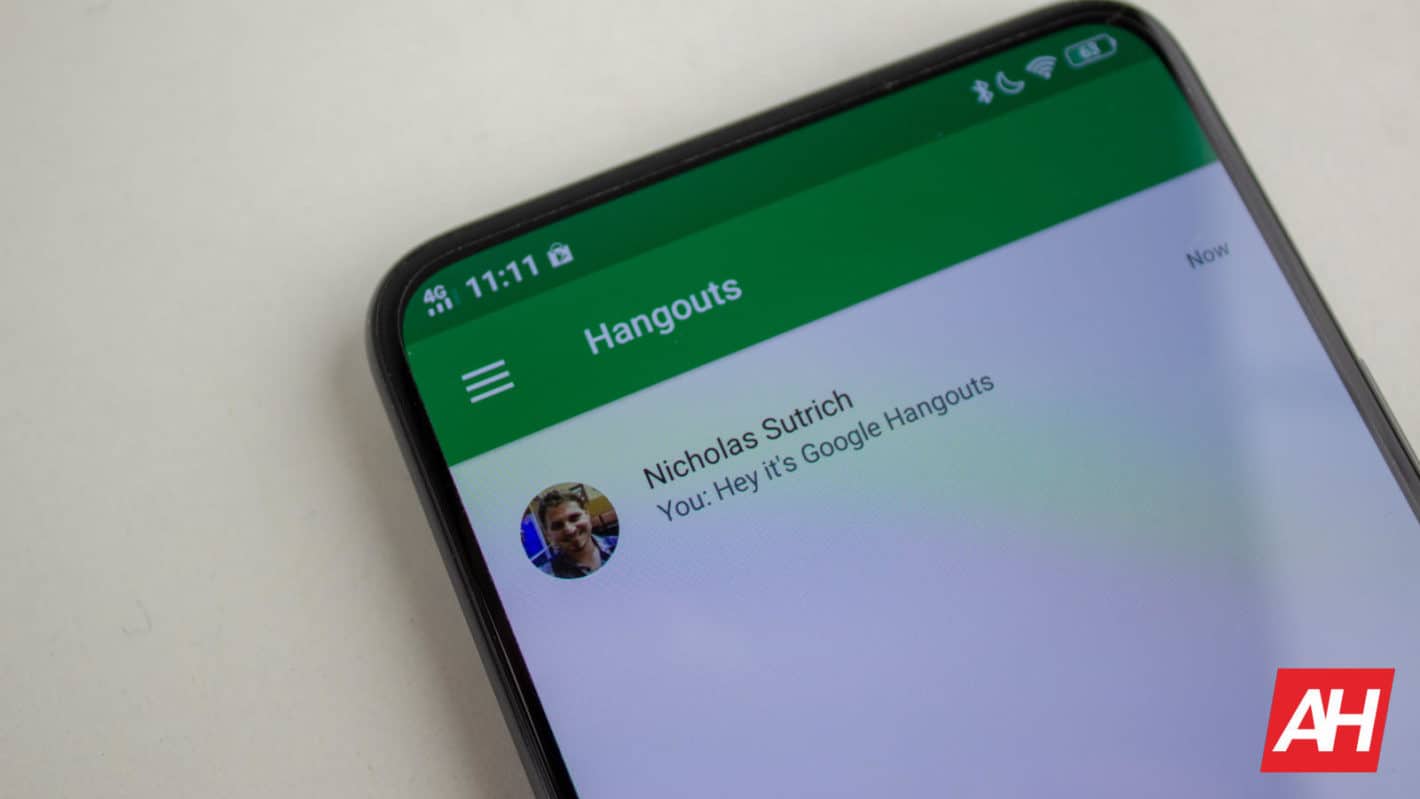 The now all-but-defunct chat app Google Hangouts has been suffering a video-related bug for months and it still hasn't been fixed. That's according to recent reports stemming from a Twitter thread addressing the matter.

The bug effectively stops videos shared on the platform from being downloaded. Once a download is complete, only a thumbnail image from the clip is saved. From a technical standpoint, what's happening isn't that Hangouts is downloading nothing. When users long-press the media and select the "Save Media" option, a file is saved.

At issue is that it's saving a still image. That image has a video file extension. So that it's read by the system as being formatted as a video file. But it's still only a thumbnail that's been downloaded, as shown by swapping out that extension for an image extension such as '.jpeg'.

But wasn't Google Hangouts dead before the video bug?

Setting aside a few limited extensions, it's been known for a year or more that Google plans to kill its primary Hangouts app. The app was heavily associated with Google Plus when it first launched and that app is already dead for all but Enterprise users.

The company has taken to calling it "Hangouts Classic" in the lead-up to that demise. In the meantime, its replacements — Hangouts Chat and Hangouts Meet — have continued to receive improvements.

So that should mean this bug only affects a minimal number of users and, in many ways, it does. Most users have since moved on to other applications but some still prefer Hangouts.

The problem with that is that the new applications being worked on by Google are slow-to-develop. More succinctly, they're currently only available to Enterprise users and not all of the features have found their way over yet.

Alternatives are available but Google needs to patch this soon

Alternatives to Hangouts are widely available since chat apps are a dime a dozen. More accurately, there are hundreds of alternatives such as Telegram. Most of those are completely free to use too and some have gained even better functionality since Hangouts was effectively abandoned. That's because they've continued evolving.

None of that means Google would be better off leaving this bug alone though. That's especially true where users only have access to the app and not the online, in-browser variant. The Hangouts web app doesn't seem to be suffering the same issue.

In reality, if Google shuts down Hangouts entirely with this bug still in place some users could lose out big. Before abandoning the project, the app was already in use by a not-insignificant number of people.

Although it's a good idea to back up videos and photos, in at least some cases Hangouts may have served as a primary way to share the media.

That means that when Hangouts goes away, so do the videos in question. In some unknown subset of cases, that will mean the only copy of some of those videos will be gone for good. That's going to present a real problem for users without access to the web variant of the service.