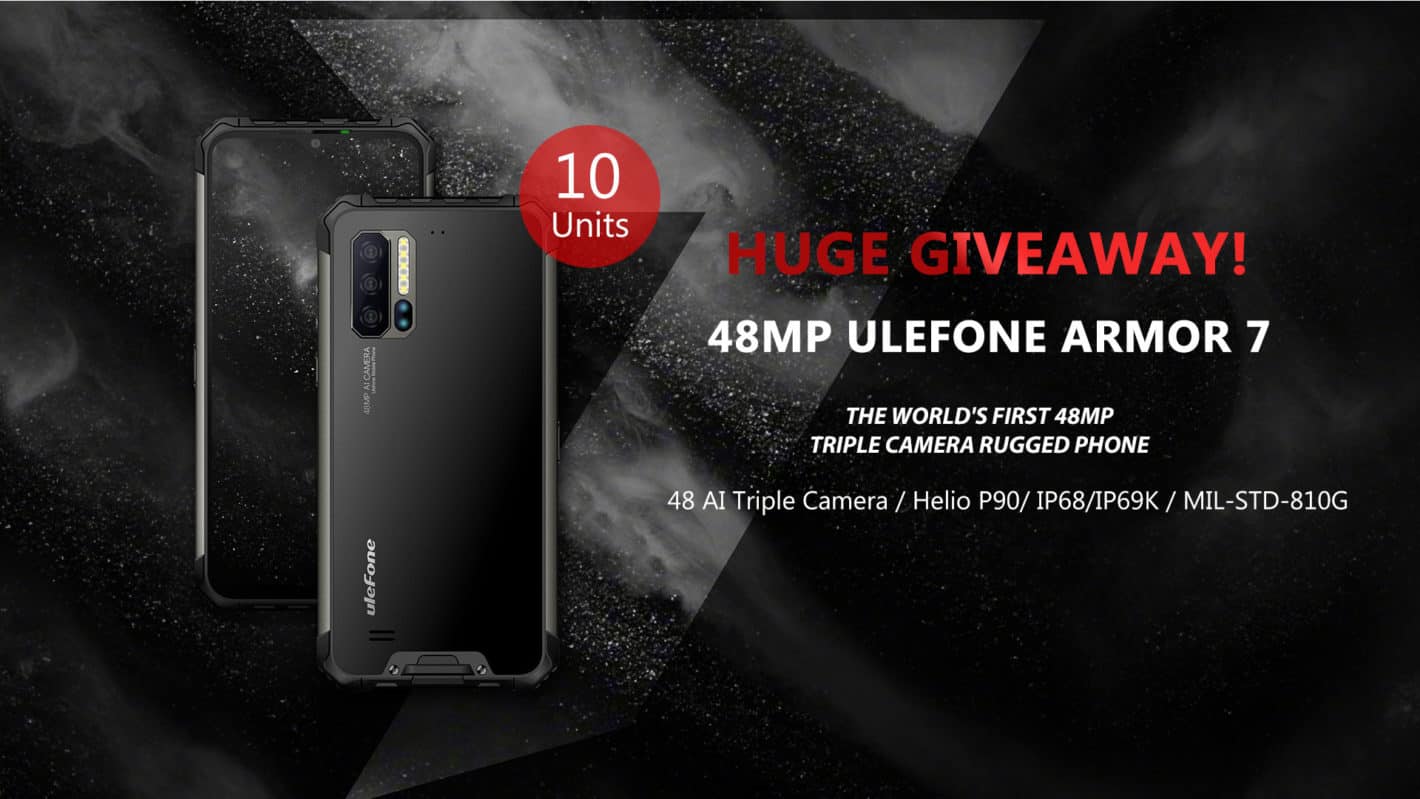 Ulefone has announced a new giveaway. This time around, the company is giving away ten Armor 7 handsets. For those of you who don’t know, the Armor 7 is one of Ulefone’s best rugged handsets.

The Ulefone Armor 7 is not yet available for purchase. The company opted to organize this giveaway even prior to the global pre-sale of the device.

This giveaway has not started just yet, though. Ulefone is asking you to sign up to the company’s newsletter if you’d like to participate. Once you do that, Ulefone will notify you once the event begins.

We do not know when exactly will the giveaway start, but it will commence in the near future, that’s for sure. The company may announce its start within a couple of days, or a week, perhaps, we’ll see.

The Ulefone Armor 7 is a rugged phone with a waterdrop display notch. This device does look rugged, it’s reinforced all around. The phone is made mostly out of metal, though some other materials have been used.

This handset features a 6.3-inch fullHD+ display, along with 8GB of RAM and 128GB of internal storage. MediaTek’s Helio P90 64-bit octa-core processor fuels the device.

The Armor 7 is IP68/IP69K and MIL-STD-810G certified. That means that the phone is both water and dust resistant, on top of being really resistant to drops and whatnot.

A 5,500mAh battery is also included in this package, and the phone supports Qi wireless charging (10W). The device also supports OTG reverse charging. Android 9 Pie comes pre-installed on the device, in case you were wondering.

Ulefone also included an NFC chip in this phone, and the device supports Google Pay. A 48-megapixel main camera sits on the back of the Armor 7.

The Armor 7 even comes with a heart rate sensor, and an LED flash is placed on the back of the device. A side-facing fingerprint scanner is also included on this phone.

Ulefone included the so-called “Easy Key” on this phone as well. That is a customizable physical button that is placed on the side. You can set this button to be an SOS button, a shortcut to your camera, and so on. If you’d like to sign up for the company’s newsletter, click the link down below.