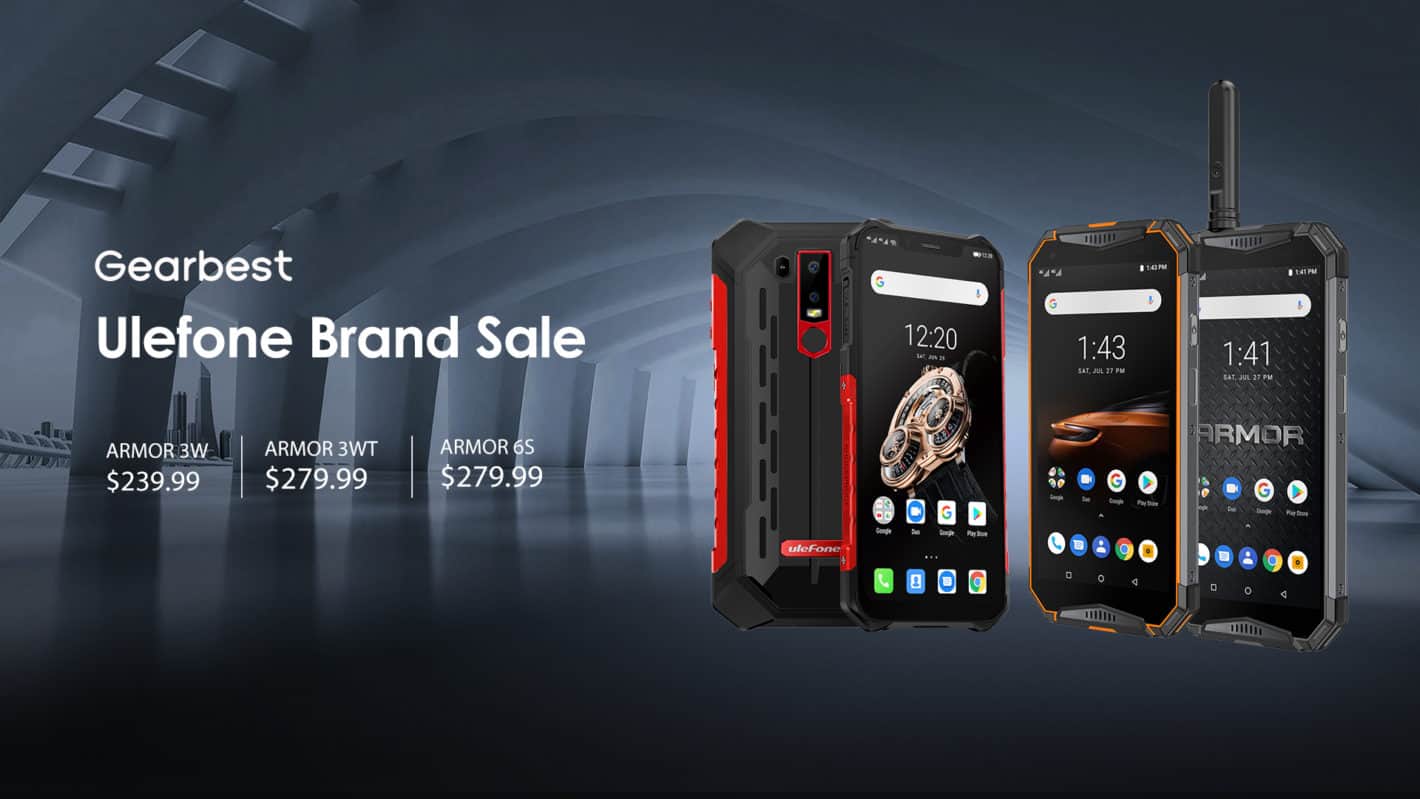 Ulefone has decided to discount quite a few of its smartphones. The Ulefone 'brand sale' event is taking place on GearBest, and if you're interested in the company's smartphones, it's worth checking out.

Ulefone has discounted a lot of smartphones as part of this 'brand sale' event, but the biggest focus is on the three newest phones in the company's lineup. We're talking about the Ulefone Armor 6S, 3W, and 3WT.

All three of those phones are rugged devices, and are worth a look if you're looking for such a phone. Before we begin talking about those devices, it is worth noting that this sale is time-limited, of course. The Ulefone 'brand sale' will last until October 31.

The Ulefone Armor 6S can now be yours for $279.99. The phone does look like a rugged device, and has a somewhat unusual shape. There are two cameras on the back of this device, and a rear-facing fingerprint scanner.

The Armor 6S features a 6.2-inch fullHD+ display, and includes a notch. The Helio P70 64-bit octa-core processor fuels this phone, while you're also getting 6GB of RAM. 16 and 8-megapixel cameras sit on the back, while an 8-megapixel camera is included on the front. Android 9 Pie comes pre-installed, while the device is IP68, IP69K, and MIL-STD-810G certified.

The Ulefone Armor 3W and 3WT are almost identical. Both of these are rugged devices, and the difference is in the walkie-talkie feature. The Armor 3WT comes with a slot for an antenna up top, and can serve you as a regular walkie talkie.

These two devices are visibly rugged phones as well. Both include a single camera on the back, and a side-facing fingerprint scanner. Both phones are fueled by the Helio P70, while a 10,300mAh battery is also a part of both packages.

Other devices that are part of the Ulefone 'brand sale'

These three devices are not the only ones that have been discounted, not even close. Ulefone has decided to discount a number of other rugged phones, and those non-rugged ones. The Armor 6E is now priced at $199.99, while the Armor X3 costs only $85.99.