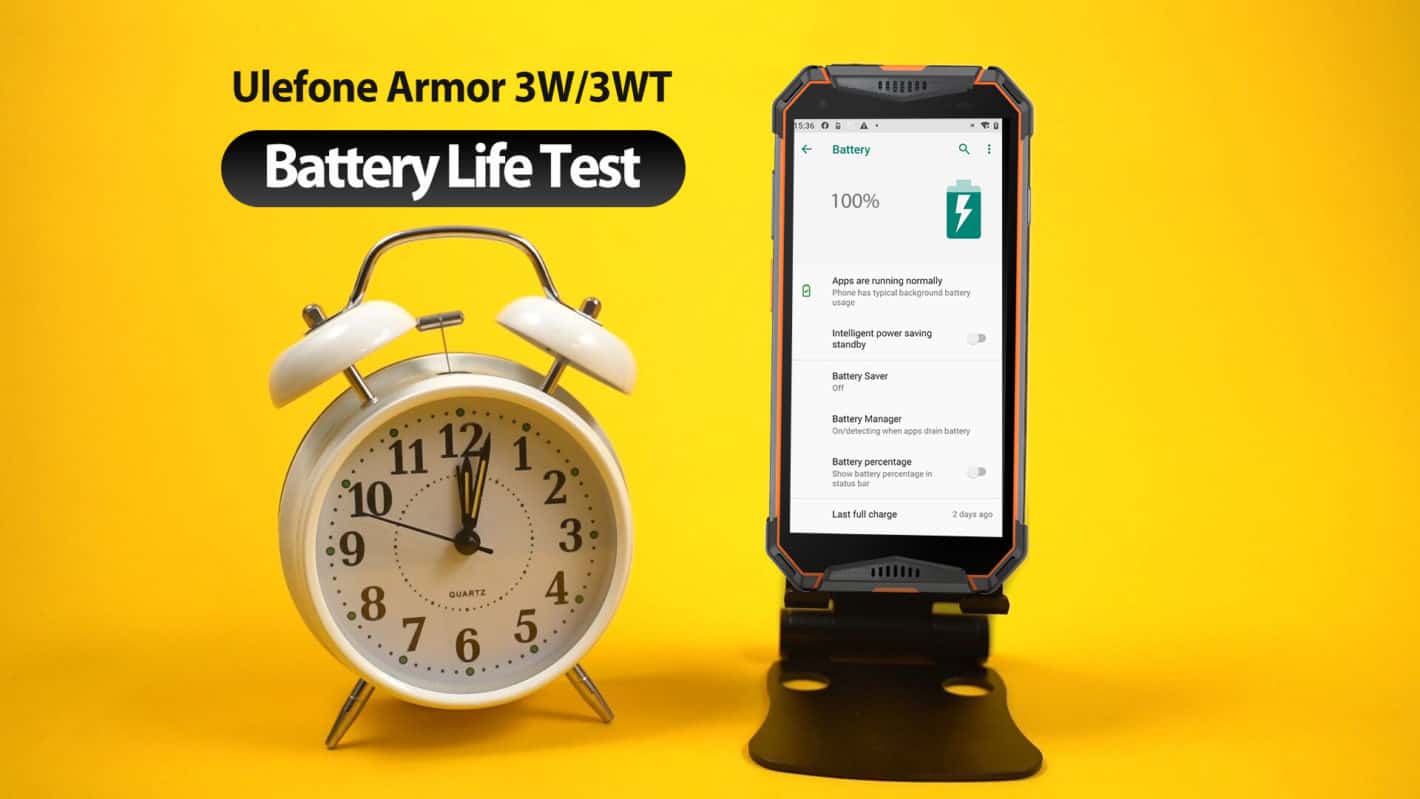 This test has been published via the company's official YouTube channel. The video itself has a duration of about a minute, and it applies for both devices. These two devices are almost identical, save for the walkie-talkie feature of the Armor 3WT. The Armor 3W and 3WT have the same specifications, and the same battery on the inside.

Speaking of which, both devices include a 10,300mAh battery, which is huge, needless to say. Well, it turns out that battery can provide you with a ton of usage, before it dies. That is not exactly surprising, but this video does give out more detail regarding that.

After a 30-minute phone call, the Armor 3W(T)'s battery level dropped from 100-percent to 99-percent. So only 1-percent of battery charge was used, and the display was on the whole time. Its brightness is also tuned all the way up. That goes for pretty much all tests here.

After half an hour of music-listening, the phone's battery level dropped to 97-percent. So, only 2-percent of battery charge was used for music-listening purposes.

After half an hour of video playback, the phone's battery stood at 95-percent. Which means it dropped an extra 2-percent during video playback.

Gaming usually drains the battery the fastest. Well, after half an hour of gaming, PUBG in this case, the phone's battery dropped only 3-percent. It stood at 92-percent at the end of the gaming session.

After two hours of intensive use, 92-percent of battery charge remained

That is also the last test that Ulefone provided us with. So, after two hours of usage with 100-percent of brightness, the phone's battery still stood at 92-percent. Not even some gaming managed to push it further down.

Ulefone says that people use their phones 4-5 hours a day. And by that, the company means screen-on-time, of course. Having that in mind, the company claims that this phone can hold for 5 days with such usage.

Both of these devices are rugged smartphones. They are IP68/IP69K and MIL-STD-810G certified. They are both water and dust resistant, while they can handle some drops as well.

Both phones are fueled by the Helio P70 64-bit octa-core processor, and come with 6GB of RAM. A 5.7-inch FullHD+ display is also included in the package, and the same goes for a fingerprint scanner.

Android 9 Pie comes pre-installed on both devices, while you will find a single 21-megapixel camera on the back of these two phones. Both devices are currently on sale on AliExpress, the Armor 3W and 3WT are priced at $239.99 and $279.99, respectively.