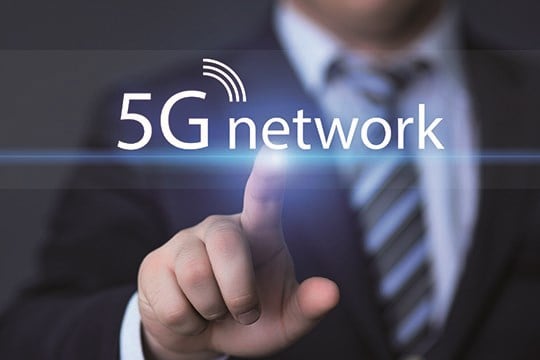 The UK might procure 5G gear from Huawei after all, alleges a new Sunday Times report. Apparently, Prime Minister Boris Johnson wants to abide by Theresa May's decision of keeping the ban limited to the core parts of 5G networks only.

This means that Huawei will potentially be allowed to provide non-core technologies to British carriers. The country reportedly doesn't want to delay the matter any further. Otherwise, it risks being left behind.

Of course, this could irk the U.S., as not only has the country banned 5G equipment, but it also wants Western allies to follow suit.  However, insiders say that the UK will probably go with Huawei because there are no other suitable alternatives.

The only other options are Ericsson and Nokia. Not only is Huawei's technology considered more advanced than that of its Nordic counterparts, but it's also cheaper. Moreover, the Chinese giant's equipment already forms the basis of the existing networks in many countries. Thus, it's not as easy for them to replace Huawei as it is for the U.S.

Although Britain's intelligence agencies believe in a cautious approach, they haven't called for a complete ban on Huawei. Allowing the company to provide less sensitive equipment will be something of a middle ground.  After all, the company is the main supplier for all four major carriers in the country. Thus, a blanket ban can be difficult to implement.

Caught In The Middle: Boris Johnson Doesn't Want To Infuriate The U.S. Apparently

Although the former Prime Minister reportedly wanted to maintain the status quo, Johnson supposedly wants to stay in the good books of the U.S. President Donald Trump. After all, he already has to deal with Brexit. So, this is clearly not the time to upset another ally. But then again, the UK government doesn't want to lag behind other countries. So, this is something of a catch-22 situation. A decision might be finalized by next month. In fact, Britain is already running late. A decision would most likely have been taken already had May not resigned.

Responding to these rumors, the spokesman for Prime Minister Boris Johnson said today that the government has still not decided whether it will allow Huawei access to the 5G telecoms network.

Back In August, Huawei's founder Ren Zhengfei said that he is confident that the UK will not ban the company's 5G gear. China has also warned the country that blocking out the firm can have adverse effects on trade and investment.

Earlier this month, British telecom companies and academics told a Parliamentary inquiry to green light Huawei's equipment. Most of them rubbished U.S. concerns regarding the security of the company's hardware. Moreover, many in Britain also supposedly believe that the country should prioritize economic growth that will come with the deployment of 5G networks.

Even in the U.S., many tech companies want the ban to end. They argue that if the embargo continues, Huawei will take its business elsewhere and this will be a lost opportunity. However, it doesn't seem like Trump will budge. We can expect major decisions from both the UK and the U.S. regarding Huawei next month.