Those of you who like ice hockey are probably quite excited at this point. A new NHL season is starting in a couple of days, and it seems to be quite promising. Well, if you are looking forward to it, we’ve prepared some apps for you, to fill the holes between matches.

In the list down below, you will find both NHL apps and games, in fact. First we listed some NHL apps for you, and below that, you’ll find several games that may interest you. We did our best to mix things up, and add some variety to this list.

You will find some live score apps included here, some realistic hockey simulation games, some arcade games, and even an official NHL app. Other than the fact apps are listed first, there is no specific order for them or for the games we’ve listed, so keep that in mind. NHL is the first app we’ve listed, but not necessarily the best one. This app has been getting some negative reviews lately, as users have been having various issues with it. Such issues will hopefully be fixed soon, as when it works, this app is really great. It offers a ton of information on NHL games, teams, and players, while you can even watch over 1,000 national and out-of-market NHL games…with a subscription, though. The app is free, but to access some content, you’ll have to pay up. Pro Hockey Radio is an app that we’ve stumbled upon quite recently. This is actually quite a useful app is you’re not able to watch most NHL games live, and would rather listen to them. This app allows you to listen to local radio stations for games live. You can set up your favorite teams, and have all the necessary info on your favorites page. The list for supported teams is quite long with this app, if you’d like to know more, hit the link down below. Sports Alerts – NHL edition is one of two live score apps we’ve decided to list here. As its name says, this application focuses entirely on NHL. This app will push score updates to your phone, as changes happen, while you will also get access to much more info. You can check out standings within this app, team information, and even info on select players. There are various alerts that you can set up in the app, so that you’re properly informed. SofaScore is the second live score app on the list, and the last regular app. This is one of the most popular live score apps in the Play Store, for a good reason. SofaScore offers you a chance to follow a ton of sports, and it actually does a really good job. Live score updates are also available, along with a ton of statistics and whatnot. This application also supports dark theme, if that’s something you’re into. 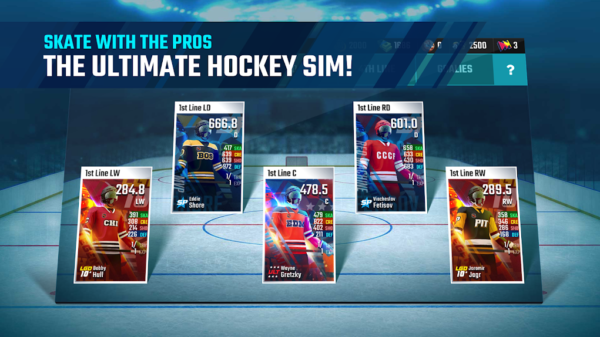 Franchise Hockey 2019 is one of the best hockey manager games for Android. This is a comprehensive game that will allow you to take care of your team in various ways. The main focus is on matches themselves, of course, and the tactics behind them. You can unlock various special edition players as you progress, and buy players along the way as well. All in all, if you like manager games and hockey, this is the game for you. 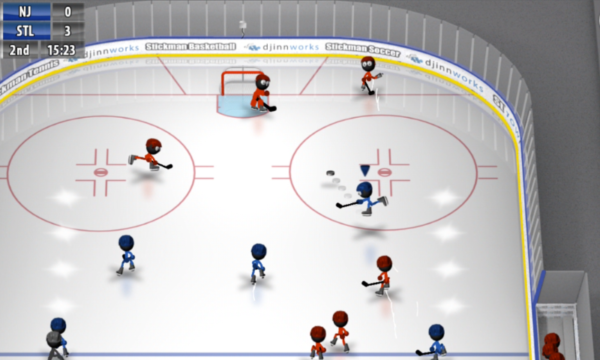 Stickman Ice Hockey is a hockey arcade game. This game puts most focus on the gameplay itself, and doesn’t take itself too seriously. This game is quite fun, and relaxing as well. The controls are simple, and all players are “stickman” characters, as you can see. You can play various cups in this game, and a full season if you want. Various different season modes are available, and 46 national and international hockey teams to choose from. 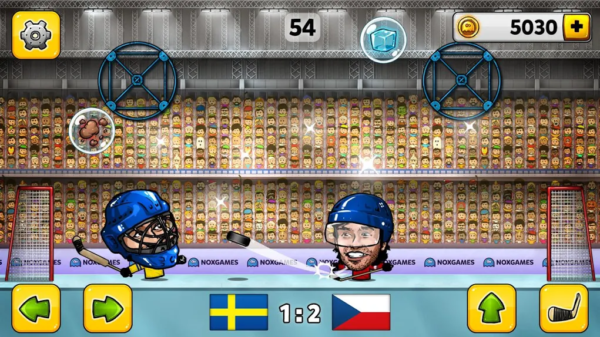 Puppet Hockey: Pond Head is yet another arcade hockey game. This is quite a fun game which uses funny cartoon caricatures as hockey players. You can actually play one-on-one with your friend in a local 2-player mode, on one device. That mode actually brings the most fun with this game, at least in our experience. You can also unlock some special abilities in this game, which makes it even more fun. 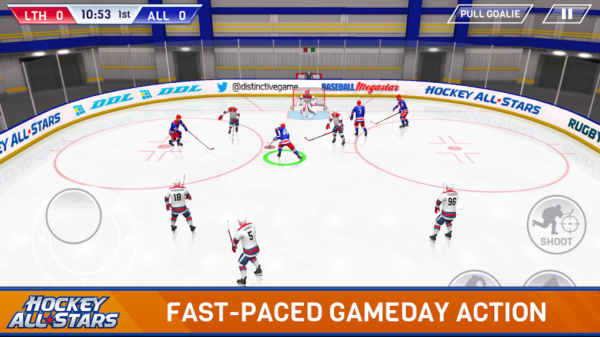 Hockey All Stars is a hockey simulation game. Graphics in this game are really good, and the gameplay is fast-paced, which makes the game fluid and fun. You can build your own team in this game, and play the season in order to challenge for the trophy. You can also train your players to improve their statistics. The game is free to play, but in-app purchases are included in the package. Glow Hockey is the simplest game on this list. If you’d just like to relax a bit, and play some air hockey, Glow Hockey is a great choice. There are three themes that you can choose from in this game, and a local 2-player mode (on the same device) is also an option. The developer claims that this game offers realistic physics, and you can choose from four selectable paddles and pucks.