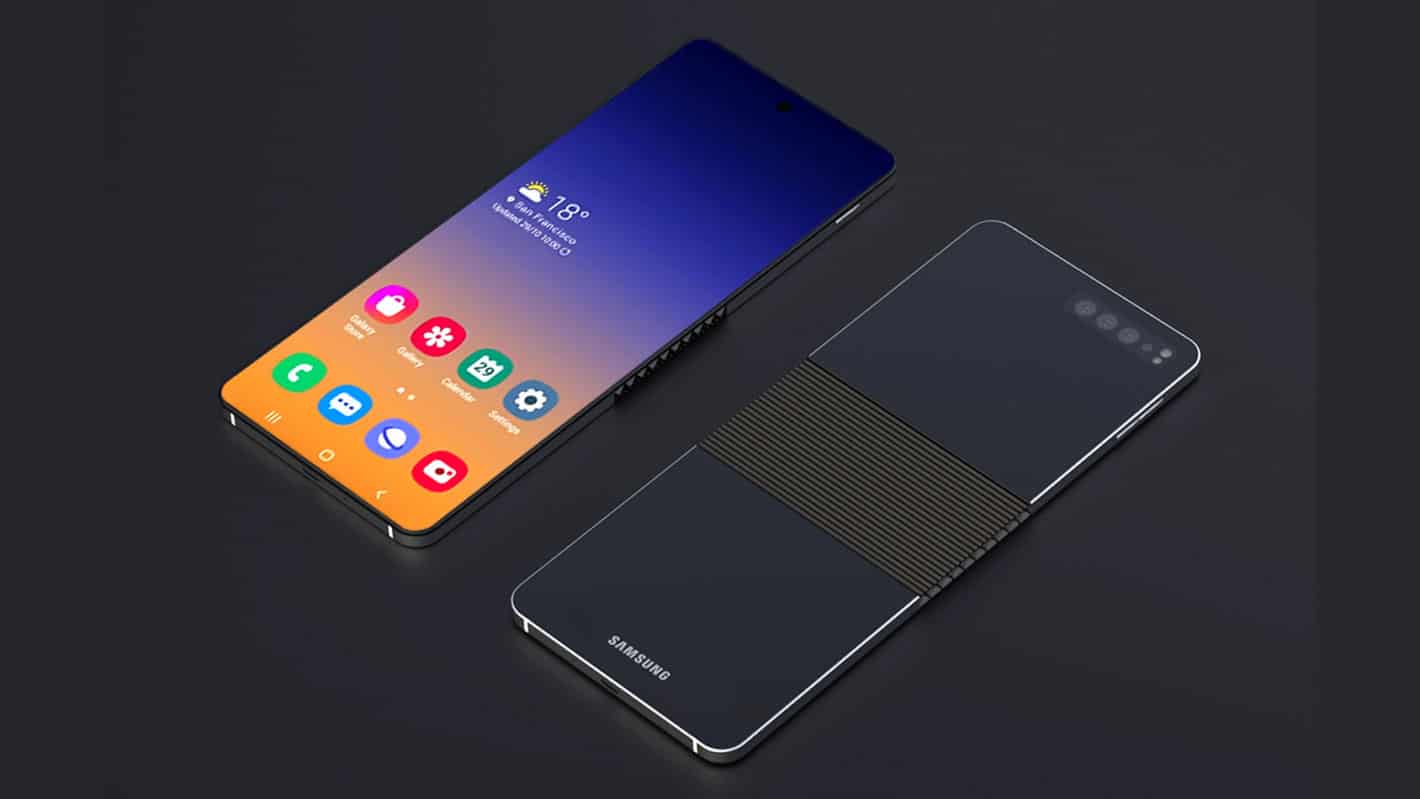 Samsung had teased its upcoming foldable smartphone yesterday, possibly the Galaxy Fold 2. The company released a brief teaser video during the Samsung Developer Conference 2019 that is currently ongoing.

This new foldable smartphone is probably the Galaxy Fold 2

That device folds vertically, it's essentially a clamshell-style foldable smartphone. That is likely the upcoming Galaxy Fold 2, and if it looks familiar, there's a good reason why.

Back in August, several patents for foldable smartphones that Samsung submitted came to light. One of which resembled the device that Samsung teased quite a bit.

Now, based on the info that Samsung shared yesterday, Letsgodigital created a render that could represent the upcoming phone. Samsung does show the device in its teaser video, but we don't get a proper look at it.

That teaser video is quite dark, and it's meant to tease the upcoming phone, not reveal it fully. The only thing we do know for sure is that it will have extremely thin bezels, and a centered camera hole at the top of the display.

The back side of the phone hasn't been shown at all. Well, in a render provided above this article will give you a better look at the device. The source seems confident this will be the design of the company's upcoming phone. That foldable phone will likely be called the Galaxy Fold 2.

Well, the device may not be identical to this image, but it will be similar at least. It seems like its sides will be a bit more curved than what this image leads us to believe. At least it seemed like that in the company's teaser video.

The device's bezels are almost non-existent

The device's bezels will be almost non-existent, while you can get a good look at the phone's hinge here. That is one large hinge, as expected.

The phone's power / lock key will be placed on the right, while the volume up and down buttons will sit on the left. A Type-C USB port will be included on the bottom, while a 3.5mm headphone jack will not be a part of the package.

This render may be missing a loudspeaker on the bottom, as that is probably where Samsung is planning to place it. We could be wrong, though.

We're still not sure when will the Galaxy Fold 2 arrive, but Samsung may stick to its release cycle. If that ends up being the case, it will arrive in the first quarter of this year, a year after the original Galaxy Fold.

That device will include top of the line specifications, and it may launch at the same time as the Galaxy S11. In other words, we're expecting it to arrive either in February or March.

UPDATE: Letsgodigital added more concept images, all of them have been included in the gallery below.