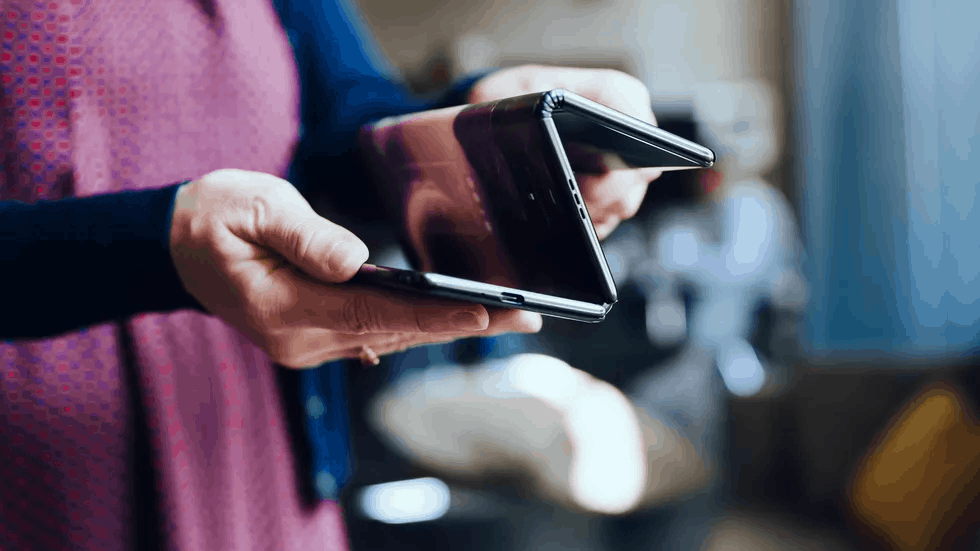 Unlike the Samsung Galaxy Fold, and Huawei Mate X, this phone folds in three parts. It comes with two hinges, and it can become a 10-inch tablet when unfolded. When folded, you're essentially using a smartphone.

Considering that this phone has three parts to fold, it's a bit thicker than the Galaxy Fold and Mate X. Its exact thickness was not mentioned, though. That is not surprising considering this is just a prototype.

What's interesting here, is that this phone's hinges move in different directions. They create a 'zigzag shape', as the source mentions. TCL is actually utilizing its DragonHinge hinge here, which was announced months ago.

This prototype smartphone doesn't really have a name yet, notes the source. It also doesn't have a price or a target window for production. Unfortunately, it doesn't even have a working screen.

This is a nice indication of what is coming, though. TCL is definitely planning to release a phone like this, but we just don't know when. If it manages to keep this exact design, or something close to it, it may end up being interesting to consumers… presuming that the price is right, of course.

TCL is best known for its TVs, so releasing a foldable smartphone may be more troublesome than you may think. Samsung and Huawei are well-known smartphone manufacturers, so you'd expect them to release foldable smartphones. Those brands will find it easier to sell such a phone, than someone like TCL. TCL is trying to innovate here, though, and this phone does seem to be quite interesting, so we'll see.

The Samsung Galaxy Fold has been released quite recently, while the Huawei Mate X is coming soon. Both of those devices were supposed to arrive earlier this year, but were postponed.

Both companies decided to work some more on their hardware, in order to make the two devices as resilient as possible. The Galaxy Fold is still quite fragile, though. It needs to be handled with care, or you could break it really fast.

It remains to be seen how will the Mate X compare. The Huawei Mate X is coming on November 15, as it was announced by the company quite recently.

The Galaxy Fold is more affordable than the Mate X, and it remains to be seen how much will this foldable smartphone from TCL cost.

It is also worth noting that Motorola is planning to release a foldable smartphone before the end of 2019. Xiaomi is also working on its foldable phone, but we still do not know when will it launch.