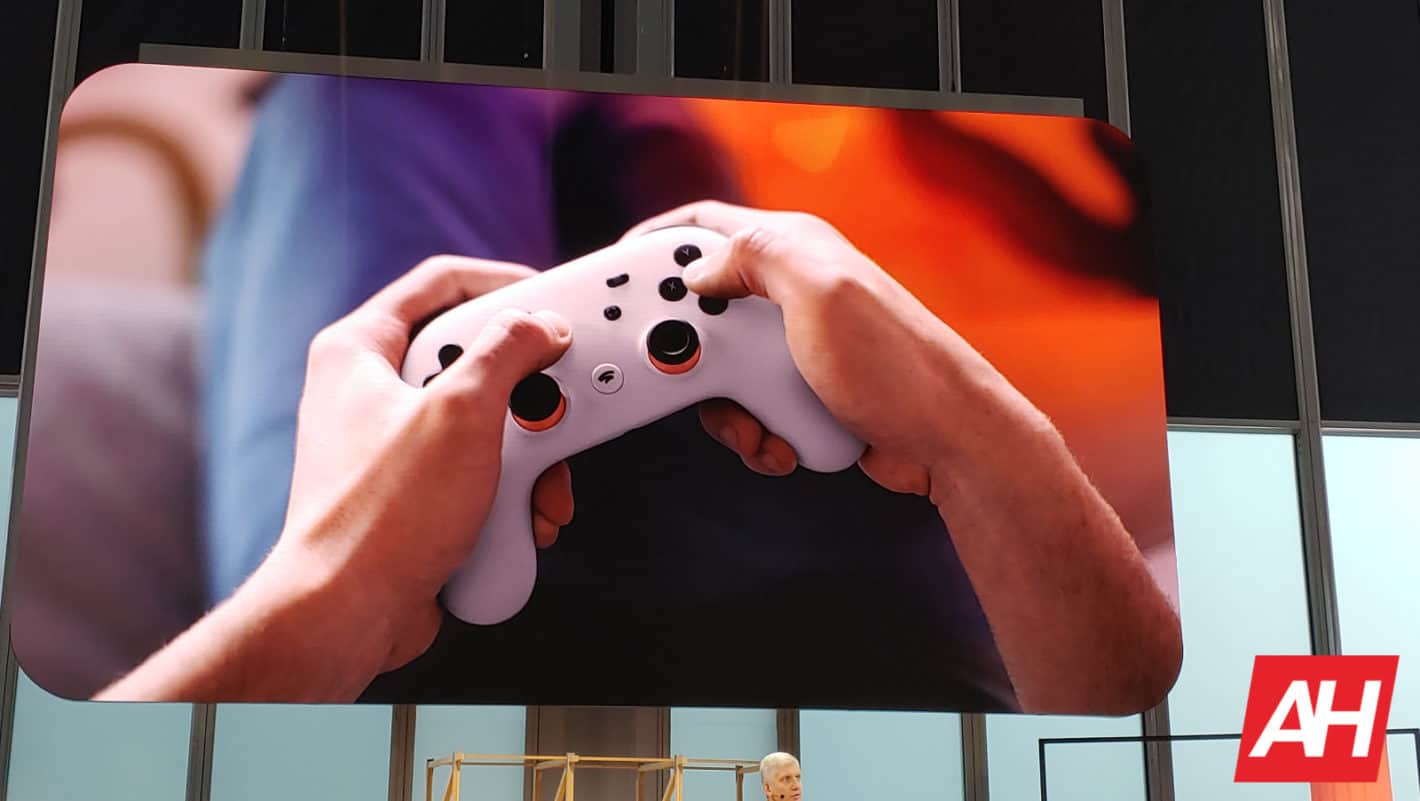 Google has now confirmed that the Stadia controller will only work in a wireless capacity with the Chromecast Ultra. At least initially.

Google was never too clear about this prior to now. But in yesterday's brief Stadia video that popped up on YouTube, you can see a quick snippet of a phone and laptop connected to the controller through a USB. Which hinted at this being the case.

Directly after that, it even includes a small disclaimer that wireless play is only compatible with Chromecast Ultra at launch. Aside from the video, a Google employee confirmed the details to a user yesterday on the official Stadia Reddit.

Eventually the controller will be usable wirelessly with supported smartphones, tablets, and desktops. For now, though, users will need to connect a USB cable to the controller from their chosen device.

In the Reddit post, u/GraceFromGoogle notes that the Stadia controller will basically be like any USB HID controller. Since you need the cable to use it with anything but a Chromecast Ultra-powered TV or monitor.

This is a bit of a weird move. But, Google likely has its reasons for imposing this particular limitation. Just like it's limiting the devices which can use Stadia on while away from the home and a TV, it probably wants to ensure a smooth launch experience. This could be its way of doing that.

This might make things feel a little less streamlined

Having to connect a USB cable to your phone for Stadia play on the go, even if just for a launch period, isn't all that bad. That being said it still has the potential to make things feel less streamlined for players.

Another thing not supported at launch (though this time for all devices) is Bluetooth audio. To listen to audio through headphones, you will need to connect a wired pair through the port on the bottom of the controller.

Now imagine you're playing games on your Pixel 3 or Pixel 4. Not only are you connecting a USB cable through the controller's top port, you're also connecting a set of wired headphones through the bottom port.

Luckily, the ports are out of the way of any hand or finger placement. So they shouldn't impede gameplay much. But you'll still be tethered to your device with not one, but two cables.

Google doesn't offer up any information whatsoever about when wireless play will support other devices. It could be before the end of the year, but it could be in 2020 as well, closer to the launch of Stadia Base. Or just whenever Google feels it's ready.