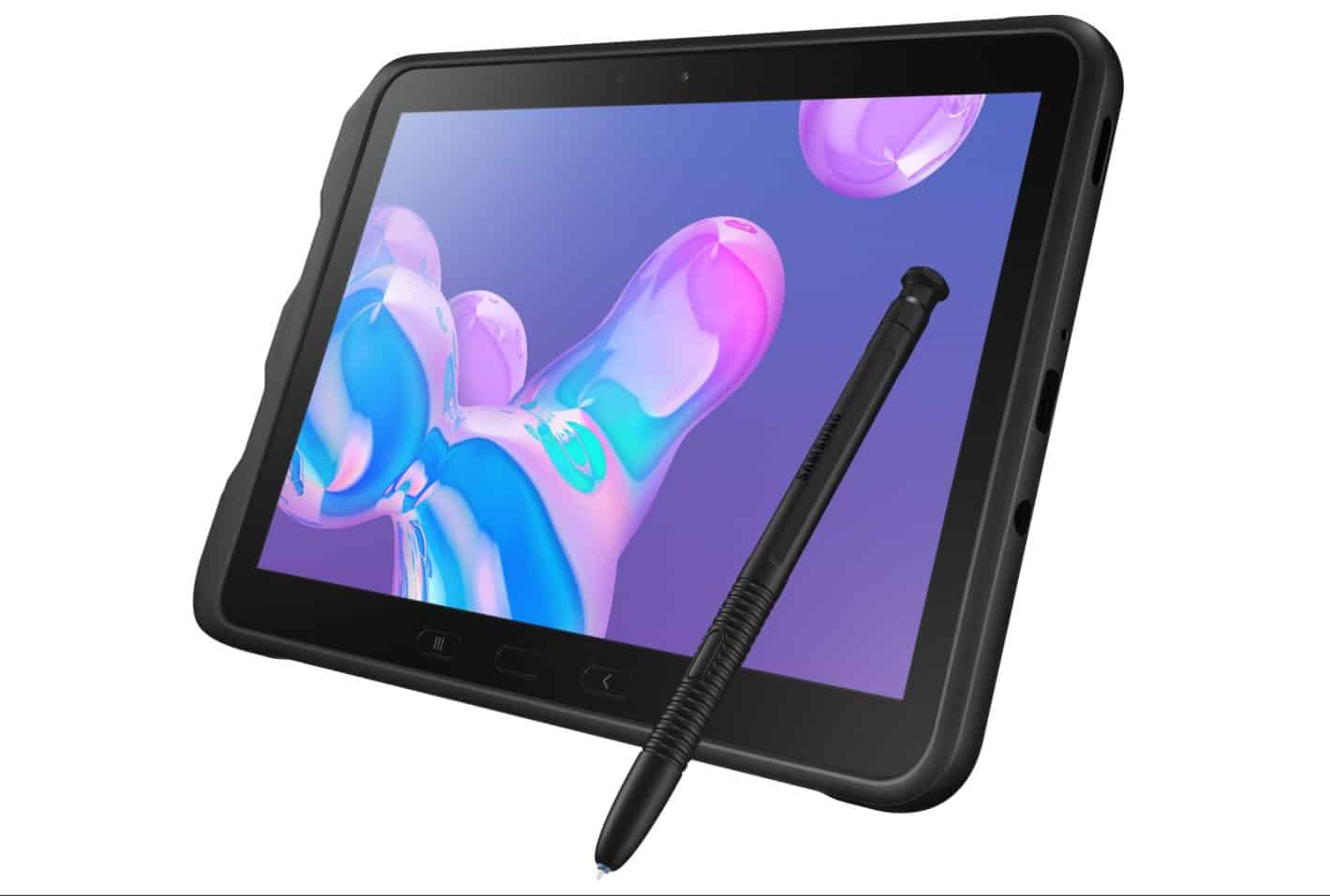 Samsung's Galaxy Tab Active Pro which was previously available in select markets can now be bought in the U.S. This is no ordinary slate and it's not targeted at regular consumers. Instead, this is a business tablet aimed for people who work outdoors, especially industrial workers who are faced with extreme conditions like harsh weather.

This tablet has been designed to survive rough handling. Samsung says it's highly durable and can tolerate intense temperatures, high pressure, and vibrations and drops, thanks to the military-standard MIL-STD-810G certification.

It is also IP68 certified against water and dust. The slate supports the S Pen too, and the stylus also has the IP68 certification. With it, you can interact with the tablet's gigantic 10.1-inch display even when it's wet. Similarly, Samsung says the touchscreen will work fine even if your work gloves are on.

Keeping the lights on is a gigantic 7600 mAh battery. It can sustain the Galaxy Tab Active Pro for 15 hours and with fast charging, the cell can be topped up quickly.

However, when you are in a rush, just take off the removable back panel, and replace the drained battery with the backup cell. This feature can be a lifesaver for people who work multiple shifts or whose job is field-based.

For added convenience, there are POGO pins that can enable users to attach third-party accessories easily. There is also a mappable button than can be customized to provide faster access to frequently used business applications.

Productivity Can Be Increased Further With Special Accessories

The ruggedized slate also supports DeX5, allowing workers to increase their productivity by either using it as a workstation with a keyboard plugged in or connecting it to a monitor. For security, there is Samsung Knox. The South Korean giant says this is a defense-grade security platform made from the hardware level.

There is also an NFC chip inside that makes the slates mPOS ready, so that managing inventories and securing payments is possible. Google AR Core is also supported to leverage augmented reality for things such as employee training.

Samsung has also partnered with firms like Citrix to give companies access to a broad range of industry-specific applications such as those related to factory automation, employ safety, and resource management.

Galaxy Tab Active Pro is underpinned by the Qualcomm Snapdragon 670 chipset. It has 4GB of RAM and 64GB of internal memory that can be expanded up to 512GB with a microSD card. The tablet runs Android 9 Pie.

The Wi-Fi-only Samsung Galaxy Tab Pro can now be bought via Samsung's IT reseller partner channel. The LTE version is coming on November 15. The WiFI variant will cost $599.99, and you will have to cough up $679.99 for the other one. Later on, the tablet will also be available on Samsung's own website.