Samsung has just unveiled its latest Exynos mobile processor, the Exynos 990, and says it will offer “unparalleled performance” for today’s mobile devices.

The company revealed the new chip at Samsung Tech Day, an event it holds for some of its various new and upcoming products. Though usually for components and not devices.

In addition to announcing the Exynos 990, it also unveiled the Exynos Modem 5123. This will help usher in new advancements for the future of 5G mobile networks.

Samsung is boasting that this new chip will have unparalleled performance. Specifically, it also claims that the chip will help with performance in mobile games.

The chip won’t be doing this all on its own though. Thanks to the use of the Mali -G77 GPU from ARM, graphics performance and power efficiency will improve by up to 20-percent.

The ARM Mail-G77 GPU is built on the Valhall architecture. Samsung says this is the first GPU to be built this way.

Samsung also notes that the chip brings along an overall performance increase of 13-percent. Thanks to the tri-cluster CPU structure. This structure is made up of two Cortex-A76 cores and four Cortex-A55 cores. These are aimed at high performance and power efficiency respectively.

The new Modem 5123 is one of the first to be designed with the 7nm EUV process. And, according to Samsung it will work on virtually all networks.

It also offers outstanding downlink speed “across the board.” The Exynos Modem 5123 was designed to address the needs of next generation mobile connectivity.

The modem will support downlink speeds of up to 5.1-gigabits per second in 5G. That kind of speed isn’t necessarily delivered by mobile networks yet. However, when networks catch up, they’ll have a mobile modem that can handle these speeds. 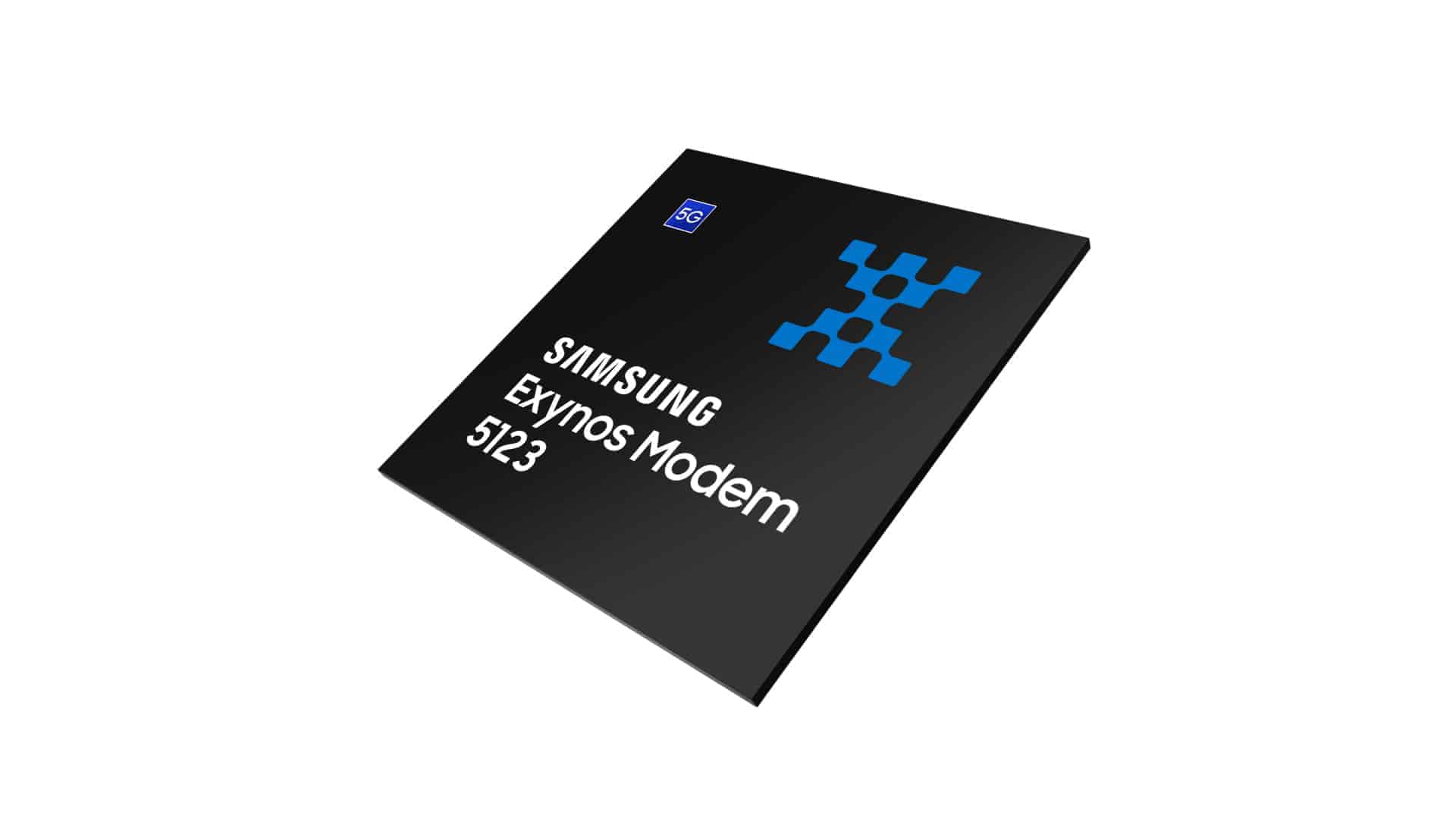 If used while connected to an 4G LTE network, the modem can reach speeds of up to 3.0-gigabits per second. So, no matter the network connection type, the possibilities for speed are high. At least based on Samsung’s information.

Real-world results will obviously vary. And not everyone would be able to get these kinds of speeds. That being said it’s good for device manufacturers and carriers. Not to mention consumers. As devices with these chips and modems will have more future-forward capabilities.

Samsung isn’t expecting the new chip or the new modem to enter a production phase until the end of 2019. This means consumers shouldn’t expect devices to carry this new technology until sometime in 2020, likely in the middle of the year or towards the end.